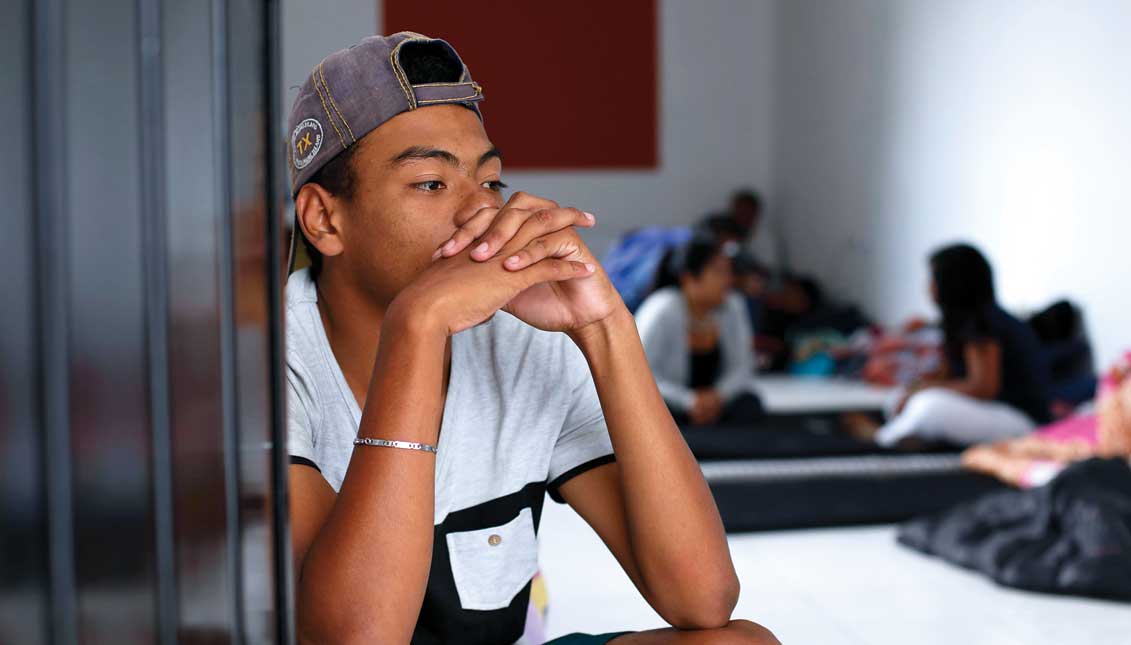 While saluting Mexico's laws on immigration on Twitter, President Trump enforced the border security by sending thousands of National Guards to the border. EFE

The practice of separating immigrant children from their parents at the southern border, one of the most heinous and inhumane policies of this administration,…

Submerged under the dirty deluge of presidential tweets, Russia collusion news, daily corruption scandals and the bullying and crassness coming out from the White House, the practice of separating immigrant children from their parents at the southern border, one of the most heinous and inhumane policies of this administration, remains largely ignored by the public.

Yet, the fact is that children seeking asylum are mercilessly being torn from their parents for no good reason. It would’ve been hard to believe that such cruelty could be taking place were it not because, by now, no amount of brutality, racist measure or vulgar outburst by Donald Trump can surprise us any longer.

The Department of Homeland Security had announced in December that it was considering such a measure, but according to the American Civil Liberties Union (ACLU) the truth is it had already begun tearing families apart.

Even though the White House hasn’t admitted it and has insisted there is no policy to separate parents from their children as a way to discourage mainly Central American families from coming to the U.S. to seek refuge, an ACLU class-action suit filed last month against the Trump administration identifies at least 429 cases in the past two years. These families were separated, according to the ACLU, without due process, without a hearing and without showing that staying with the parent would put the child in danger.

“Whether or not the Trump administration wants to call this a ‘policy’, it certainly is engaged in a widespread practice of tearing children away from their parents,” Lee Gelernt, deputy director of the ACLU’s Immigrants’ Rights Project told The Guardian.

The cases cited by the ACLU show the utter disregard of the ICE repressive force for the suffering of the families affected.

This is one of them:

“I just want to know where my daughter is and that she is safe. She’s two years old, and it’s been two months since we were separated—I don’t know why we were separated. I don’t understand. We came here to seek help, we were afraid for our lives,” said to the Women’s Refugee Commission (WRC) a man who was seeking asylum but was being held in an adult immigration detention center at the southern border in August 2017. His identity withheld to preserve his privacy, the WRC reported that according to others imprisoned with him the man was “very depressed” due to the separation.

There’s no justification for this practice. These families and children have fled some of the most violent countries in the world to save their lives and do not represent any danger to the country’s security. Yet immigrant rights groups say they believe this despicable measure will probably become even more prevalent due to the Trump administration’s cruel immigration policy based on sheer racism and ignorance.

That’s why the Latin America Working Group (LAWG) is urging people to sign a petition addressed to the Secretary of Homeland Security Kirstjen Nielsen urging her to “abandon the cruel, costly, and unjustified practice of separating families seeking protection at our borders, including those who are fleeing persecution in their home countries. Children belong with their parents in safe communities, not locked up in detention centers.”