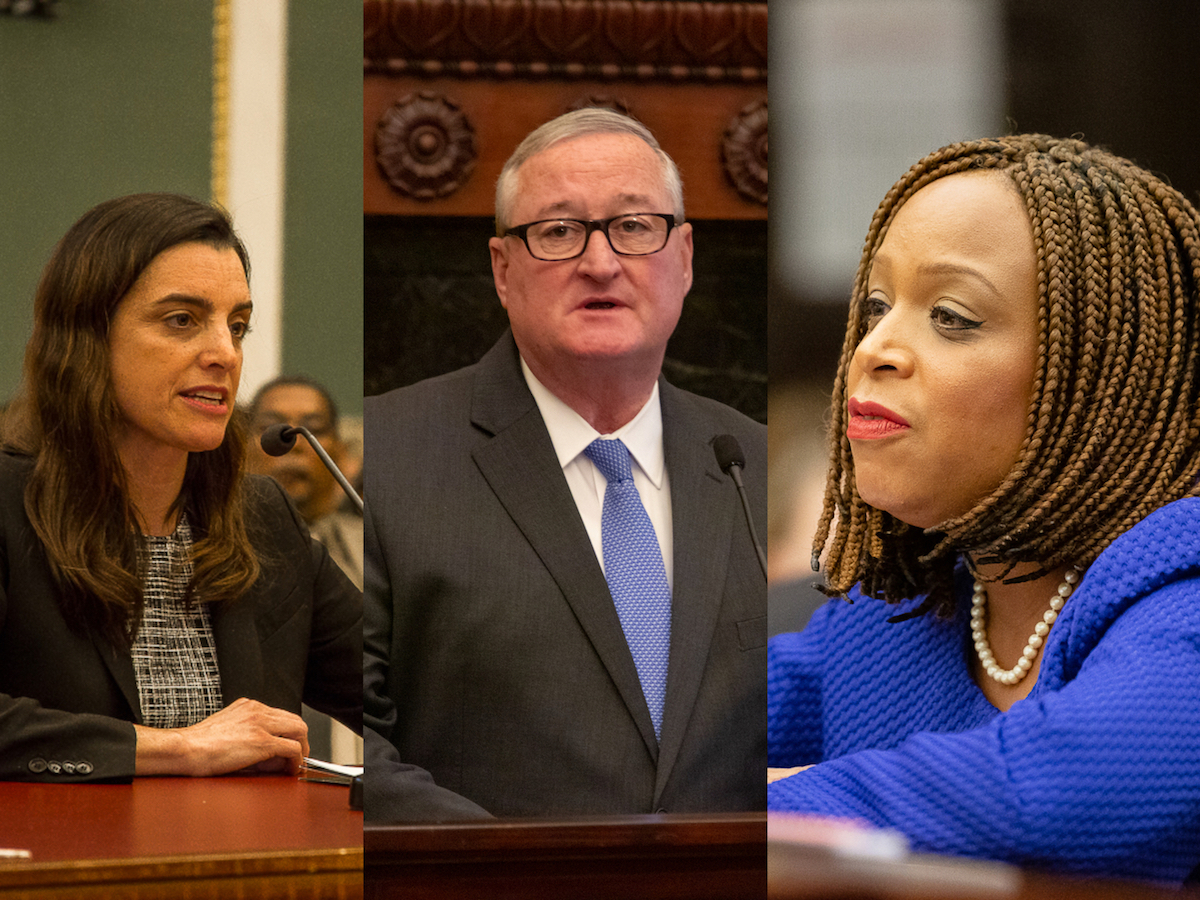 Jamie Gauthier and Rebecca Rhynhart released a lengthy statement (with receipts) on the Kenney admin’s lackluster response to Philly’s record year of violence.

The conversation around Philly’s current gun violence crisis started long before July 22, 2021, but the latest development at the city government level began with a press conference on that date.

That day, Councilmember Jamie Gauthier — leader of the call for Mayor Jim Kenney to declare a state of emergency over gun violence — and City Controller Rebecca Rhynhart, held the conference on 51st Street alongside a number of anti-violence advocates. It was to announce a letter both jointly sent to Kenney’s office offering a number of actions the administration could take against the rising violence seen in the city.

In short, the recommendations urged the administration to push more services and resources from departments like Parks & Rec, Commerce, and more to 14 zip codes identified as the areas where gun violence is the most prevalent.

“Addressing our city’s gun violence is an issue of racial justice. With much of Philadelphia’s violence occurring in just 14 ZIP codes, this crisis is disproportionately impacting Black and brown residents. Investment and resources must be targeted to these specific areas,” Rhynhart said at the time. “We’re here today because we want more from the Kenney administration.”

A little more than three months later, Gauthier and Rhynhart say they are asking the same questions.

On the morning of Wednesday, Dec. 15, both jointly released another statement regarding the Mayor’s response to the gun violence crisis, expressing frustration at what’s transpired since the press conference in July.

According to the statement, the initial letter “ignited a back-and-forth correspondence between our offices and the Kenney administration over a two-month period.”

“The administration’s replies were lengthy, but half-hearted,” it continues.

The statement also says that few updates were also ever provided by the administration as it carried out the July recommendations made by Gauthier and Rhynhart. There was also mention of a report to be released on the progress of certain city programs around gun violence prevention.

Kevin Lessard, director of communications for the Mayor’s Office, wrote in an email with AL DÍA that the progress report is about the city’s Group Violence Intervention initiative. It’s a program the city used in the past to curb gun violence by having police partner closer with communities to focus efforts solely on the small group of people driving the violence in the community.

Gauthier and Rhynhart said the report was supposed to come out in October, but still hasn’t to this day.

In responding to the comments about the pending report, Lessard stuck by the promise to release “a high-level progress report — which will include qualitative and quantitative analysis — in the coming weeks.”

“This was delayed for a few weeks from when we initially thought we would have it while we were working to initiate the first in person group call-in and solidified other operational aspects of this program,” he continued.

Lessard also wrote that while the progress report will be out in a few weeks, a longer academic evaluation of the work is much farther off.

The delays on it and more have not sat well with Gauthier or Rhynhart.

“We want to be clear: we are wholly disappointed in the mayor’s inaction,” reads Gauthier and Rhynhart’s statement.

Beyond it, Rhynhart’s office also released a timeline of correspondences between her and Gauthier’s teams, and the Mayor’s office following the July letter.

There were six back-and-forths in total between July 22 and Sept. 13. In part of the last correspondence, more than three months ago, Gauthier and Rhynhart asked for a detailed breakdown of the way the Mayor’s office planned to use its $155 million in anti-violence funds to fund gun violence prevention in the 14 zip codes identified by their offices.

In response, the Mayor’s office did not specifically mention the 14 zip codes, but did use “high priority zip codes” and “Council districts” as classifiers when citing school year and Summer out-of-school programming and potential expansions to rec center programming from Philadelphia Parks & Rec.

Gauthier and Rhynhart called the responses to it and other concerns in the correspondence “incomplete,” and hammered home how the 14 zip codes they identified were not addressed.

When laying out the city’s overall gun violence response to AL DÍA, Lessard cited the city’s Roadmap to Safer Communities as the guiding document.

“The Mayor firmly rejects and is deeply offended by the notion that he and his administration has not taken the epidemic of gun violence seriously,” wrote Lessard. “We will continue to work with our criminal justice and community-based partners to address this challenge, save lives, and protect communities in every corner of Philadelphia.”

Gauthier and Rhynhart concluded their most recent statement in a similar manner.

“We will continue to fight for the people of this city, to push for an end to the bloodshed and a return of calm to our streets,” they wrote. “We will work with the community, other elected officials and civic leaders, criminal justice partners, and anyone else that is committed to ending Philadelphia’s gun violence crisis.”

Meanwhile, the city has blown past the 500 mark of homicides and currently sits at 524, the worst year on record for Philadelphia.