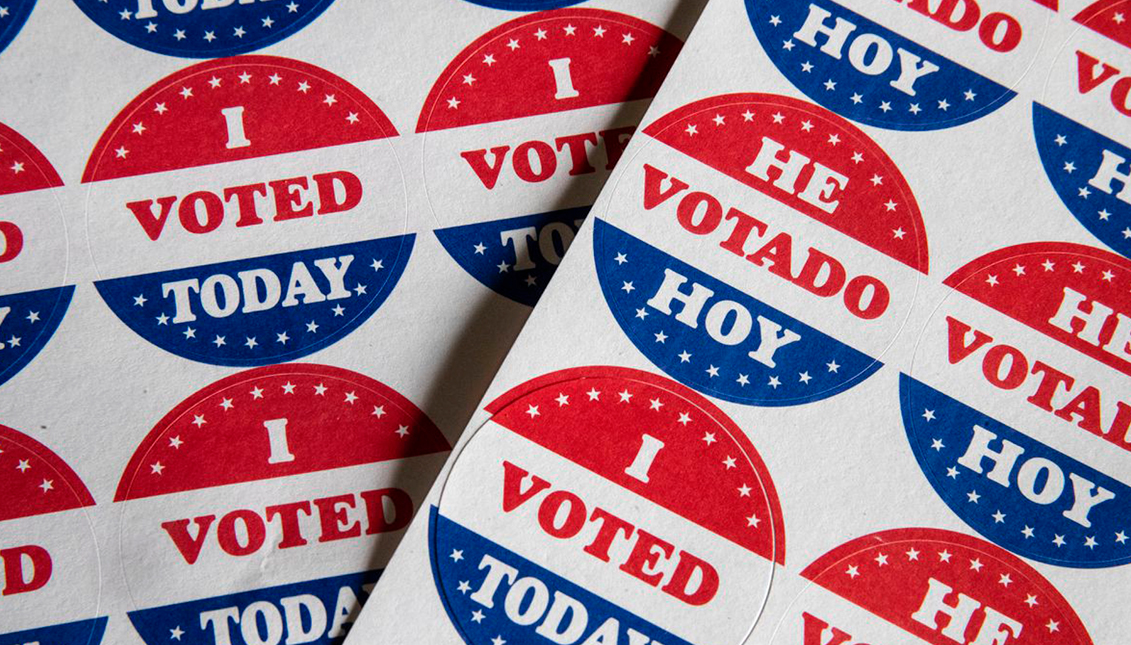 All Voting is Local and Ceiba hosted a webinar on voting in Spanish and the Voting Right Act on Aug. 25. Photo: WHYY

Voting in Spanish? It’s your right

A recent webinar hosted by Ceiba and All Voting Is Local broke down what Spanish-speaking voters need to know about their rights ahead of November.

Section 203 was added to the Voting Rights Act in 1975. The addition to the landmark legislation that prohibited racial discrimination in voting decreed that ballots and election materials must be provided in different languages to certain jurisdictions.

Last week, on Aug. 25, Section 203 was the topic of discussion at a virtual roundtable organized by All Voting Is Local, a collective campaign geared towards dismantling voting barriers for underrepresented communities, and Ceiba.

“Spanish Language Access and the Voting Rights Act” was moderated by Ceiba’s Will Gonzalez, and featured panelists representing Pennsylvania’s counties with the highest Latinx populations and Governor Tom Wolf’s Office.

It started with a deeper introduction of Section 203 that delved into how it is determined what jurisdictions get Spanish-speaking materials. For the proper materials to be provided, the population of Spanish-speakers in the county must be 10,000 or more, or 5% of the total voting-age population.

In addition to translated materials like ballots, notices and registration information, oral assistance must also be provided in some way at the polls.

Commissioner Kevin Barnhardt of Berks County — home to Spanish-speaking hubs like Reading — said during the primary elections amid COVID-19, the county kept its poll interpreters at a central office location rather than dispersing them to the 24 polling locations identified as requiring Spanish-language service in the county.

Poll workers at the locations are equipped with cell phones to call for translation help whenever it’s needed.

Beyond finding interpreters for election day — 300 were lost to COVID-19 — Barnhardt said the county’s adjustment hasn’t been too difficult in regards to serving its Spanish-language voters.

“I don’t think we’ve struggled,” he said, while also shouting out a strong support network for the effort that included fellow Berks County Commissioner Michael Rivera, Reading Mayor Eddie Moran and grassroots organizations like Stand Up Berks and Make the Road PA.

Berks has also worked closely with Lehigh County in developing approaches and outreach to Spanish-speaking voters leading up to the 2020 election.

Lehigh County Operations Manager Erika Jufre said she is one of three Spanish-speakers at the county’s voting office who provides translation services.

The main hub that requires most of the Spanish-language services is Allentown, and there are 11 polling places needing translated material across the county.

Jufre also acknowledged that amid COVID-19, staffing for both interpreters and poll workers has been difficult.

Heading into the primary, new poll workers and interpreters were required to attend a class to explain their role. For the general election, Jufre said there will be separate classes for interpreters.

“They will be vital,” she said.

In Philadelphia, whose efforts were presented by Diana Cortes, chief of the civil rights division at the Philadelphia City Solicitor’s Office, there are four bilingual staff members on the city’s board of elections to translate.

In addition to providing all voting materials in Spanish, the city’s new voting machines will also have a Spanish-language display. The website of the Philadelphia City Commissioners is also able to be translated into 57 languages using a Google application.

Despite the plethora of languages, the use of an application that relies on Google translate does sometimes lose the nuance of the Spanish language according to Cortes, and therefore, important meaning when it comes to vital voting information.

In Berks county, Barnhardt said all the county’s Spanish web pages are manually translated to avoid the same language predicament.

At the state level, Stephen Latanishen, the Director of PA’s Office of Intergovernmental Affairs, said Spanish-language voting access is one of the top priorities of the Wolf administration heading into November.

“It’s important for Governor Wolf that everyone can exercise their right to vote and know how to,” said Latanishen.

In Pennsylvania, according to data from the 2010 census, only Berks, Lehigh and Philadelphia counties are required to produce Spanish-language materials ahead of elections under Section 203 of the Voting Rights Act.

This year, Latanishen made clear that every county will process the Spanish-language applications.

As of Aug. 7, online requests for mail-in ballots and voter registration are open.