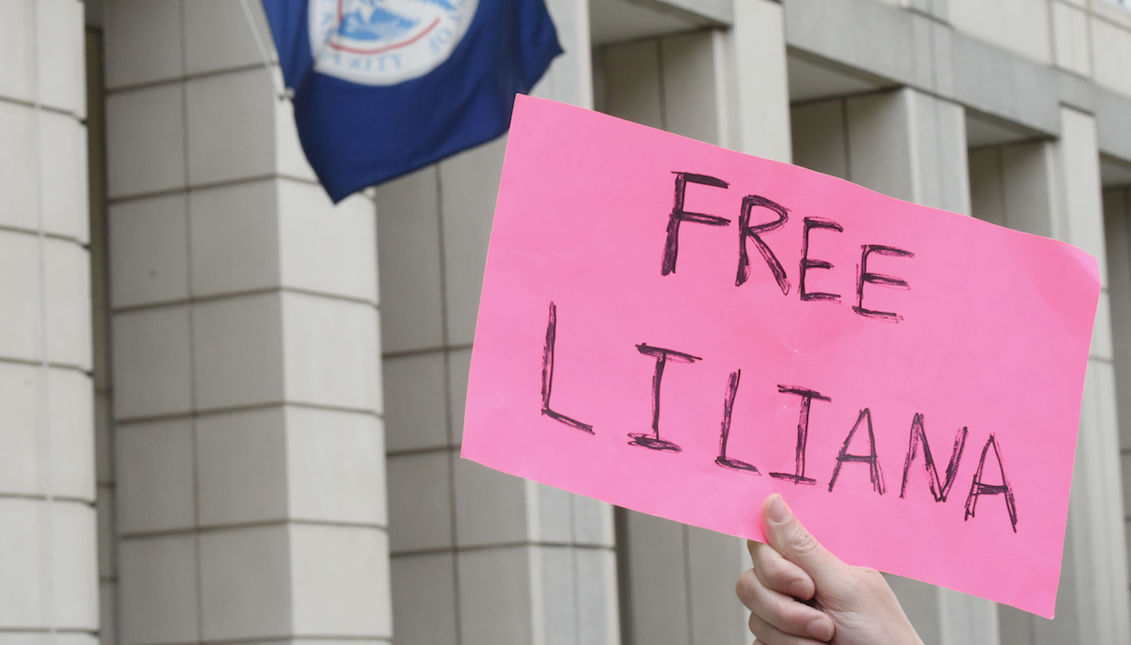 Activists from the DMV’s Sanctuary Cities Congregations Network and CASA from Maryland, held a protest outside the facilities of the Immigration and Customs Enforcement (ICE) to request the release of Salvadoran Liliana Cruz Mendez, on May 23. EFE/LENIN…

Terry McAuliffe, the Democratic governor of Virginia, has used his position to pardon the Salvadoran immigrant for driving without a license in 2013, hoping to…

The governor's strategy was made public last Wednesday, claiming that he acquitted Cruz Méndez "for a minor traffic offense that could contribute to her deportation. Executive forgiveness will not necessarily prevent the Trump administration from deporting her, but it will be a positive factor while a judge decides whether to separate her from her family", the official said through his Twitter account.

The Virginia Immigration and Customs Enforcement Office detained Mendez, an undocumented immigrant from El Salvador, while attending her routine visit to the agency, as she had a history of detention for undocumented driving.

But McAuliffe has not been the only one to join the campaign in favor of Cruz Mendez. During last week, Senators Tim Kaine and Mark Warner, contacted ICE to try to release her, and the community was organized to spread her case in social networks through the hashtag #FreeLiliana, as reported by Univisión.

Although the governor's pardon does not immediately suspend the deportation process initiated by the Immigration and Customs Enforcement Office, it does increase the pressure on the agency, "invalidating ICE's argument about the expulsion of criminals from the country," the report continues.

Interfaith groups gather outside ICE HQ, bringing attention to 18,000 in immigration detention
March 3rd, 2022
Time Capsules: What is known about the findings in Virginia
December 28th, 2021
The U.S. will no longer deport immigrants for just being undocumented
November 29th, 2021

For the governor of Virginia, "separating Liliana from her children and husband will not make Virginia a safer place. Feds should focus on threats to public safety and real immigration reform".

However, two days after the Governor's announcement, Liliana Cruz Mendez's lawyers said ICE would have turned down her appeal to stay in the United States.

The immigration NGO CASA has decided to take Liliana's case and appeal to the director of the ICE under the argument that the Salvadoran does not represent a threat to national or public security, according to WJLA.