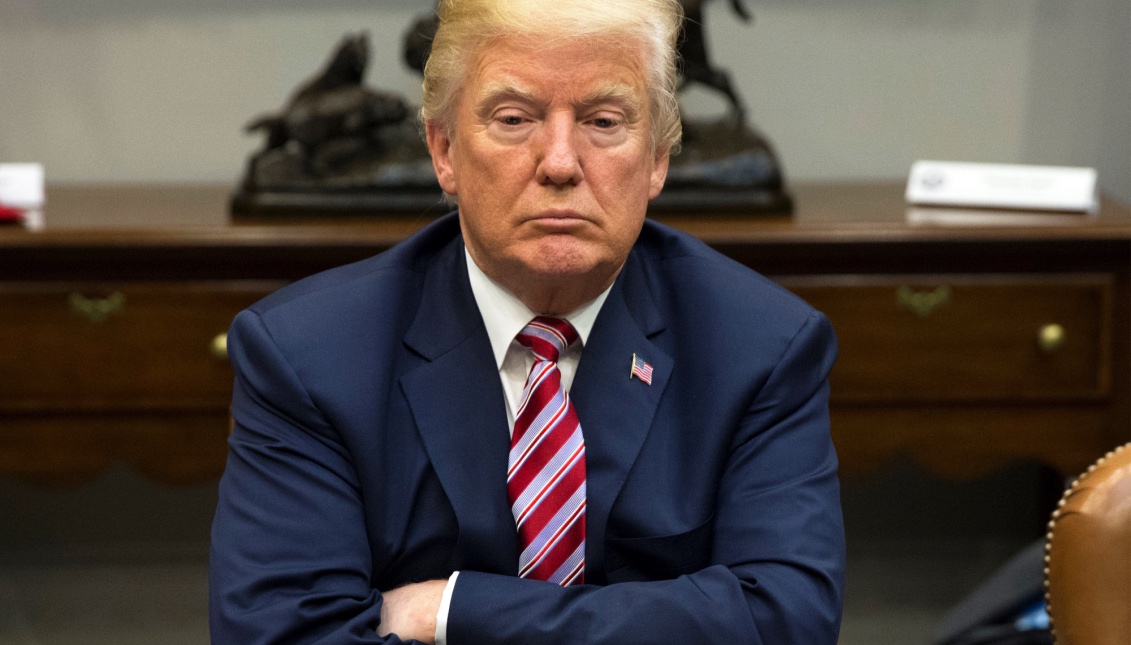 US President Donald J. Trump in the Roosevelt Room, during the meeting, to discuss his tax policy. EFE.

Trump: A government in the doldrums

The scandal of Russiagate; the scuffle with the players of the NFL; the difficult relations with his party; his personality, and his poor reaction to Puerto…

If there is any reason to give credit to President Donald Trump it's for his ability to reinvent himself: just when the President has reached the bottom, he falls even deeper.

This time it was in the field of public opinion. On Sunday, the results of a poll conducted by NBC News and the Wall Street Journal showed that the president reached the lowest point of popularity so far this year.

According to the measurement, only 38 percent of citizens evaluate his administration positively, while 58 percent disapprove it.

Although that was the figure at the beginning of the week, the survey revealed other aspects that show the growing disconnection between the president and the social base that elected him.

Trump lost support among white women without a college degree, going from 50% approval in September to 40 percentage points in October. Not only that, but 2 out of 10 Republicans don’t like him.

On the other hand, the Washington Post revealed on Monday the results of the daily follow-up that Gallup does to the government since January 20.

And it just keeps going. According to Gallup's daily survey, only 33 percent of Americans still support him, while 62 percent don’t approve. The net approval, which comes from subtracting the approval percentage from disapproval, is -29.

But that's not the only thing that Gallup evidenced. Looking at it with a bird's eye view, the daily survey of the firm shows that the highest point of approval that the president had was on January 20 when he took office. Since then, his image and favorability have been in constant decline.

This is something that should worry any government, especially when its leader is obsessed with rating and popularity.

Surveys are photographs of public opinion at a certain moment in history; they reflect the perception of society in the face of a government decision.

Because that perception is always changing, no polling can be taken as a final verdict; there is no survey that has knocked down any government (although there are some that have predicted the fall of a few).

To that extent, the surveys work primarily as social thermometers that measure the temperature of the ruling government, and in the case of the United States, it seems that President Donald Trump suffers from a long fever since the beginning of this year.

His arrogant reactions to the demonstrations of NFL players, his tardy, insufficient and indolent response to the tragedy of Puerto Rico, his contempt for the accusations of the law against the 'Russiagate' and his difficult relations with the GOP have had an adverse effect on his management and communication capacity.

In other words, since January 20, the Trump administration is walking like a duck: small steps with craps in between. The question is whether he’ll be able to reach the end of his first term in office with that pace.