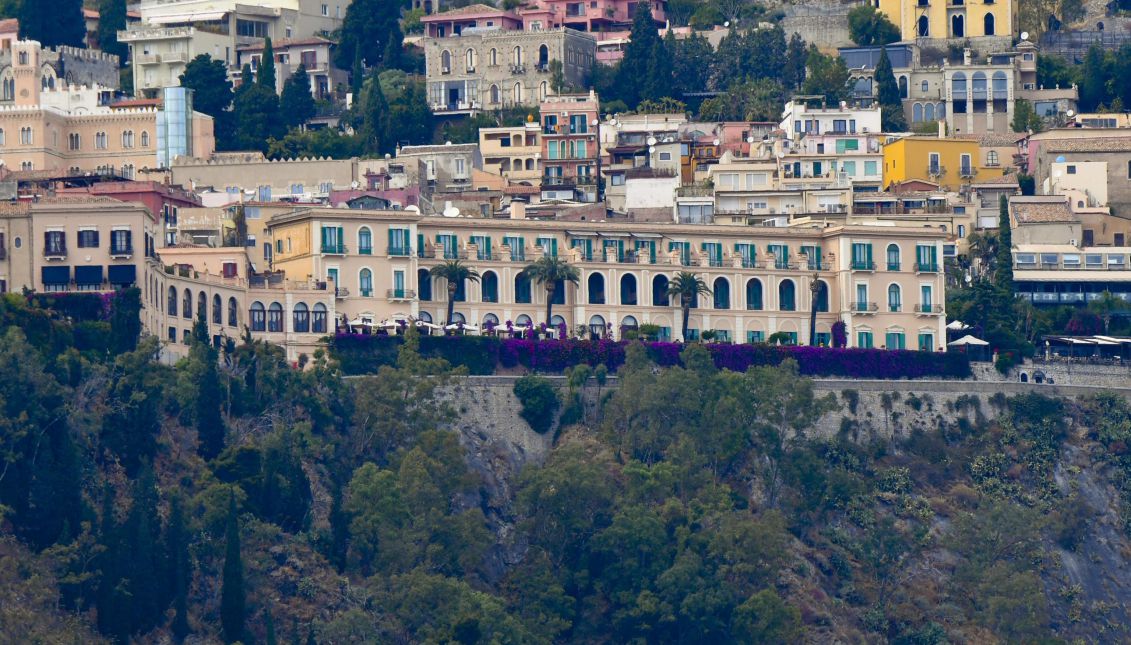 A panoramic view the Hotel San Domenico, one of the venues of the G7, on the top of the coast of Giardini Naxos, 25 May 2017, ahead of the G7 summit scheduled for May 26 and 27 in Taormina, southern Italy. EPA/CIRO FUSCO

Trump arrives in Sicily for G7 summit, the final stop of his trip abroad

After criticizing his European fellows at the NATO speech in Brussels, President Donald Trump arrived today in Taormina, Sicily, where he will spend two days attending the G-7 Summit.

The stop in Sicily is the final part of Trump's first international trip abroad, which has taken him to Saudi Arabia, Israel, Palestine, the Vatican and Brussels.

At the two day  G-7 summit in Sicily, Trump is meeting the heads of states from leading developing nations, including France, Germany, UK, Italy, Canada, Japan and the president of the European Union, Donald Tusk, to discuss security and economic growth.

Fighting terrorism will be on the top agenda, as the the summit comes just days after Monday's deadly suicide attack in Manchester in which 22 people, including children, were killed.

According to the BBC, British prime minister Margaret May is expected to urge world leaders to do more to combat online extremism, saying the fight against so-called Islamic State (IS) is "moving from the battlefield to the internet".

However, the absence of Russia and China may make Trump question the G7’s continued relevance, as reported by The Guardian. Beijing, biggest trade partner of North Korea, has a key role to negotiate with Pyongyang how to stop nuclear ambitions and secure stability in East Asia.

Until now, Trump’s approach towards US military allies hasn’t been quite collaborative. A day before in Brussels, President Trump already criticized the European nations for falling short of their spending obligations with the military alliance.  Although the President refrained from calling the military alliance “obsolete”, as he did during his campaign, in Brussels he backed away from endorsing NATO’s mutual defense policy and continued to questioned the efficiency of the organization if European country members keep their “chronic underpayments”.

During his NATO speech, Trump did not explicitly affirm his commitment to Article 5 of the North Atlantic Treaty, which, when invoked, requires all member states to aid an ally under attack, as reported in The Atlantic. In a video that became viral, Trump also appeared to push aside the prime minister of Montenegro.

The way Trump was received in Europe – protests in Brussels, the German media pointing out that his “America First” is turning “America Alone” –has nothing to do with the warm reception Barack Obama always had among Europeans.

Another top issue on the G-7 agenda in Sicily is climate change. The team around  the new French president Emmanuel Macron say “they will be pressing Trump hard to make sure the US sticks on the agreements Barack Obama struck at the UN Paris climate change conference summit,” as reported in The Guardian.

Also in the agenda will be the refugee crisis in the Mediterranean: this year over 1,300 migrants drown as they tried to reach Europe from Libya so far. Ngo’s estimate that more than 200,000 migrants will arrive in Italy this year from the northern coast of Africa, escaping from poverty in their countries of origin.

Trade is also another hot topic for potential disagreement among the US and the rest of G-7 members. As reported in the BBC, “leaders are also concerned that the US president might promote a protectionist agenda.”

Obviously, the Group of Seven does not represent all of the world's leading economies. To begin with, no Latin American country is included, so issues like illegal immigration from Mexico and Latin America in the US are out of the agenda. The Group of 20, or G20, includes other major global economies, including China, India, Brazil and Turkey, as reported by AL JAzeera.