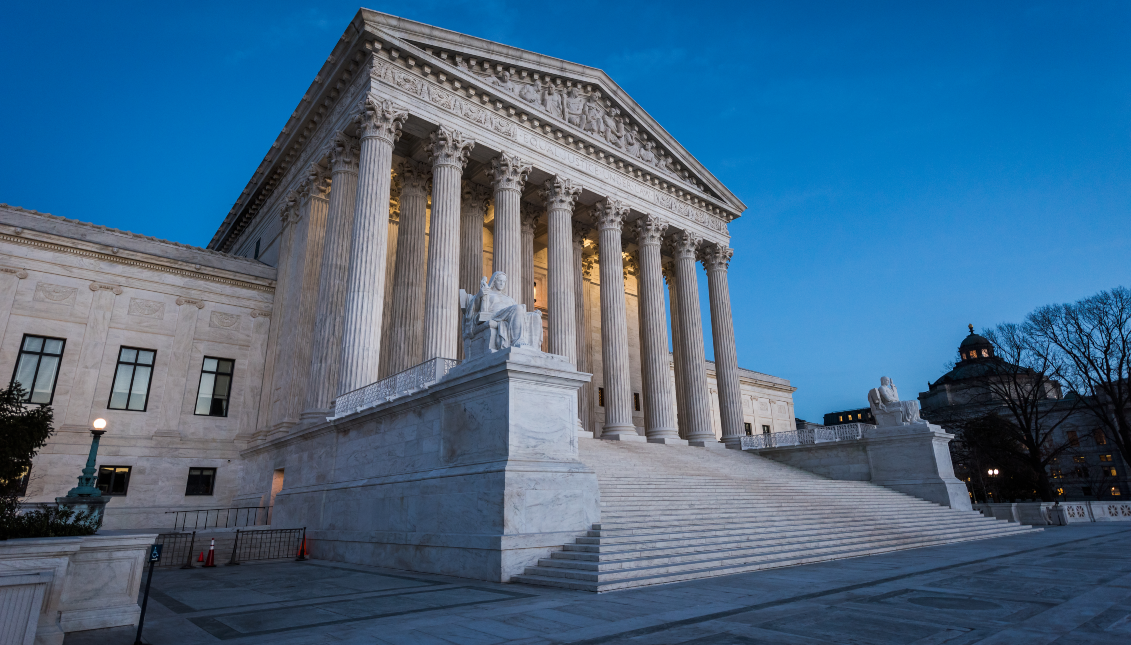 In a vote of 5-4, the Supreme Court gave free way to the decision of legal residency for migrants based on whether they might at some point be in need of…

In a landmark decision, the Supreme Court broke with a century-old consensus on how the term "public charge" is interpreted and how it affects immigrants in the country.

This new interpretation, proposed by the Department of Homeland Security, means that visa applications will be denied to anyone who does not prove to be completely self-sustaining, even those with sworn statements that they will have financial support from a third party. The measure only excludes those who obtain asylum or refugee status.

The measure seeks to exclude any immigrant who may need some kind of government benefit, whether or not it is in the form of money and regardless of its purpose: food, housing, health, etc.

Given its importance, the measure was challenged in numerous intermediate courts, until the Department of Homeland Security decided to take the case to the Supreme Court, particularly in a lawsuit against the orders filed by the Southern District Court of New York. The lawsuit was submitted to Justice Ruth Bader Ginsburg.

On January 27, the Supreme Court made a decision to lift all impediments to the implementation of the regulation, except for the State of Illinois, where a federal court had already made a final determination to stop it.

The statement in which Justice Gorsuch gives an account of his decision argues that the volume of lawsuits in intermediate courts filed to stop the measure was saturating the judicial system, ultimately undermining the exercise of other citizens' rights that should be safeguarded and that these courts were also exceeding the limits of the cases that were being presented to them.

“Today the Court (rightly) grants a stay, allowing the gov- ernment to pursue (for now) its policy everywhere save Illinois. But, in light of all that’s come before, it would be de- lusional to think that one stay today suffices to remedy the problem. The real problem here is the increasingly common practice of trial courts ordering relief that transcends the cases before them. Whether framed as injunctions of “nationwide,” “universal,” or “cosmic” scope, these orders share the same basic flaw—they direct how the defendant must act toward persons who are not parties to the case.”

But it does not refer to the quality of the migrants or the "public charge" they may represent.

Many migrant rights organizations have expressed their concern that this measure could endanger the well-being of thousands of people: children, pregnant women and the elderly in particular, who stop seeking government assistance for fear of jeopardizing their immigration status. This includes the way in which this may affect children of migrants who are US nationals but whose parents are leaving them to seek the help they are entitled to as a result of fear.

This has been known since the rule itself was proposed. In the medium and long term, apart from putting the health of thousands of people at risk, it will tend to make the socio-economic mobility of migrants impossible.

The negative reactions and challenges to the Supreme Court's decision have not taken long, and the legal battle is far from over. Among the strongest responses to the decision was that of Democratic Representative Alexandria Ocasio-Cortez:

“America shouldn’t have a wealth test for admission,” she posted. “It’s a place where millions of people are descendants of immigrants who came w nothing & made a life.”

This is shameful. America shouldn’t have a wealth test for admission. It’s a place where millions of people are descendants of immigrants who came w nothing & made a life.

The American Dream isn’t a private club with a cover charge - it’s the possibility of remaking your future. https://t.co/qKm7BuUhXI