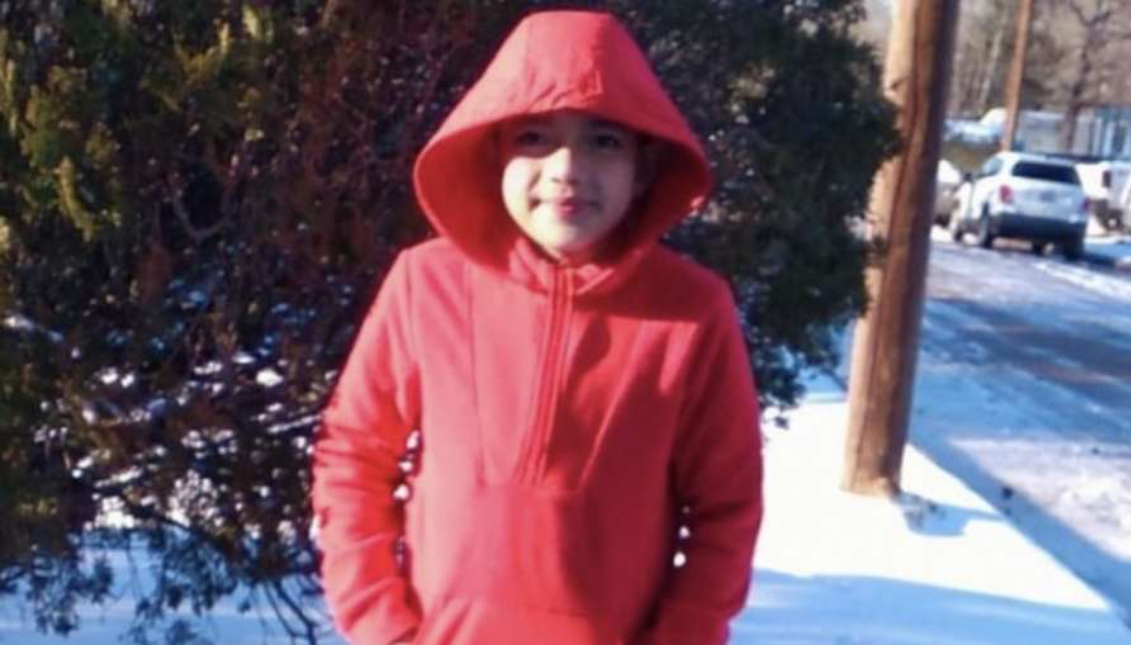 The 11-year-old Honduran immigrant’s family is suing ERCOT after he froze to death.

An 11-year-old boy from Houston, Texas has died of suspected hypothermia amid an aggressive snow storm that left his family, along with millions of others, without power.

Cristian Pineda was born in the coastal city of Tela, Honduras, and came to Texas two years ago to reunite with this mother, whom he had not seen for over a year. On Monday, Feb. 22, he experienced snowfall for the first time and played outside in the yard for about a half-hour.

His mother documented the memorable occasion through snapping pictures on her phone.

She told the Houston Chronicle he was having a really good time and nothing was out of the ordinary.

“Everything was well. He was happy that day. He was not at all sick,” Pineda said.

On Tuesday morning, Cristian’s lifeless body was found huddled under a pile of blankets, in a bed he was sharing with his three-year-old brother. When Pineda found him, she called 911 while attempting CPR, but she was already too late.

11 y.o. Cristian Pavón Pineda from Conroe, Texas enjoyed his first experience with snow, while his home suffered a power loss. Less than 24 hrs later his mom found the sixth grader dead from hypothermia in his bed where temperatures hit single digits. https://t.co/BG28TBQUnS pic.twitter.com/FaUpuMw4Zd

Due to the freezing temperatures and no access to electric heat, the family insists Christian died of hypothermia, but police expect that official autopsy results could take weeks.

Pineda has filed a wrongful death lawsuit in Jefferson County District Court, alleging that the utility giants “put profits over the welfare of people,” by ignoring previous recommendations to winterize its power grid.

“Despite having knowledge of the dire weather forecast for at least a week in advance, and the knowledge that the system was not prepared for more than a decade, ERCOT and Entergy failed to take any preemptory action that could have averted the crisis and were wholly unprepared to deal with the crisis at hand,” the lawsuit states.

As of Sunday, Feb. 21, more than 30 people have died in Texas due to the severe weather, including many from carbon monoxide poisoning after people used cars or generators to keep warm.

The Pineda family is being represented by attorney Tony Buzbee, who is now representing six other families who lost loved ones as a result of the freezing temperatures.

Buzbee told ABC News that more lawsuits will be filed against the power companies.

ERCOT described the Pineda case as a "tragedy" and said it was "confident that our grid operators made the right choice to avoid a state-wide blackout."

But the lawsuit is blaming the agency for misleading customers by assuring them that the rolling blackouts would be temporary. The blackouts lasted days, and the Pineda family was without power and heat for two days, as the temperatures dropped as low as 10 degrees in their area.

“The failure to adequately inform Plaintiffs on the length of the blackouts prevented them from properly preparing for the lack of power, or leaving the area. Accurate information might have saved Christian Pineda’s young life,” the lawsuit reads.

A GoFundMe set up to send Cristian’s body to Honduras has already raised over $88,000.

“This is a young man who died for no reason other than corporate decisions," Buzbee said. “Crristian’s lawsuit is the first and his lawsuit should be the first. This kid is going to change Texas and God bless him for that.”