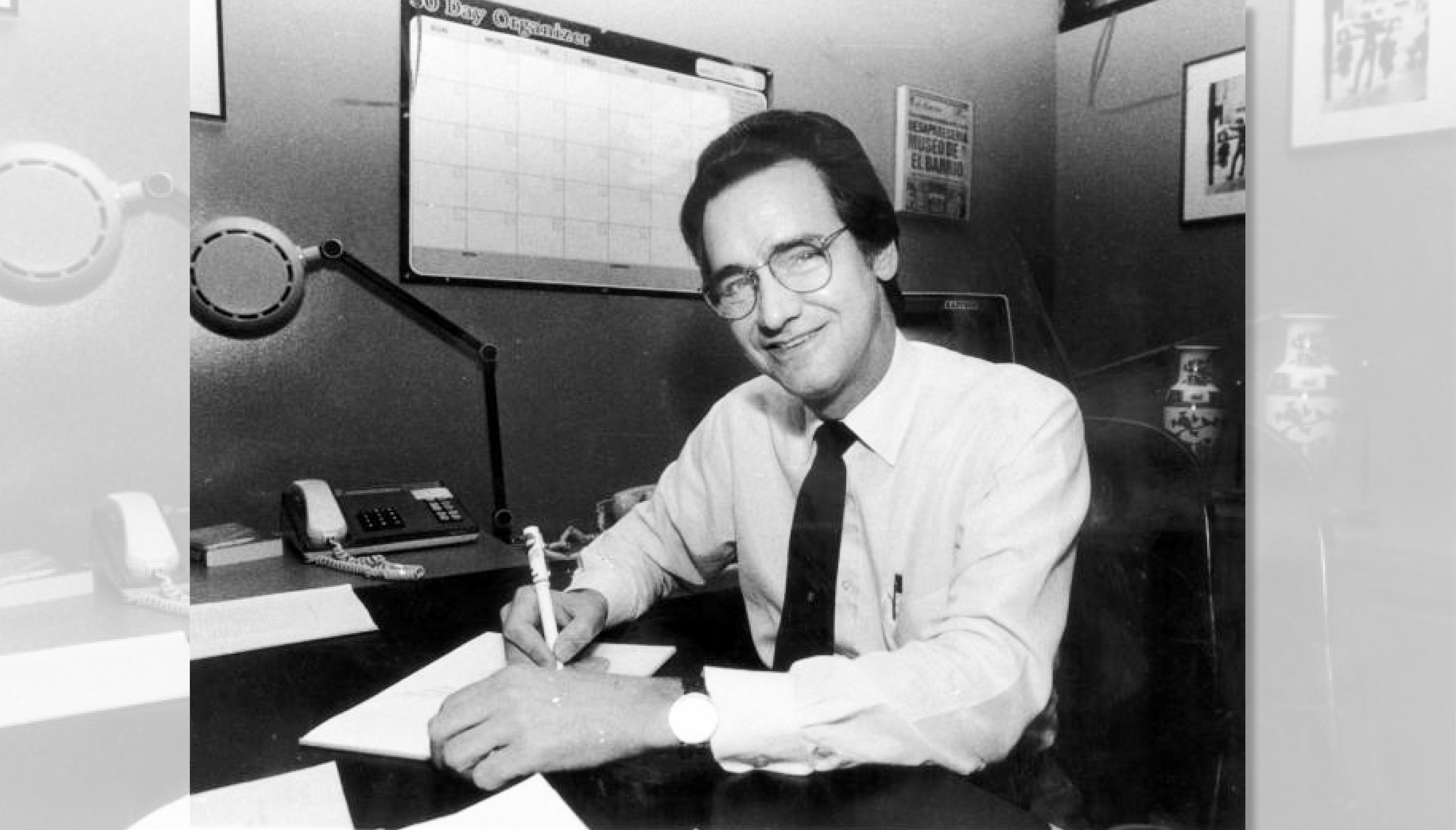 [OP-ED] Killed for Reporting the Truth

Twenty-six years have gone by since the murder of fearless New York journalist Manuel de Dios Unanue by a teenage, slightly retarded gunman who calmly walked…

Twenty-six years have gone by since the murder of fearless New York journalist Manuel de Dios Unanue by a teenage, slightly retarded gunman who calmly walked up to him at a Spanish restaurant in Jackson Heights, Queens, and pumped two bullets into his head.

It was the heyday of the Colombian drug cartels, and their pernicious influence extended to New York, especially Queens, where the Cuban-born Unanue lived and died. The courage to expose the drug capos and their poisonous presence in his city, cost him his life.

The killer, known as Mono, had been paid $4,500 by Colombian drug capos, who had been on the receiving end of tough Unanue scrutiny. “The crusading journalist fell dead in a pool of blood, leaving behind a companion and a 2-year-old daughter,” I wrote in the New York Daily News at the time.

Unanue, the former editor of El Diario-La Prensa, the oldest Spanish-language daily paper in the country, was 48 when he was killed on March 11, 1992. His death was a grim reminder of how fragile freedom of the press is.

“It seems to me he laid down his life for all society,” John Cardinal O'Connor told the 1,500 people who attended an emotional memorial service at St. Patrick's Cathedral a few days later.

“American democracy, and its cornerstone, the First Amendment to the Constitution, were affronted by Unanue’s coward assassination in a New York restaurant, and it became a shameful memory for those who failed to protect the writer from violent death,” wrote Hernán Guaracao, Al Día News publisher, one year ago.

Karol G to debut in a series about 'The Godmother of Cocaine'
March 1st, 2022
Pablo Escobar's brother launches a foldable phone to bring Apple down
December 13th, 2019
Mexican actor Yazpik: "Narcos" is contributing to debate on anti-drug fight
August 31st, 2017

Unanue, the former editor of El Diario-La Prensa, the oldest Spanish-language daily paper in the country, was 48 when he was killed on March 11, 1992.

Yet, more than a quarter century after the tall, thin and intense newspaper man gave his life to report the truth, and with the First Amendment under relentless attack by the country’s president and the strange gang of aging former generals, fascists, racists, misogynists and homophobes he has surrounded himself with, it seems that Unanue’s trajectory and labor have been shamefully forgotten by those who, more than ever, should be following his example, expressing their admiration or, at least, paying their respect to his courage and sacrifice.

Almost incredibly, as far as I can tell, this year not one word was published or broadcast about Unanue’s journalistic work and the loss his murder represented for the profession and the city of New York, not even in El Diario-La Prensa, the paper he had been editor of. It is as if the courageous life --and tragic death-- of a man who should be a symbol of the fight against the “alternative facts,” half-truths and shameless lies spewed daily by Donald Trump and his acolytes has lost its meaning for his colleagues and for the profession he lived and died for.