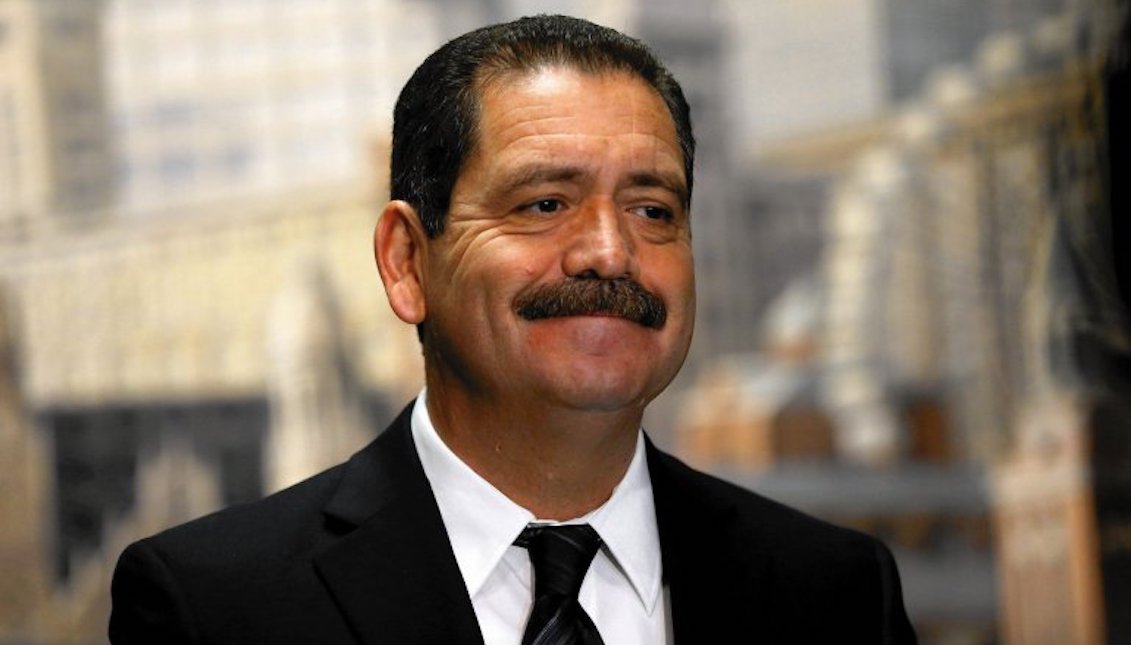 When it comes to Latinos in politics, Chicago is the epicenter.In the photo: Jesús "Chuy" García. Source: WGN Radio.

Chicago: The Mexicans are coming!

"Chuy Garcia is the right person at the right time for the work we have ahead of us,” said the Senator in a statement.

With a career at Chicago’s City Council since 1986, Garcia became the first Mexican-born member in 1992 to serve in the Illinois State Senate. In 2010, he held a position on the Cook County Board of Commissioners. After having participated in the race for mayor of Chicago in 2015, Garcia was second behind Rahm Emanuel, despite having then Sanders’ endorsement

Last month, "Chuy" announced his candidacy to the House of Representatives of the United States in the elections of 2018, to replace Congressman Luis Gutiérrez.

Both politicians then joined ranks in statements to the press where Gutiérrez assured his support for the candidate, with whom he shared political beginnings during the administration of Harold Washington in the 1980s, as Telemundo Chicago recalls.

"My candidacy is based on the legacy of Mayor Harold Washington, the foresight, and energy that united the youth for Senator Bernie Sanders and the work of Representative Gutierrez," Garcia said during the press conference.

The Hispanic succession to office is not surprising, considering that Chicago has the "fifth largest Hispanic population in the United States," explained Raoul Lowery Contreras in a column to The Hill.

According to Lowery, that population is divided into "2.1% Guatemalans; 9.6% Puerto Ricans and 79.2% Mexicans."

Despite having an important caucus of Latino voters, replacing Gutiérrez will not be an easy job.

In addition to emerging as the most important figure in the fight for comprehensive immigration reform, Gutiérrez has stood out for his independent character (especially from the Democratic Party), and has not been classified under the immigrant labels, neither Mexican nor Cuban. On the contrary, Gutiérrez has the advantage of being Puerto Rican, that is, American by birth.

For Lowery, this is the perfect opportunity for representatives of Latin American origin - who embody one of the most controversial profiles in the Trump era - to reach important legislative positions, especially in an area where "79% of Hispanics are Mexican."

"It has never been more important for the future of the United States to have an immigrant voice at the table when national policies are made," Gutierrez said. "Chuy is the kind of leader our district needs to take us to this uncertain future."

According to the Public Policy Polling, a few weeks after announcing his candidacy, Garcia already has 53% approval, as reported by NBC Chicago, and joins the wave of Latinos that point to the claim of the Hispanic community within the national policy, a phenomenon that will surely be felt in the elections of 2018.