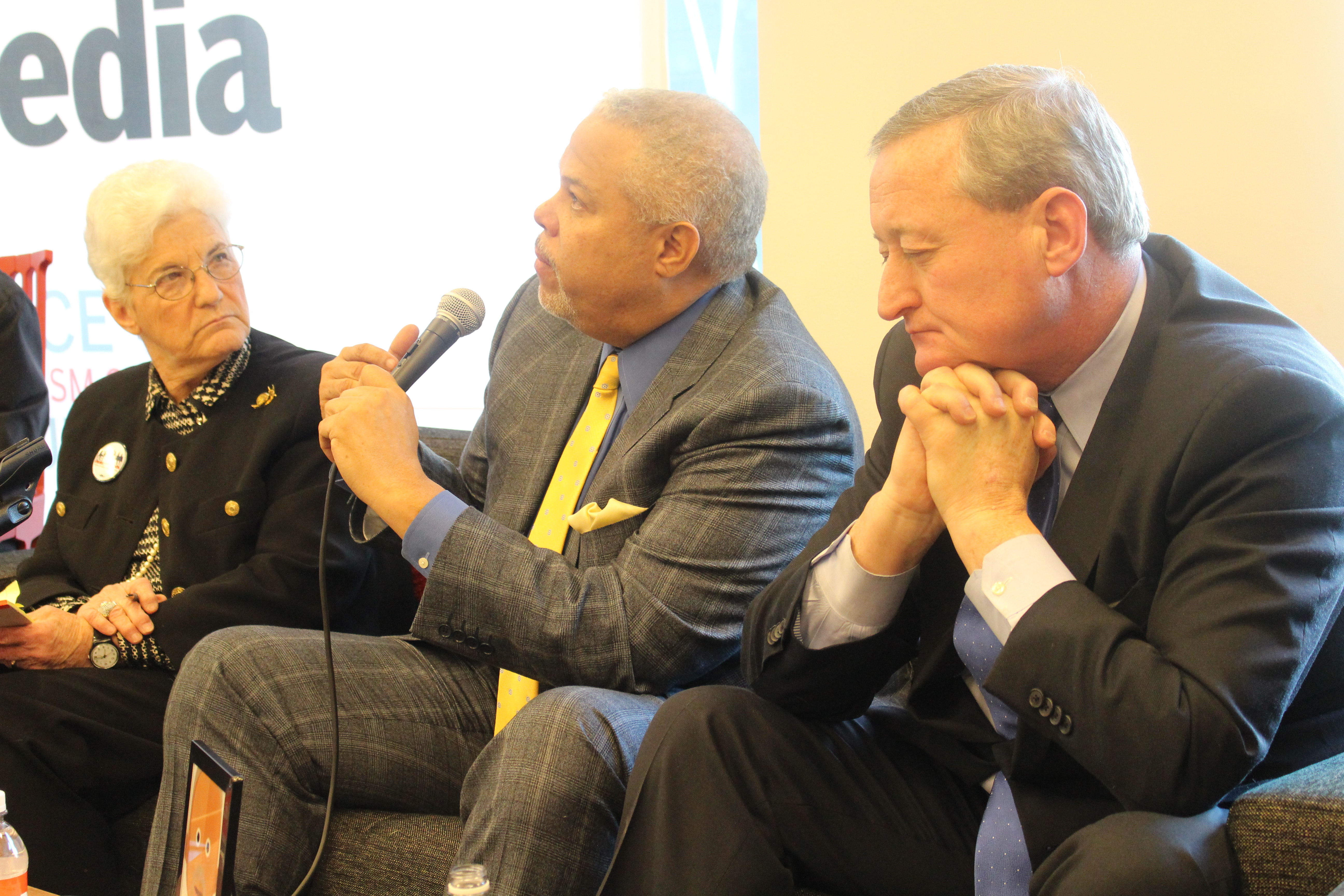 With two weeks left until the primary election, the Philadelphia mayoral candidates are harvesting of their final endorsements.

A busy weekend for Williams, Kenney, and Oliver

With two weeks left until the Democratic primary election, the mayoral candidates are harvesting their final endorsements.

State Sen. Anthony Hardy Williams scored the nod of the Philadelphia Inquirer by a tiny margin.

The Inqy editorial board called the race a close battle “almost certainly between Anthony Hardy Williams and James F. Kenney.” Their argument for Williams came about through a better-of-two-evil-sponsors logic. Rather than focusing on the policy proposals, they weighed “serious reservations” about the wealthy and powerful backers behind both candidates, and the influence those would have in City Hall.

The endorsement concluded that, “because the unions backing Kenney already wield too much influence [in City Hall],” Williams was the best choice.

Controversy broke hours later. WHYY’s Dave Davies reported that the editorial board had actually agreed upon Kenney, but editor Bill Marimow had the final say. Accusations emerged that the Inquirer editors “bent to the will of their billionaire owner [H.F. Gerry Lenfest] and his support for Tony Williams.”

On Monday, Philly For Change (who backed Kenney last month), called on the Inquirer to withdraw its endorsement because of the “flawed process.”

Meanwhile, Kenney did win the favor of Philadelphia Magazine. What’s interesting here is that they’re endorsing the “new Jim Kenney,” the one that they (and many others, for sure) hope will “lead us forward” rather than “careening backwards to the bad old days of city government.” This old-versus-new Kenney narrative — the budding progressive versus the old-school Fumo protegé — has been talked about throughout the race.

Why do these press endorsements matter? As Davies pointed out, endorsements like are put on the chopping block:

“The Inquirer endorsement is a valuable prize in the mayors race not just because it holds some sway with readers, but because the chosen candidate can use it in broadcast ads, mailings, speeches and robocalls for the rest of the race.

And the editorial's criticisms of Kenney and his union ties can also be quoted in negative ads by Williams or his supporters.”

“After seriously evaluating all six candidates and polling more than 400 millennials and partners, Doug Oliver was overwhelmingly selected as our choice for Mayor of Philadelphia. We encourage Philadelphians of all ages to consider Doug Oliver, the candidate best prepared to be the independent mayor Philadelphia needs.”

It’s a boon for Oliver, the former spokesman for Mayor Michael Nutter, who has struggled to get political backing throughout an otherwise creative and ambitious campaign. Philly Set Go has promised financial and voter-turnout support to their chosen candidates, which also include City Council At-Large contenders Terry Tracy and Allan Domb.