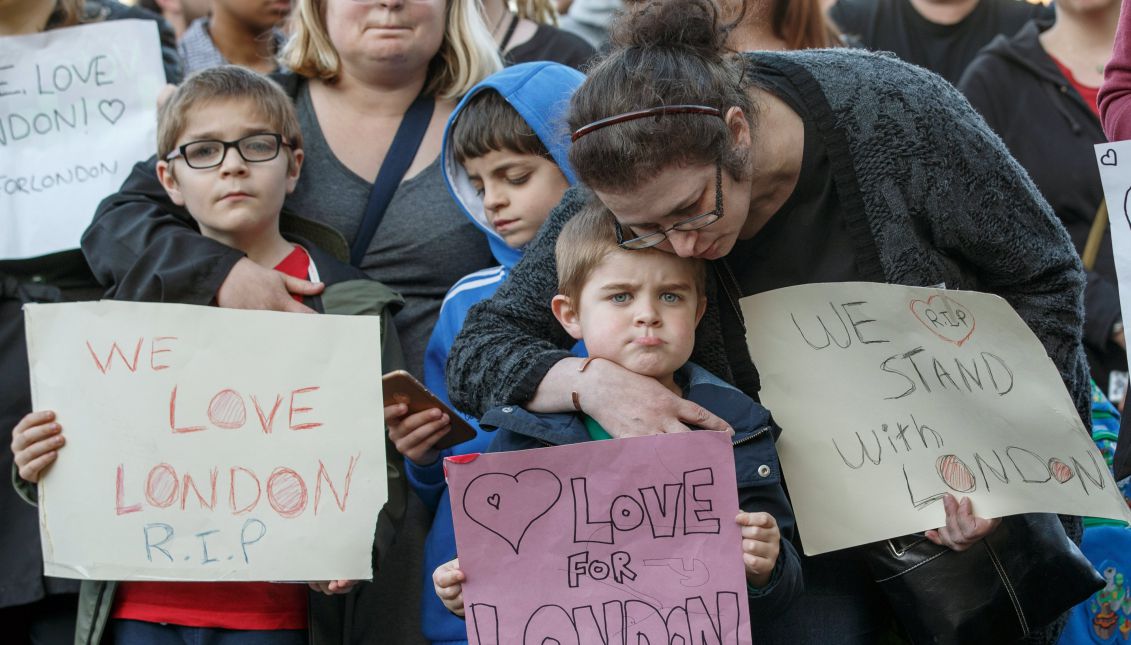 Supporters hold signs of condolence for the victims of the London attacks, outside the County Hotel where Britain's Labor Party leader Jeremy Corbyn is delivering a campaign speech in Carlisle, Britain, 04 June 2017. EPA/ROBERT PERRY

Police was carrying out fresh raids in east London on Monday morning, as first victims were identified. One of the seven killed is Canadian Christine Archibald.

The Islamic State terror organization on Sunday claimed responsibility for Saturday's attack in central London that killed seven people, wounded 48 and resulted in the deaths of three assailants at the hands of London police.

On Monday morning,  police was carrying out fresh raids in east London, and Canadian Christine Archibald was identified as one of seven killed in London Bridge attack, as reported in The Guardian.

London police are working on the hypothesis that the authors of the attack could have belonged to a larger terrorist cell. So far authorities have arrested 12 people for possible links to the attack after staging a series of raids in East London.

At about 9 pm on Saturday evening, the driver of a white van traveling at high speed deliberately rammed it into a number of pedestrians on London Bridge. Moments later, three men got out of the vehicle at nearby Borough Market and began stabbing passersby at random, including a police officer, who was seriously injured, according to authorities.

According to the Amaq news agency which is associated with the organization, IS confirmed in a message distributed over social media that "a security unit of Islamic State fighters perpetrated (Saturday's) attack."

The terrorist incident occurred less than a week before the UK general elections - scheduled for June 8- and a few days after a suicide attacker exploded a bomb in a Pop concert in Manchester, killing 20 people, mostly teenagers.

After meeting the governments emergency committee, prime minister Theresa May condemned Islamist extremism and called the ideology a “perversion of Islam”, as reported in The Guardian. “It is time to say enough is enough,” she added.

The prime minister called for action at home where extremism may be tolerated. “There is – to be frank – far too much tolerance of extremism in our country,” she said.