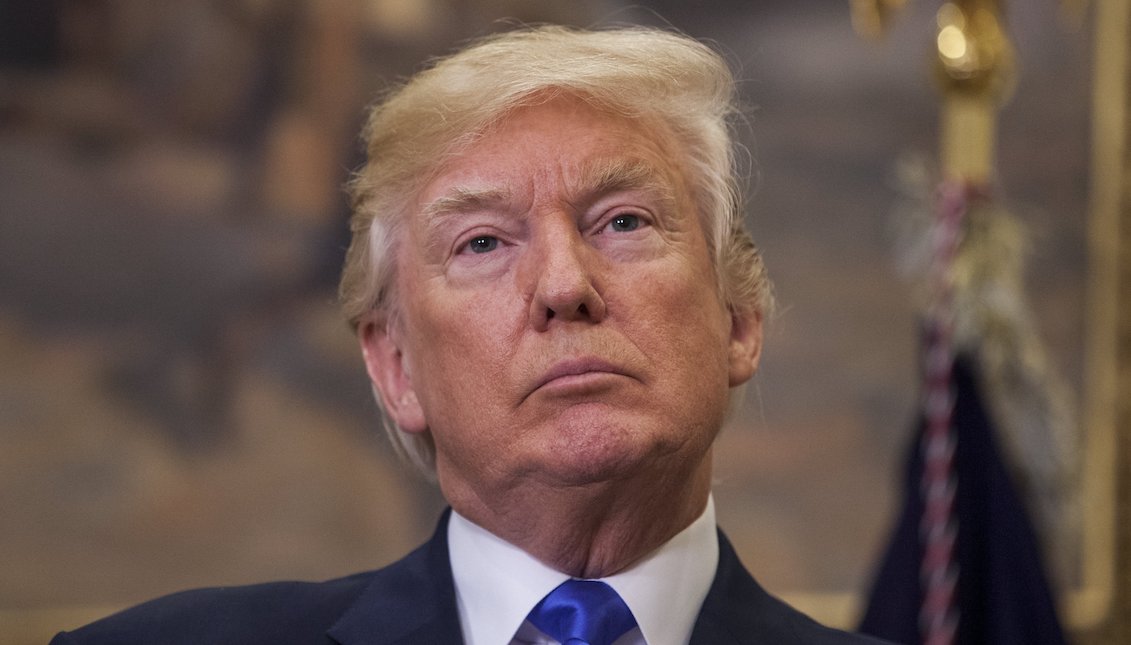 "This would represent the most significant reform of our immigration system in half a century," Trump said at a White House appearance.

The bill, introduced in February by two Republican senators, would reduce the number of legal immigrants allowed in the United States by 40 percent in the first year and 50 percent in a decade, according to prosecutors.

"Priority will be given to applicants who speak English, can financially support themselves and their families, and contribute to our economy," Trump said.

He said the legislation would help "create a merit-based immigration system," which would "reduce poverty" in the United States, "raise wages and save taxpayers billions of dollars."

It will also "ensure that immigrants" who can enter "assimilate into the country, succeed and achieve the American dream," Trump added.

The most significant change would be limiting the ability of new citizens to sponsor other members of their family in order to immigrate to the country, since it would only be possible for US citizens to help emigrate spouses or minor children.

Currently, US citizens and permanent residents can sponsor a variety of family members to obtain a residence permit, including spouses, parents, siblings and married adult children.

The Cotton and Perdue plan would allow only spouses and unmarried minor children to obtain such permits, although it would authorize visas to aging adult parents whose American children were in their care.

The bill would also eliminate the visa lottery, which allocates about 50,000 visas a year to citizens of countries that traditionally have low immigration rates to the United States, and would limit the number of refugees received from anywhere in the world to 50,000 annually.

It is unclear whether the bill could thrive in the Senate, where it would need 60 votes and likely face opposition from Democrats and some of the House's 52 Republicans.

Many large corporations in the United States are opposed to curtailing legal immigration and warn that this could damage the economy by excluding immigrants who may be employed in worse-paid or harder jobs, such as in the agricultural sector.

"Several studies show that punishing immigrant families and limiting immigration will only hurt the economic growth and potential of our nation," Democratic National Committee leader Tom Perez said in a statement.