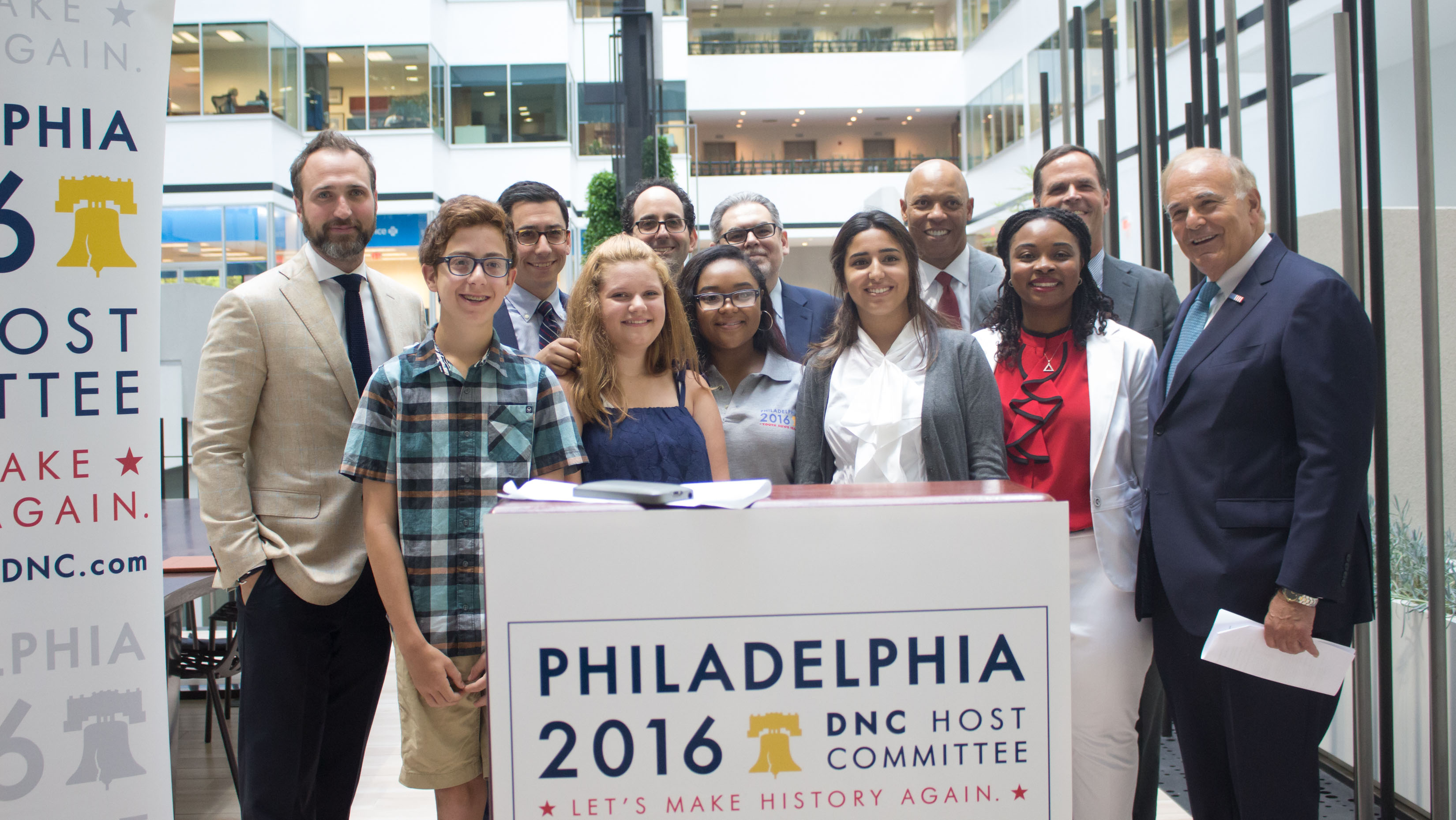 As DNC begins, local students prepare to deliver their own brand of unique coverage

25 local middle and high school students will join thousands of journalists in covering the Democratic National Convention this week, as part of the DNC…

Last week, students from different area schools in Philadelphia completed the first half of the youth engagement program, initiated by the Democratic National Convention Committee (DNCC).

The 25 students-- 20 of whom are from high schools, and the remaining five from middle schools in Philadelphia--  participated in an intensive journalism workshop at the School District of Philadelphia’s PS-TV studio, where they learned multimedia skills such as news writing, photography, video and audio production.

Now, the newly trained young journalists are going to spend the second week getting a behind-the-scenes look at the convention, and putting their newly acquired skills to use.

“Students will use what they learned to answer questions about the issues that are most concerning to them; students will have access to state delegations, caucus meetings, and speak with local and national leaders,” said Craig Santoro, WHYY’s director of educational programs.

Victoria Thornton, a sophomore at W.B. Saul High School, plans to utilize her acquired skills to tackle issues concerning livestock cruelty and GMO’s in food. She will interview veterinarians, farmers, and people from the HYPE program-- a campaign that seeks to improve access to healthy foods, decrease the availability of unhealthy foods, and increase opportunities for physical activity.

She also hopes to crack down Democratic nominee Hillary Clinton’s plan to help the cause.

“Clinton’s website said that she was going to provide aid for family farms; she also said she was against animal cruelty, so I need to know what kind of help she’s planning on doing to prevent it,” she said.

Middle school student Paige Cheatham, who aspires to be a broadcast journalist, is just grateful she will have a role in this historic election since she's not old enough to vote.

"It feels great to be apart of an election that will affect this nation forever; [this presidential race] will decide which way we're going as a country," said the 13-year-old.

Students were equally broken up into five youth teams. Each team was coached and guided by a different journalist. Group mentors included Eric Walter, web producer for WHYY;  Sam Newhouse from Metro; Jared Brey from Philadelphia Magazine;  Kristen Johanson from KYW; and George Spencer from NBC10.

Students from Philadelphia High School for Girls, Franklin Learning Center, and W.B. Saul High School, were among those who went through the open application process. There, they shared essays about that the most pressing social issues to them. Police brutality, immigration, and gun control were amongst the most mentioned, Santoro said.

The program will be funded by the Philadelphia Foundation and the Knight Foundation.

Jordan Schwartz, the Host Committee’s director of external affairs, hopes the outcome for the students involved leaves a lasting impact in their civic lives.

“We hope that, between these two programs, is a chance to build skills, knowledge, and take with them relationships and the understanding of what a convention is that they can be civically engaged individually for the rest of their lives,” he said.

As a participant of the program, Thornton felt she learned intangible abilities, other than technical skills, that will help her succeed in her future.

“They taught us how to write [...] and how to edit, but confidence is one thing that I will always need moving on,” she said.  “Learning how to approach and interview people taught me [that skill].”

The Host Committee partnered with WHYY, KYW Newsradio, the Rendell Center for Civics and Civic Engagement, and PS-TV to make both programs possible.

The DNC will take place at the Wells Fargo Center from July 25 through the 28.