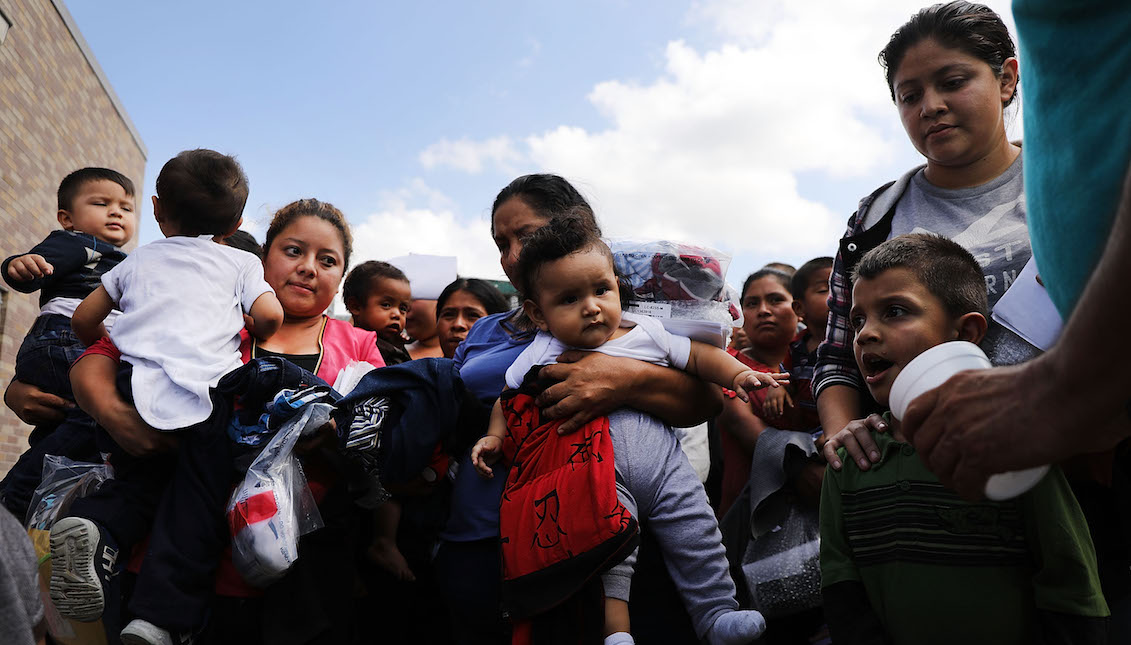 MCALLEN, TX - JUNE 22: Dozens of women and their children, many fleeing poverty and violence in Honduras, Guatemala, and El Salvador, arrive at a bus station following release from Customs and Border Protection on June 22, 2018, in McAllen, Texas. (Photo…

These are the immigrant children who have died in U.S. custody

Five children have died in immigration detention centers in the United States since December, victims of the government's chaotic policies.

How many people must die under a government policy before we realize we are doing things wrong?

On Monday, Carlos Gregorio Hernández Vásquez was found without vital signs during a social assistance checkup at the Border Patrol Station in Weslaco, Texas.

The young man of Guatemalan origin was only 16 years old and had been transferred to the station on Sunday from the Processing Center of the Rio Grande Valley Sector, according to what a Border Patrol official told NBC News.

According to the diagnosis of a nurse practitioner, Carlos had influenza A, and he was prescribed the drug Tamiflu. Later that day, he was separated from the rest of the detainees, followed up and found unresponsive during one of the checks.

Carlos became the fifth immigrant who dies in the custody of the United States government.

One of the first cases of infant deaths in custody was that of Jakelin Caal Maquín, a 7-year-old girl from Guatemala, who died of an aggressive generalized infection, detected upon arrival at a detention center in El Paso, Texas, last December.

Jakelin was separated from her father at the border, after crossing the New Mexico desert with a group of 163 immigrants.

Another similar case was that of eight-year-old Felipe Gómez Alonzo, who died on Christmas Eve inside a detention center in New Mexico.

Felipe too was arrested at the border with his father, and the doctors determined that he was suffering from Influenza B.

Juan's death was reported by BuzzFeed at the end of April and was one of the cases that most drew attention to the conditions to which underage immigrants are subject in detention centers.

Without showing any signs of illness the day before, the 16-year-old presented a sudden temperature rise, chills, and headache at the Southwest Key Casa Padre Center in Texas.

After being treated in a hospital on April 21, he came back to the center, but his condition worsened, and he had to enter intensive care, where he died a week later.

Finally, Associated Press reported last week the death of a child of two and a half years, from Guatemala, in the hands of the Border Patrol.

Guatemalan authorities told the media that the boy was diagnosed with pneumonia in December and hospitalized to control the infection for more than two months. His conditions worsened until he died last week.

While the Trump Administration admits that the homemade migrant crisis is getting out of hand, the increase in deaths of minors in detention centers confirms the negligence that prevails in questionable government policies.

Several investigations are behind the matter, and it has not been possible to determine the exact conditions of death or the responsibility that the Border Patrol or Detention Center officials could have.

However, previous investigations have exposed the mistreatment rate to which young detained immigrants are subjected. This way, these deaths take a completely different connotation.