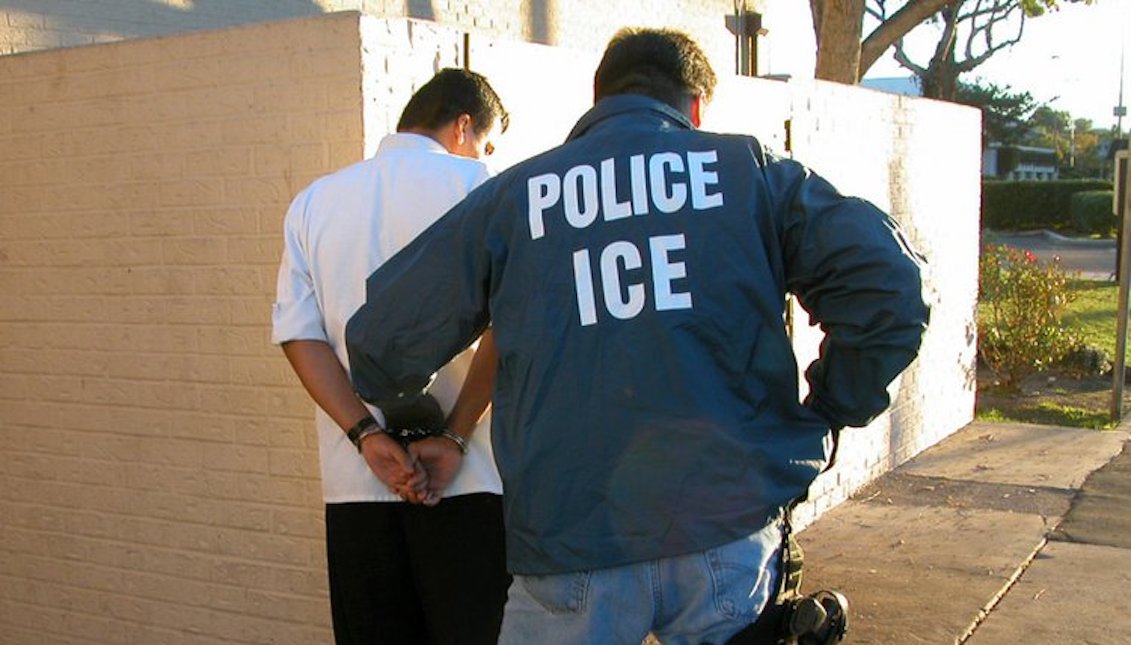 Mass deportation could be a real scenario. Source: http://www.jornal.us/

The detention of undocumented immigrants is also a moneymaking machine

Immigration and Customs Enforcement has managed to get favors from the counties: paying them daily for the number of undocumented people remaining in custody.

For the more idealistic, it is hard to believe that we all have a price, but the case of the persecution of undocumented individuals in the United States is a reality that depresses the most optimistic.

Foreigners trying to start a new life in the United States must not only struggle with endogenous racism, with the most arduous adaptation - to a new language, to new social codes - but also to persecution towards deportation.

An article published by El Diario NY on July 19, has reported that at least 16 counties across the country have found a way to get a steady stream of money from the Immigration and Customs Enforcement (ICE) in keeping undocumented individuals behind bars.

"In Texas, eight counties have recently joined the federal program that allows sheriff's agents to become certified immigration agents," the report said, turning the state into the territory with more counties that benefit economically from raids on undocumented immigrants, followed by the state of Arizona.

This program "allows police and sheriff's agents to be trained and certified as immigration agents and gives them the authority to enforce certain aspects of federal law," the paper continues.

Mary Small, policy director of the Detention Watch Network in Washington, said such agreements are "a perverse financial incentive": “It allows them to control the pipeline of people into the detention facility where they’re then paid per day to detain people,” Small said.

ICE spokeswoman Sarah Rodriguez said that the two measures - 287 (g) and the intergovernmental agreement - do not work together and that it is ICE who determines the time of detention of a detainee, as reported by the Austin American Stateman.

“The agreements for 287(g) cover only the enforcement program and do not extend to detention operations, nor does having a 287(g) program act as a bridge to a detention contract with ICE. The two processes are distinct and governed separately,” said Rodriguez in an email.

For Rodriguez, the 287(g) program is "an invaluable force multiplier for ICE's public safety mission, allowing the agency to take custody criminal aliens”-

This is a scenario radically opposed to that of the Sanctuary Cities, as reinforcement of control, patrolling and detention measures - coupled with increased arrests of citizens without a criminal record - seems to indicate that mass deportation will soon become a reality.

According to Rodríguez, there has been a nearly 50% increase in counties' enrollment in the 287(g) program since February, coinciding with the promise of the new administration to remove all “bad hombres” from the country.

Since the program was signed in 2002, it has been the source of all kinds of disputes. According to TIMES magazine, the Obama Administration reduced its use, focusing on undocumented immigrants with a criminal record. Between 2011 and March 2017, counties added to the program fell from 72 to 37 in 16 states.

But President Trump, during his first days in office, asked the Department of Homeland Security to expand the squares of 287(g), as contained in his budget proposal.

While the new president's budget includes hiring 15,000 new immigration agents for Sanctuary Cities and cutting federal funding for these types of cities, the 287(g) program could mean a significant reduction in costs and of the time necessary for the training and the contracting, counting on sheriffs ready to fulfill orders.