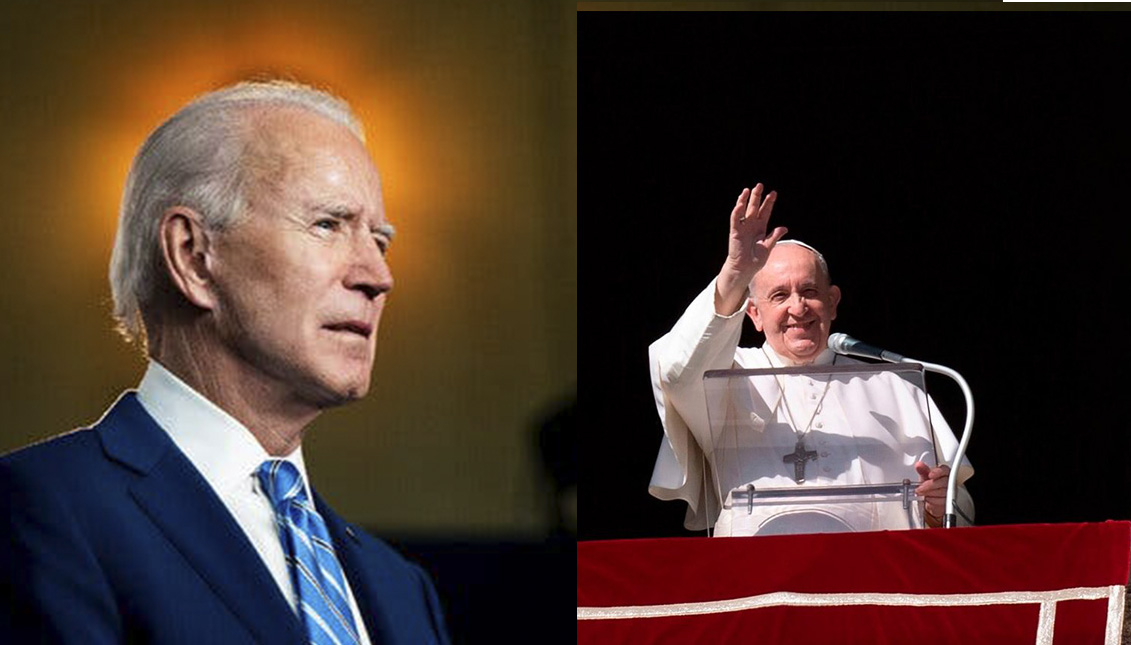 Joe Biden, who is Catholic, used to paraphrase Pope Francis. When Francis phoned him, it was the President who ended up congratulating him. Photo: Tiziana Fabi/Agence France-Presse /Getty Images

The flow of international recognition continues despite Trump's embarrassment

The problem with mutinies is that they force others to reveal their nature. Something similar has been happening to the U.S. Government in the last week, as two captains on board made the rest of the passengers make their movements and clarify what versions of the truth they prefer.

Within the last few days, several reports surfaced that officials loyal to President Donald Trump are following orders and withholding official messages of international recognition at the State Department for Joe Biden's election victory. As a result, the Democratic team was therefore forced to respond through more informal channels to the rest of the world's leaders.

Today, it is federal election officials who are stepping forward in committee to regain the legitimacy that Donald Trump has been dragging all week in a tantrum of threats through his lawyers. Officials denied his bold statements about 2.7 million votes being eliminated and clarified that "there is no evidence whatsoever that any votes have been lost or deleted, or even modified or compromised in any way."

This Thursday, the Election Infrastructure Government Coordinating Council, composed of officials from various departments focused on homeland security, took a step forward according to the BBC in denying the various and bizarre claims of fraud:

"The Nov. 3 election was the most secure in American history. Right now, across the country, election officials are reviewing and double-checking the entire election process prior to finalizing the result," they said.

For all these reasons, it is not surprising that on the same day, Joe Biden, in a press conference where he defended Barack Obama's health reform, took the opportunity to call Donald Trump's position "embarrassing." He seems to be right when the other Republican candidates take a slow step backward — a modest gesture — declaring that Joe Biden should receive the intelligence reports that are being denied at this stage of presidential transition.

It's a feeble way of showing victory, according to the New York Times, on the part of Republican Senators John Thune of South Dakota, Charles E. Grassley of Iowa and Lindsey Grama of South Carolina, who are rushing to wipe away Donald Trump's incredible, de-stabilizing mess. That said, the mutinies force all their agents to act.

Meanwhile, the Republican president continues his unpredictable moves of blind denial. On the one hand, he has suddenly announced the dismissal of Mark Esper, Secretary of Defense, on Twitter, who in the summer was reluctant to send military units to suppress the riots over the death of George Floyd, to put Christopher C. Miller, the director of the National Counterterrorism Center, in his place. On the other hand, he announced even more impositions on Iran, a country whose relationship is on the edge after the assassination of General Qassem Soleimani at the beginning of the year.

Someone that joined the international calls of congratulations for Joe Biden is Pope Francis. The recognition takes on more importance than others as Biden is a fervent Catholic — the second to hold the position — whose family politics are very similar. On one occasion or another, the new President has paraphrased the pontiff, so it is not surprising that it was finally the American leader who ended up congratulating the pope for his work "promoting peace, reconciliation, and the common bonds of humanity around the globe.