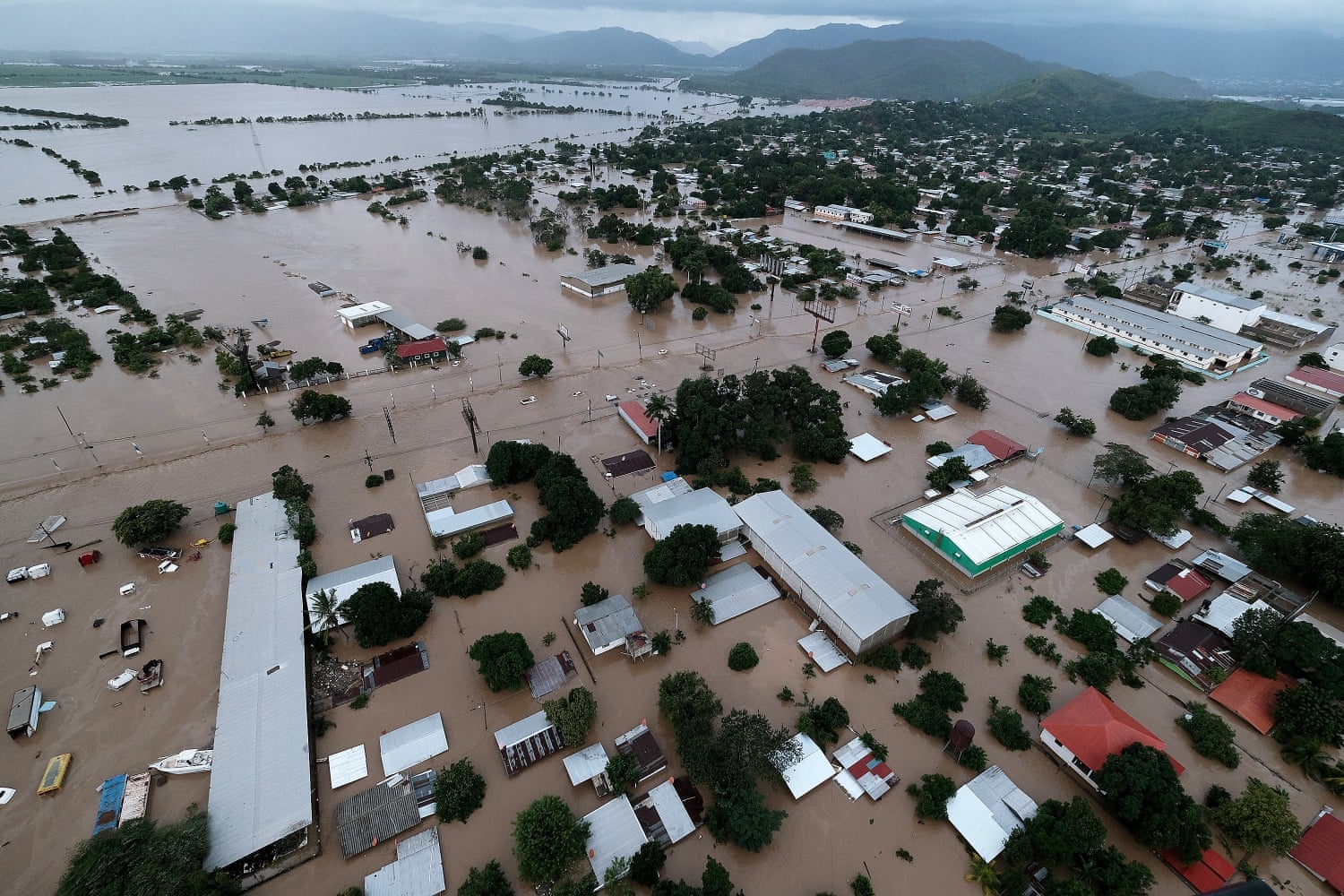 The Climate crisis is one of the driving forces of Central American migration. Here’s how

Hurricanes Delta, Eta, and Iota slammed Central America in 2020. The issue is they have yet to fully recover.

Last Fall, several major storms slammed the Yucatán Peninsula and neighboring countries in Central America. In the four months since, the road to recovery has been slow, and has received little aid.

The devastation in these areas, left unchecked and unaided by closest neighbors, has resulted in a rise in migration that is a continuation from 2019. The natural disasters spurred by the climate crisis have only deepened the humanitarian crisis in Guatemala, Honduras, El Salvador.

In early October, Hurricane Delta grew from a tropical storm into a major hurricane in mere hours, hitting the peninsula with winds of 105 mph, and bringing a dangerous water surge of up to 12 feet. It solidified what would become the busiest hurricane season in recorded history, exacerbated by the shift in climate.

Hurricane Eta hit one of the most impoverished areas of Nicaragua’s coast a month later, as a 145- mph Category 4. It brought widespread damage, deaths, and catastrophic flooding to Central America, resulting in at least 200 deaths across Mexico, Honduras, Costa Rica, and Nicaragua. It forced vulnerable communities with limited resources to confront the impact of another extreme weather event.

No one’s talking about Honduras, and the disaster brought by Hurricane Eta.#Honduras and Yucatan Peninsula are suffering, but Election Week overshadowed the devastation.https://t.co/oVZiggGGEE

Hurricane Iota made landfall near the town of Haulover, Nicaragua, as a Category 4. The storm affected Northern Nicaragua, Honduras, Guatemala, Colombia and El Salvador. Iota rapidly weakened as it moved through northeastern Nicaragua and into Honduras – still bringing torrential rain, flash flooding, and mudslides. Iota dissipated over El Salvador on Nov. 18.

They left more than 200 people dead and another 5.3 million people in need of assistance, including more than 1.8 million children, according to UNICEF’s estimates. Many families everything.

UNICEF estimates that nearly 4.6 million people have been affected in Belize, Costa Rica, El Salvador, Guatemala, Honduras and Nicaragua, among them around 1.8 million children.

It has resulted in a situation that is unstable as it is unsustainable.

Thousands, including about 49,000 children have been evacuated to shelters, and have been forced to remain for long periods of time as houses and communities are not safe, both from the ensuing damage from the earthquakes and the already present levels of violence in Honduras and El Salvador.

The hurricanes only worsened conditions of the global pandemic, which caused an economic downturn. They caused severe infrastructure damages to homes and health centers, increasing the transmission of COVID-19, especially in flooded regions reliant on local agricultural production.

The hurricanes came when farmers were harvesting food to feed themselves, the food their families and communities rely on to live, reported Vox.

There is a link there and it is not far-fetched.

Climate stressors have contributed to the increased hurricane activity in this region known as “The Dry Corridor” and have exposed these countries, with the least contribution to the climate crisis, to be the most affected.

Then, just two months after the disasters struck, Former U.S. President Donald Trump ended Title 42, a measure implemented near the start of the Covid-19 crisis in the U.S. allowing for rapid expulsion of unauthorized border crossers and asylum seekers.

Migrants who decided to make the trek to the U.S. immediately after the natural disasters were not afforded the right to make a case before an immigration judge to stay in the U.S., and most that were subject to Title 42 measures were quickly returned to Mexico.

In November 2020, a federal court ordered a halt to the practice, and on Jan. 29, 2021, the stay was lifted by D.C. Circuit Court of Appeals, allowing minors to be expelled pending its review of the case, but the Biden administration decided against the practice.

The U.S. continues to send back adults and families.

The current migrant crisis did not begin in recent months. Rather, it is a culmination of several crises along with the restored possibility to seek asylum.

In January, representatives Darren Soto (FL-09) and  Senator Tim Kaine (D-VA) sat down with advocates from Alianza Americas, the Center for American Progress, and Oxfam to discuss a new bill proposing to expand TPS status for Hurricane Iota, Eta survivors.

Expanding TPS would go a long way in advancing the understanding that the Biden-Harris administration has with Central America to cultivate healthier immigration strategy, especially if climate is considered as an underlying factor.

“The COVID-19 pandemic and recent natural disasters, including Hurricanes Eta and Iota, have made conditions more challenging. That is why we are calling for the expansion of safe and legal pathways for children to seek protection and reunite with family in the U.S.” said Sanjay Wijesekera, Director of UNICEF’s Programme Division.

“Climate refugees,” are not officially recognized in the United States. Yet.

In January 2020 The United Nations issued a landmark decision recognizing such refugees, and Democrats such as Julián Castro notably pushed to create a “climate refugee” category.

Two years prior, Castro also said on MSNBC that the country needed a system of mutual support and benefit.

But this goes beyond the current system of deportations and working with Mexico to curb the path for migrants. It’s a “21st Century Marshall Plan for Central America.”

“We had 92,000 people at the border last month. What are we doing to make sure we aren’t dealing with this issue two years from now? I’m proposing a 21st Century Marshall Plan for Central America.” pic.twitter.com/6ecTT5ckxO

The reason for thousands of children traveling to the southern border run deep, and stretch farther than the immediate situation at the border. Part of the real story is thousands of miles away.

So far, the Biden administration has tackled the situation with the approach of a national security crisis, instead of framing it within a humanitarian crisis that needs real aid that would eventually lead to mutual benefit.