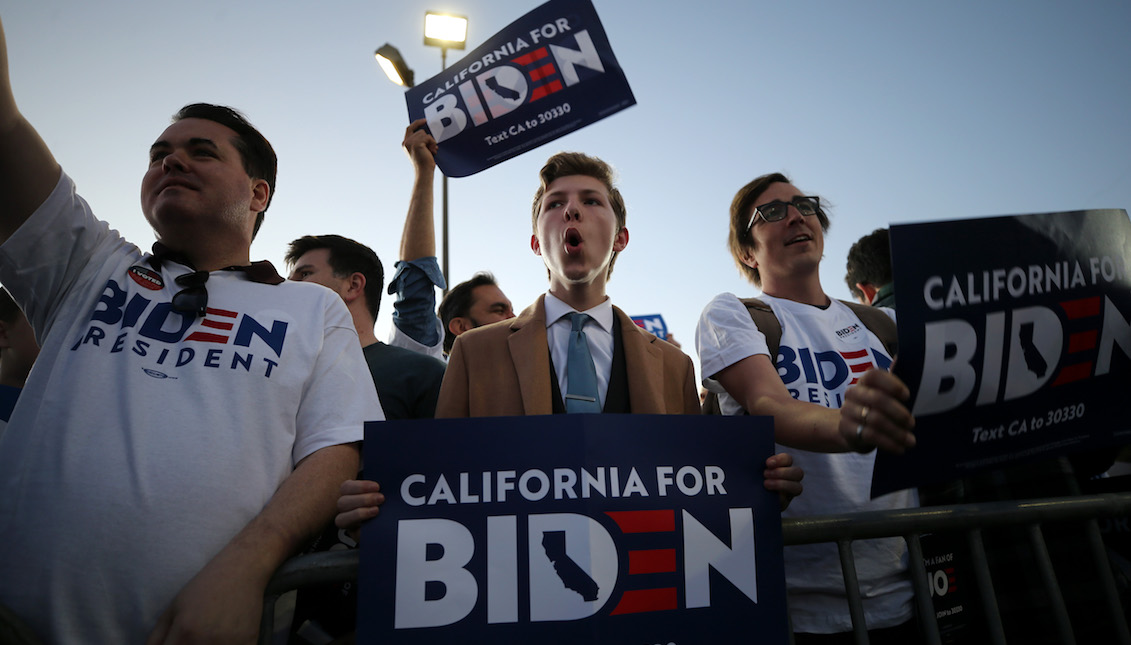 What does Biden's victory mean for Latinos?

During Super Tuesday, Latino voters voted en masse for Senator Bernie Sanders. Is Biden forgetting the strongest community of color in the country?

The most important event for the Democratic nomination seemed to make the Trump Administration's predictions come true: Joe Biden could be their opponent in the November election.

Fighting for the votes of 14 states, Biden, Senator Bernie Sanders, Senator Elizabeth Warren, and billionaire Michael Bloomberg tried to win as many delegates as possible.

The result was an overwhelming victory for the vice president, who won the primaries in Virginia, Alabama, Arkansas, Massachusetts, Minnesota, North Carolina, Oklahoma, Tennessee, and Texas.

Sanders, on the other hand, took his state of Vermont, Colorado, and Utah, and Bloomberg barely got the Samoa caucus.

Although Sanders won by far the state of California as well, Biden's sudden rise in the polls seems to have radically changed the landscape.

But the key agent in the results has been, as we have previously warned, the Latino vote.

Sanders won California with 49 percent of the Latino vote, according to NBC figures, and despite losing Texas, Hispanic voters there gave him 41 percent of the vote, 11 points more than he won in 2016.

This has been a sustained trend since the early states of Iowa and Nevada, where the Vermont senator showed strong support in the Latino community.

Chuck Rocha, one of the Sanders campaign's top advisors, told NBC on Tuesday that he demonstrated "that if you invest in the Latino community, they will show up and vote for you in huge margins.”

“Sanders is going to get a delegate lead. It’s just a question of how much,” said Kyle Kondik, an analyst at the University of Virginia’s Center for Politics, to USA Today. “If Biden can accumulate support and prevent Sanders’ support among Hispanics from going up as candidates drop out, then it becomes more doable.”

With Michael Bloomberg's withdrawal from the race, this scenario is beginning to come true.

According to polls by Univision, Latino Community Foundation and North Star Opinion Research, Sanders has 42% of the support of Latino Democrats nationwide, while Biden has only 15%.

This is due, in part, to the shadow of deportation policies that the Obama Administration imposed during its two terms, as well as the poor acceptance that the former vice president has with Millennials.

The Biden campaign published last December its immigration plan, a key issue for the Hispanic community, ensuring the reversal of many of the Trump administration's immigration policies, including the suspension of the DACA program.

"The idea that anyone will be deported without actually having committed a felony or a serious crime is going to end in my administration," he said at a town hall in Las Vegas in December.

However, his plan does not include the decriminalization of border crossings, something Sanders has supported from the beginning.

The risk is that the Democratic Party, now largely backing Biden, will once again sacrifice the interests of the Hispanic community to try to beat Trump at his own game, while the president maintains his solid support among Latino Republicans.