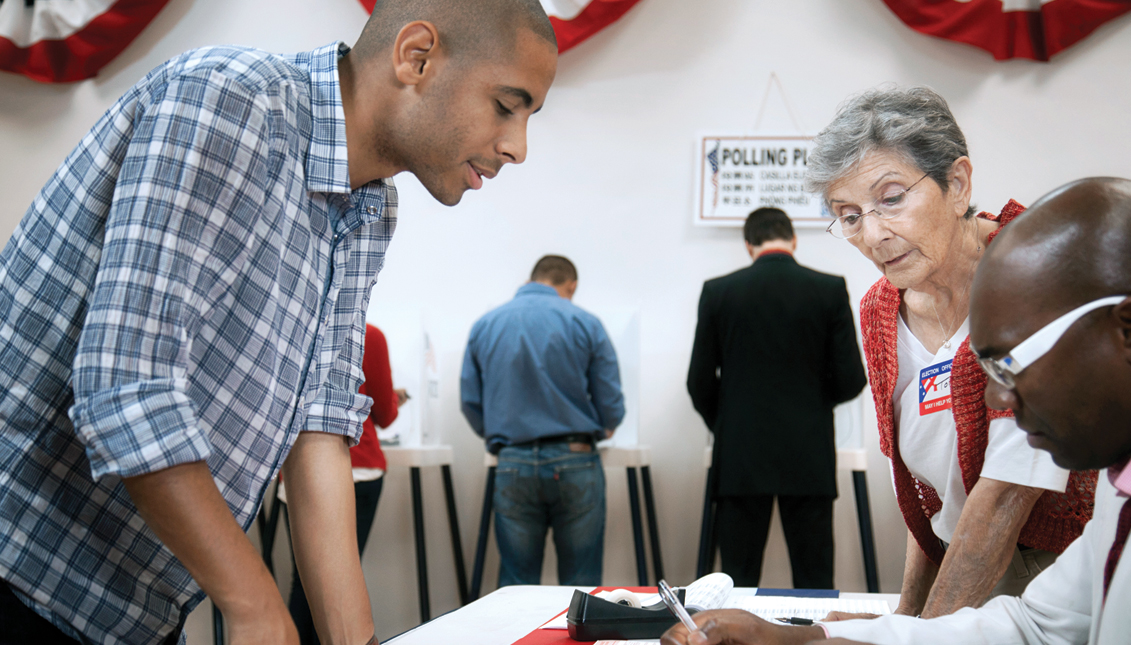 Latinx voters might hold the key to victory in Georgia. Photo: Getty Images.

As seen in Arizona, the Latinx margin in Georgia could flip the Senate blue

Perhaps the biggest surprise in the 2020 general election cycle was that Arizona, a state that had long been lauded to be firmly red, turned Democratic.

The voter gap between Democrats and Republicans, having been narrowing in recent years, finally proved decisive, and the cards aligned for a flip. Within those cards were Mexican-American voters and mobilizing grassroots organizations.

The effort spans years, but the turning point is the state’s growing electoral power by young Latinx voters, and the increase of thousands of new Latinx voter registrations. Of course, being Latinx or Mexican doesn’t designate how one will vote, but there proved to be a clear pattern among Arizona’s Mexican-American voters.

They tend to vote blue, and fueled by a growing involvement in politics, responding to anti-immigrant agendas by lawmakers, and discriminatory legislation, Arizona’s Latinx population came out record force in November.

The same could happen tomorrow in Georgia, where control of the The Senate will be decided by the two runoff elections.

Georgia shares a similar Latinx landscape to Arizona — where the majority of residents are Mexican followed by a smaller percentage of Puerto Rican descent.

If incumbent Georgia Republican Senators David Perdue and Kelly Loeffler hold their seats, the GOP will maintain control and therefore greater ability to block Biden’s agenda and proposals from the Democratic-controlled House.

But Democratic challengers Rev. Raphael Warnock and Jon Ossoff are not the underdogs they appear to be at first glance. That’s especially after record fundraising mere weeks before the election, and Biden’s historic Georgia win — marking the first time the Democratic presidential nominee won Georgia in nearly 30 years.

While this isn’t a reliable indication of Democratic strength in the upcoming Senate races, both sides are courting a demographic on a scale that reaches new heights— Latinos — indicating the awareness that such a slim margin is crucial.

Georgia’s Latinx electorate — composed of 300,000 eligible Latinx voters that identify as neither Democrat nor Republican — could fill the gap.

For months, strategists like Chuck Rocha have said that victory can only be achieved through investment in grassroots organizers who have been on the ground for years.

Organizations like Mijente and Mi Familia Vota, to name a few, that are run by Latinx leaders who know the issues most at stake. Until the last moment, they make connections with communities by making phone calls, recruiting volunteers and going door-to-door.

Many take inspiration from Stacey Abrams and the voter registration movement she led in Georgia ahead of the presidential election.

Black activists at Women Engaged are also busy registering and increasing the vote among young women and young BIPOC voters ahead of Jan, 5.

These small grassroots organizers do it without underestimating the deep nuances that run deep within the Latinx demographic.

That is the pitfall that one can so easily fall into.

This election holds the balance of power of the Senate -- impacting reforms on healthcare, immigration, & safe communities.

Loeffler and Perdue have poised themselves to attract Latino voters by pitching promises of an economic boost, while Warnock and Ossoff have their plans for immigration policy and COVID-19 relief at the forefront.

One need only glance at the data Mijente compiled ahead of the election to see that the latter are on an agenda more aligned with the Latinos they would be representing.

“We’ve talked a majority of voters of #Mexican descent (68%), followed by #PuertoRican (30%) and few #Cuban voters (1.3). Of these, MX voters overwhelmingly say immigration is their main concern but PR voters have both healthcare and Immigration at the top. #GeorgiaConGanas,” Mijente wrote on Twitter.

We’ve talked a majority of voters of #Mexican descent (68%), followed by #PuertoRican (30%) and few #Cuban voters (1.3). Of these, MX voters overwhelmingly say immigration is their main concern but PR voters have both healthcare and Immigration at the top. #GeorgiaConGanas pic.twitter.com/ve4kTLS7G5

But in both cases, this sort of vital outreach should not be left to the grassroots organizers alone.

The fatal mistake, as Rocha mentioned in a later interview, is that Democrats trying to reach Latinos fail to invest a multi-layered approach, across multiple platforms, and not limited to those deemed for Latinos. This effectively alienates them in the end.

In hours, it will be seen if campaigns did enough to reach Latinx voters, and the ensuing data will make plain the pitfalls.

While Arizona cannot be seen as a blueprint for a state across the country, there is a lot to consider within the possibilities.