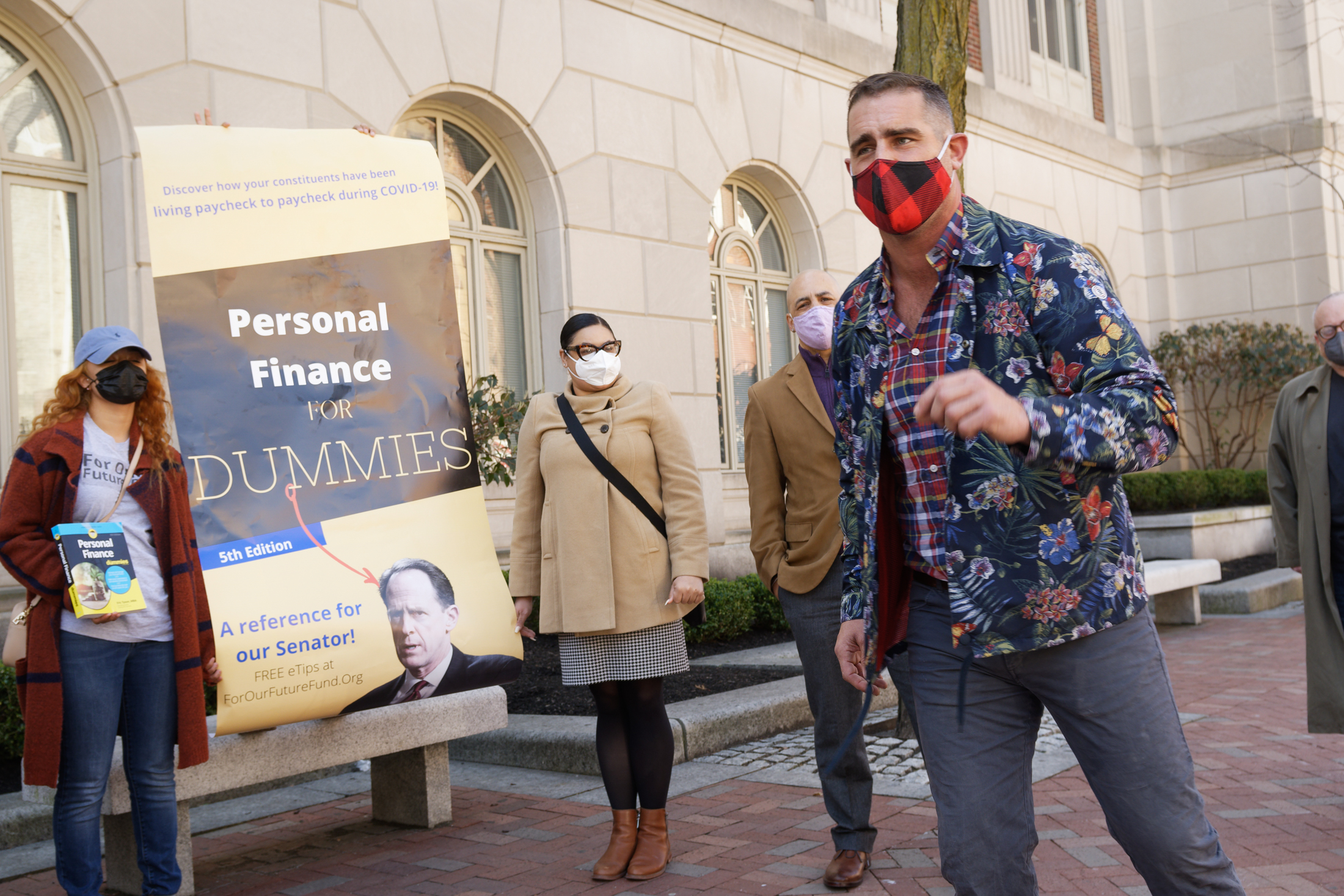 It came after weeks of debate and revision on the bill between the House of Representatives and the Senate.

The latter passed the bill after cutting significant portions from the House version, but it still wasn’t enough for Pennsylvania Senator Pat Toomey, who voted with the majority of his party against the relief bill.

Like most of his Republican colleagues, Toomey criticized the bill for its potential impact on the budget, arguing that the legislation included unnecessary spending, like sending more aid to state and local governments.

He also argued that the economy was on the rebound, citing a drop in the unemployment rate, and laying the duty on governors to get their states back on their feet.

In the end, Toomey’s opposition meant nothing as the bill passed, and much like his vote to convict former President Donald Trump alienated him from members of his own party, his vote against the American Rescue Plan Act drew ire from constituents on the other side of the aisle.

On March 30, that ire manifested itself in the form of a protest outside of Toomey’s office in Philadelphia with the goal of delivering the senator a customized copy of Personal Finance for Dummies.

The book was customized, featuring Toomey’s face and blown up to the size of a poster.

For the 20-or-so organizers present in front of the senator’s office, the creation and demonstration were against Toomey’s lack of understanding for the many crises Pennsylvanian’s endured (and still do) amid the COVID-19 pandemic.

“When we the people needed him, when we needed Pat Toomey to stand up for us and to pass this rescue plan, Toomey said no,” said organizer Jeff Garis of The Pennsylvania 99%.

Ashley McBride, the state director of For Our Future, not only called out Toomey for failing to realize the dire situations of his constituents, but also the majority of his Republican colleagues for rejecting the relief legislation.

“His constituents who are struggling to make ends meet are calling upon him and every Republican to be accountable for their actions,” she said.

Sims hammered the senator on his previous votes for COVID relief that went to corporations as small businesses shuttered and schools struggled to adjust to virtual learning environments.

Rabb pointed to the unique dire situation presented by a pandemic, and how Toomey still remained largely inactive.

“We haven’t had a pandemic in a century. We haven’t had this massive disarray in generations. And what’s his solution? Nothing,” he said.

Toomey announced in October 2020 that his current term in Congress would be his last.

The race for his replacement will be hotly-contested, and already, two of the state’s most high-profile Democratic figures in Lieutenant Governor John Fetterman and State Representative Malcolm Kenyatta, have announced runs.