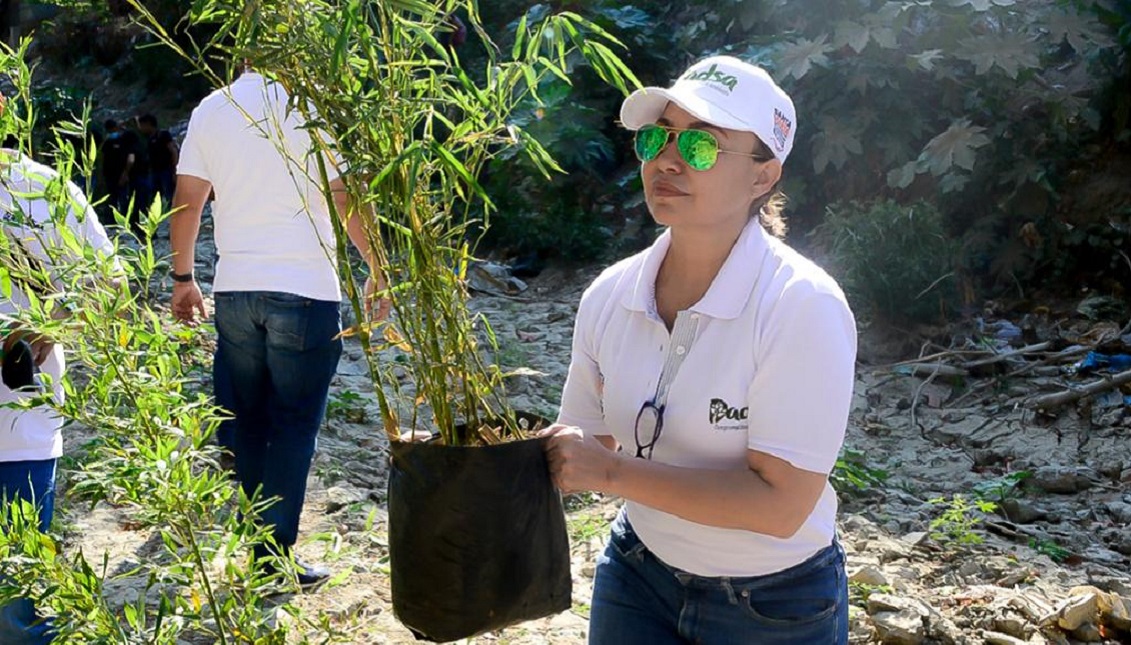 Patricia Caicedo Omar has been the leader of important changes in Santa Marta to combat the effects on the environment. This historical city is the first in Colombia that decided to combat the use of single-use plastics. It was founded in 1525 and Simón…

In Santa Marta, a tourist city in the Colombian Caribbean, measures have been taken, ranging from  intensive tree planting  to a ban on single-use plastics.

It is a beautiful city of about 600 thousand inhabitants, which faces the Caribbean Sea and lay on the feet of the beautiful Sierra Nevada de Santa Marta and Tayrona natural national parks, refuge, home and sanctuary of the Arhuaco, Kogis , wiwas and kankuamos indigineous people.

In recent years, in the face of environmental deterioration that affects many parts of the world, the region decided to focus on factors that affect climate change. Environmentalist Patricia Caicedo Omar has been responsible for changing the course of decisions that can positively impact the well-being of the people and its land in northern Colombia.

Until a month ago, she was the director of the municipal agency responsible for environmental sustainability (Dadsa) and now she is in charge of public services and waste management in the city, where she maintains the goal of making Santa Marta the most environmentally sustainable city in the country. To achieve this, the inclusion of the environmental chair in the city's schools was approved as a public policy, under the premise that the new generations are environmental defenders.

“The main transformation that the city has undergone on the environmental issue is the commitment of the people. For example, before trees were cut down and nobody said anything. Not now. They know it can't be done,” says Patricia Caicedo Omar.

In this sense, from the end of 2020 an intensive reforestation began in neighborhoods and sectors of the city that had a significant deficit and the creation of urban forests. "My bet is to adapt the city to climate change, so we are planting trees all the time," she says, indicating that with satellite help a heat map was drawn up to establish priorities. The initial goal was 10,000 trees to mitigate the impact of climate change. Today the figure exceeds 14,000 in a task in which the communities, the State and the private sector are committed. The purpose is to plant 30,000 between 2020 and 2023. 28 species of native fruit and timber trees have been planted.

‘No to single-use plastic’

But the decisions also impact the daily life of samarios (as Santa Marta inhabitants are called), businessmen and tourists. In 2018, single-use plastic and expanded polystyrene, widely used in the city and in the rest of the country, were banned. Santa Marta thus became the first Colombian city to declare war on this type of polluting materials.

"The consumption of plastic in the city must be reduced to its minimum expression. But in the end the great controversy and the work is with the producers, not with the final consumer. The final consumer, on a planet that is so connected, is the one who pushes for the production model to change, ”says the environmentalist.

According to the UN Environment Program (UNEP), in 2050 “there will be more plastics than fish in the oceans unless people stop using single-use items made from this material, such as bags and bottles".

Patricia Caicedo warns that in Santa Marta progress is being made in large areas, with restaurants and with the community so that the prohibition runs smoothly. “We are working with the shopkeepers, but also with those who sell them the plastic. The idea is to promote other materials that are friendly to the environment ”, she adds.

The work has not been easy, but there have been phases for the full implementation of the measure. The first phase was awareness raising while the trade shifted the stock. Then came the pedagogical stage with symbolic sanctions and now the sanctions are firm. Likewise, "at the same time we have promoted a project with women so that they are the ones who make bags of cloth or other materials so that they can sell them to suppliers."

Simultaneously, days have been spent cleaning beaches, rivers and streams, where a large quantity of plastics and other materials goes. For example, it went from 23 tons of solid waste in 2017 to 177.2 tons in 2020. Work has also been done on the reuse of synthetics, so that on average in 2018 there were 58 tons and in 2020, 145 tons .