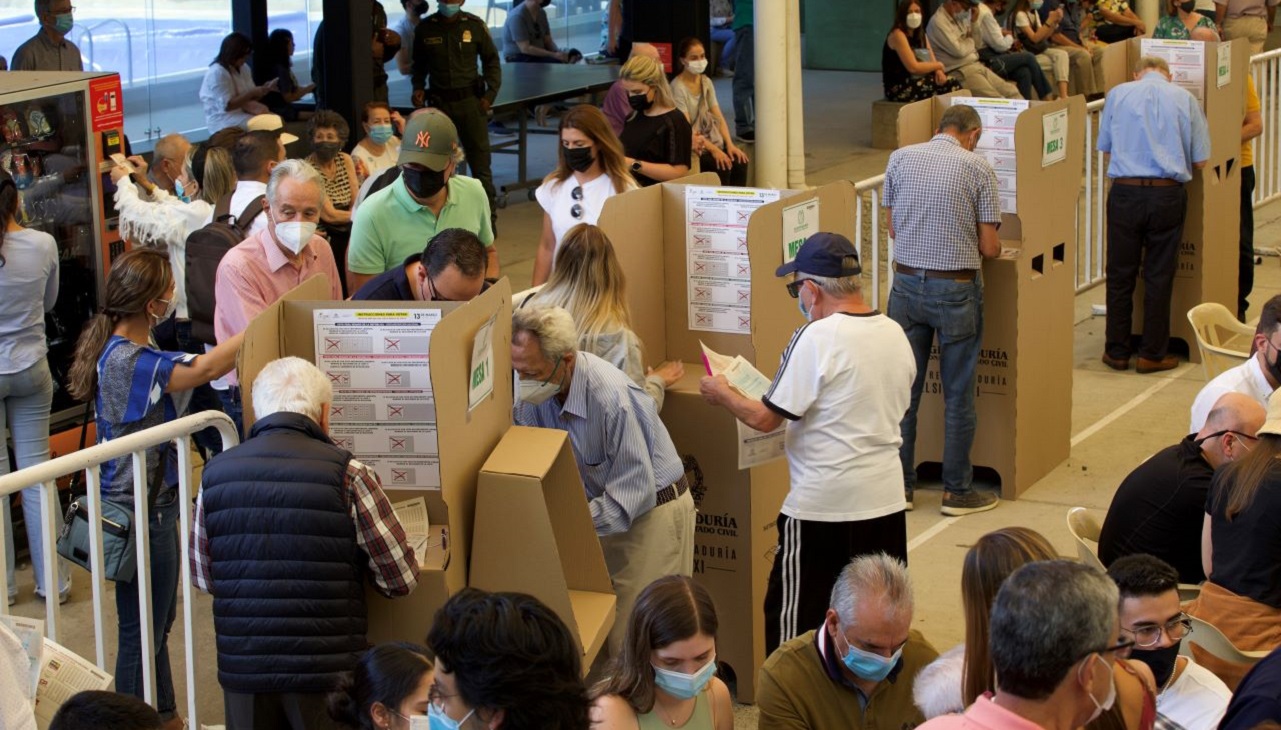 The left is now the leading political force in Colombia's Senate

The Pacto Histórico, a coalition of left and center parties, won the most votes in the Senate and House of Representatives. The president is elected in May.

The predictions came true on Sunday, March 13 in Colombia during the election of the country's new Congress. Uribism and the Centro Democrático, the ruling party and right-wing group led by former President Álvaro Uribe Vélez, suffered its worst setback in 20 years. It lost 21 seats in the Senate and the House of Representatives and is no longer the country's leading political force.

The new helm will be taken by Pacto Histórico, a coalition of left and center parties led by Gustavo Petro, who is favored to win the May 29 presidential elections.

The elections took place amid strong criticism from the opposition, which denounced the lack of transparency in the elections, even as representatives of the OAS and the international community served as observers in several regions of the country. In addition, Pacto Histórico, which exercises a fierce opposition to the government of President Iván Duque, provided 50,000 volunteers to ensure that the elections were conducted legally, as well as the counting of votes at the polling stations.

On Sunday, three coalitions also allowed voters to choose their presidential candidates in the first round of the presidential elections, to be held at the end of May. Voters chose Gustavo Petro, for Pacto Histórico, Federico Gutiérrez, a pre-candidate of an alliance of right-wing parties, and Sergio Fajardo, of the Coalición Centro Esperanza, from the center.

At the end of the day, Pacto Histórico added the highest number of votes for the Senate and House, and won 41 seats, an unprecedented flip in Colombian politics. In addition, the major victory serves as a parameter for the presidential elections, considering the party's leader, Gustavo Petro, is the favorite in the polls to become the new President of Colombia.

To elect the new Senate and House, just over 17 million people voted, meaning 55% of the population abstained, a usual turnout number in Colombia.

Now, expectations ait on the first presidential round, where 11 candidates are expected from all political parties. But there could be fewer if some alliances are resolved this week. In addition, as no political force will dominate both chambers, agreements between different political groups are also expected to garner legislative dominance.