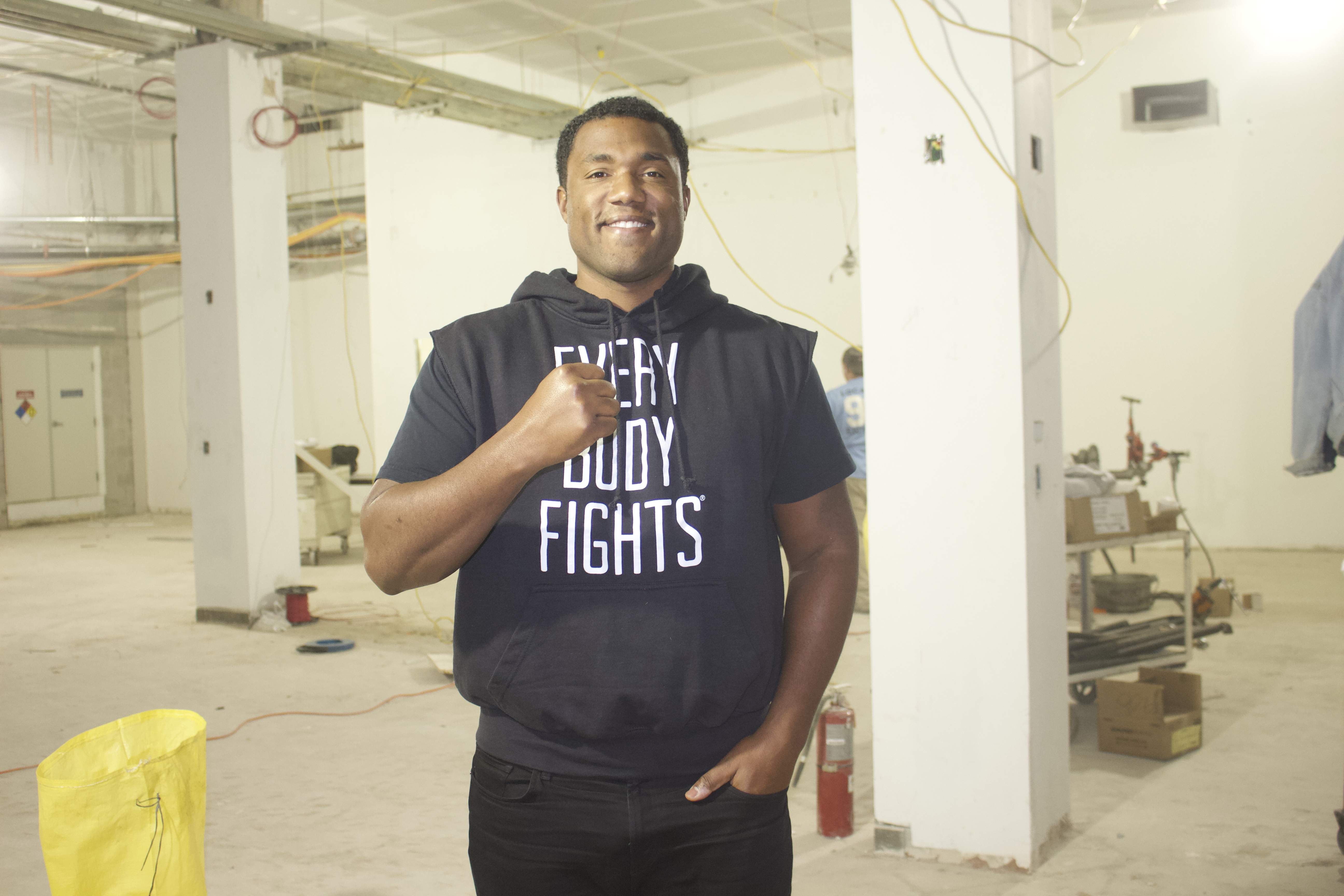 George Foreman III building own legacy as a trainer and entrepreneur

After a successful career as a professional boxer, George Foreman III found a love for training and has turned it into a business.

The Foreman namesake is synonymous with the sport of boxing and, more recently, entrepreneurship. As the second son and sixth child of Olympic gold medalist and two-time heavyweight boxing champion, George Foreman Sr., George Foreman III grew up seeing first-hand what it took to succeed both inside the ring and out.

Witnessing the second half of his father’s professional boxing career, Foreman III said he learned two very valuable life lessons early on—the first of which being that what others may say or think doesn’t matter.

“I think a lot of us base our lives on the encouragement of other people, people co-signing with people, or telling us that they believe in what we’re doing and that it’s possible,” Foreman III said during an interview with AL DÍA. “We base a lot of our opinions on the optimism of other people, relative to our goals—whether they think it can happen or not—and I just think that that doesn’t matter at all.”

While Foreman Sr. spent a decade away from the ring before training for a comeback, Foreman III remembers reading the newspapers and seeing sportswriters say in print that his father was “washed up,” that he was 300 pounds and out of shape, and that “no one would pay to watch him fight.” However, within four years after his comeback, Foreman Sr. was again competing for the world heavyweight championship, and three years after that became the oldest heavyweight champion in boxing history at 45 years old. Foreman III credited “an obsessive amount of hard work” as the reason why his father managed to accomplish that feat—the second lesson he said he learned from his father early on.

“You have to do something that’s subjectively impossible. And how do you do it? Man, an obsessive amount of hard work,” he iterated. “The type of hard work where when you tell people what you did, they don’t believe you.”

Foreman III inherited that work ethic and went on to have a professional boxing career of his own between 2009 and 2012, where he garnered a 16-0 record with 15 knockout victories. More recently, Foreman III co-founded EverybodyFights boxing and fitness luxury gym, opening the first in January 2014. Since then, the gym has expanded to six locations in five U.S. cities. There, he helps people of any fitness level learn how to “train like a boxer” and “live like a fighter.”

Discovering a love for training

During his teenage and early adult years, Foreman III worked as his father’s manager, playing a key role in every boxing-related activity. By the time Foreman III reached his mid-20s, his father was long retired and the roles reversed. The elder Foreman insisted on training his son at the George Foreman Youth & Community Center, which first opened in 1983—the year Foreman III was born. The center was founded by Foreman Sr. to give kids a safe place to hang out and stay off the streets, but was open to people of all ages.

While also using the same training techniques the elder Foreman used during his pro career, Foreman III remembers his father telling him that while he trained him, he wanted him to restart the boxing program at the gym that had been closed for about a year. The idea behind it was for Foreman III to teach others whatever his father taught him that day.

After some initial hesitation, it didn’t take long for Foreman III to realize how much he loved training others. It made him watch even more boxing tapes to make sure he had something new to talk about everyday, and increased an already strong love for the sport of boxing.

“I looked up and four years later... I had spent triple the amount of time training other people than I did myself,” Foreman III said.

After his 15th fight, Foreman III started thinking more about his future and came to the realization that a career as a boxer just didn’t have the same stability or sustainability as a career as a trainer could.

That eventually led to a conversation with his long-time best friend, Anthony Rich, who was in the real estate business and is a boxing enthusiast.

“I said ‘This [boxing] is not the right thing to do because I can’t do this until I’m 60,’” Foreman III recalled. “Whatever I do until I’m 60, I should be doing right now. I should be getting good at it.”

Foreman III and Rich started visiting boxing gyms around the city, learning more about what it takes to create and successfully run one—everything from buying the equipment, to getting amenities and figuring out how much to charge as a membership fee relative to the market.

After doing his homework, the decision was made to begin the process of creating his own gym. The first EverybodyFights gym officially opened its doors in Boston in January 2014.

Philadelphia as the newest home

With two locations already in Boston, and one in New York City, Chicago, and Lexington, Kentucky, Philadelphia was chosen as the city to house the sixth EverybodyFights boxing gym.

“I think it’s a good market, and I think it’s a market that a lot of people are overlooking,” the entrepreneur said of the city. However, that tells only part of the story about why he chose Philadelphia as the newest location for the chain.

“The boxing culture here, I think there’s something to it,” said Foreman III.

From the popularity of the Rocky and Creed movie franchises, all filmed in the City of Brotherly Love, to the great “Smokin’” Joe Frazier, Foreman III said he saw Philadelphia as a city that has the history and culture that makes it perfect to hold this project.

“Where else can you go where people know who guys like Bennie Briscoe are? Guys like David Reid? Guys like Meldrick Taylor? Like, in other cities, no one knows who those are, but those guys are international legends!” said Foreman III.

“I think the biggest driver of success for us is people just genuinely being excited about enjoying the boxing experience—a real, authentic boxing experience,” he added, noting that he feels that residents of Philadelphia have the potential to help continue riding the wave of boxing steadily being a new trend in fitness.

What does the future hold?

Foreman III is fully invested in the EverybodyFights chain and eyes further expansion over the next several years.

However, when asked if stepping into the ring as a fighter was officially in the past, Foreman III didn’t completely slam the door shut.

“It’s hard to say,” he stated, acknowledging the fact that his father was around the same age when he made his comeback while no one thought it was possible.

“I feel like I’m a lot closer to the idea of going back in the ring than he was at that point, so who knows?” he said. “Having said that, I have a greater passion for training people. I have a greater passion for training trainers to train people who have never boxed before. And to the extent that that keeps me busy, I’ll probably never go back to boxing.”

The main focus remains on training others, but most importantly, to make premium fitness more affordable to the customer. That’s what Foreman III wants to get credit for more than any other titles.

The Philadelphia EverybodyFights gym is scheduled to open in January 2019 at 1900 Market Street.