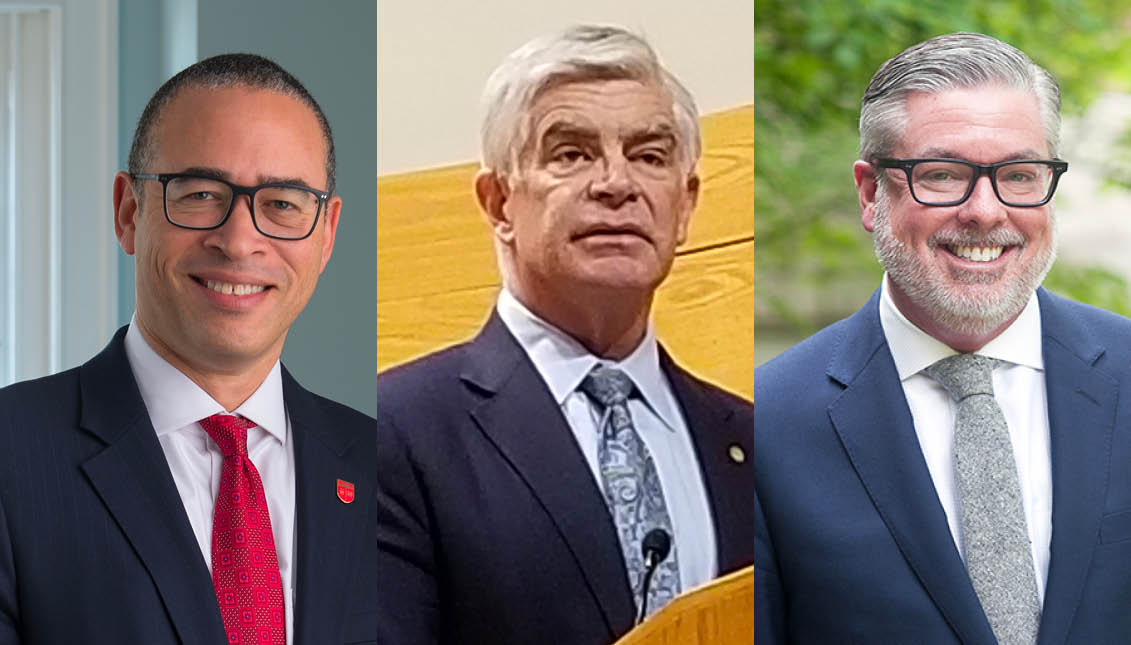 Policy makers, financial experts, academics and university presidents were invited not only to show the new difficulties brought on by the pandemic, but how it may have worsened long-standing issues. Photo: rutgers.edu/pcbe.org/Drexel.edu

The Consumer Finance Institute at the Federal Reserve Bank of Philadelphia hosted a virtual event on Wednesday, May 12 to analyze the financial health of higher education institutions in the pandemic era.

The event was titled “Symposium on Institutions of Higher Education: Financial Viability and COVID-19.”

Policy makers, financial experts, academics and university presidents were invited not only to show the new difficulties brought on by the pandemic, but how it may have worsened long-standing issues.

Patrick T. Harker, President and CEO of the Federal Reserve Bank of Philadelphia, opened the event by describing the degree to which higher education contributes to local economies and the labor market.

“There are the millions of Americans whose livelihood depends indirectly on higher education. Think of the restaurants, coffee shops — and, let’s be honest, grungy bars — that cluster near campuses, as well as the legions of suppliers of books, accommodations, transportation, furniture, utilities, technology services, and so much more, that depend on colleges and universities,” he said.

Harker also mentioned that 4 million people were employed in higher education and as of Fall of last year, 19.7 million students were enrolled in America’s colleges and universities.

In the first segment of the symposium, the president of the Kentucky Council on Postsecondary Education, Aaron Thompson, made the argument for why federal and state governments should invest more in higher education.

“In Kentucky, the state gets a 62% return on investment for every dollar they spend on higher education… I think we’re better off now because we have put 17.5% more people with higher ed. credentials on the street,” Thompson said.

He tried to make the connection that many of the people on public benefits or in prison do not have a college education and if they obtained a degree, they will better their socioeconomic status by making themselves a more valuable individual in the labor market.

As people have a greater access to capital they will have less of a need for means tested government programs.

58.8% of Kentucky high school graduates are going to college and this is below the national figure of 62.7% for the class of 2020, which saw a 3.5% drop to the previous year according to the U.S. Bureau of Labor Statistics.

She described how the pandemic constrained resources states had not only for education, but also many essential services that are vital to have during the pandemic. This includes funding hospitals and first responders.

The combination of state governments having less resources and families experiencing a downturn in their financial situation because of the pandemic is a decent part of the explanation as to why colleges have seen a significant decrease in enrollment.

Problems that were worsening before COVID-19, like the continued increase of costs for higher education while America struggles with growing income inequality that trends from the Great Recession and college debt crisis.

CNBC reported that from 2008 to 2018, the tuition at both private and public colleges went up by over 25%, but the institutions have spent 13% less per student in that time. Student loan debt has since surpassed $1.7 trillion.

“Our degrees are nearly worth 100,000… If you’re a family earning 45,000 a year, which is the median income for people in this state, you will be spending 50% of your income on higher education for one child over years,” added Daniel Greenstein, the Chancellor of Pennsylvania’s State System of Higher Education.

Smith Ellis also mentioned that New Jersey has a tuition free community college program for families who make under $65,000 a year. The median household income in the Garden state is slightly over $82,000, but according to USA Today, they are the seventh-most taxed state in the nation.

They are currently in a battle with the legislature to extend this program for four-year public colleges.

This panel discussion offered varying insight since it featured presidents from a community, private, public and historically black college.

Rutgers University’s president, Jonathan Holloway, came into his position last summer, so he has only known how to run an academic institution during a pandemic. He commented on how drastically remote learning has affected the finances of New Jersey’s largest college.

“Losses approached nearly a quarter billion dollars… we are incredibly dependent on tuition room and board, to an uncomfortable extent,” said Holloway.

“We’re more reliant on tuition and fees than ever before, it comprises 70% of our budget… we lost about 15% of enrollment during COVID and we’ve calculated that a loss of 1% means a loss of half a million dollars,” she stated.

Numbers gathered by the Center for American Progress shows that the pandemic only put community college students and administrators at a greater disadvantage.

They receive $8,800 less in education revenue per student enrolled than four-year institutions and it leads to a total gap of $78 billion between the two sectors.

Drexel University’s John Fry outlined how he managed the remote college experience adjustment at the institution he has led for over 10 years.

He estimated a $90 million hit with an 18% reduction in the incoming freshman class.

Fry was determined to show his commitment to supporting students and other faculty by also reducing his salary by 20%.

The school’s cooperative education (Co-op) program is a large selling point for Drexel, and its administration thought that safety measures would result in thousands of students not being able to secure work experience in their Co-op cycles.

In the end, 89% of Co-op employers stayed committed to having students work with them virtually.

Fry saw Drexel’s quarter system as one the reasons as to why they adapted to the challenges the pandemic presented. This gave them more opportunities throughout the year to make changes that a traditional semester system would not be able to.

Each of the institutions deal with government in different ways given affiliations.

Wayne Frederick, president of Howard University, said that because the historically-Black college he leads is included in annual appropriations he meets with all 100 senators every year to ensure adequate federal funding for his institution.

Fry hopes to see Congress pass an infrastructure bill that would be huge both for continuing to fund projects in West Philadelphia neighborhoods and updating the accessibility of Drexel given the fact it is near a massive rail hub like 30th Street Station.

Of the $2 trillion infrastructure plan proposed by the Biden administration, $80 billion would go towards modernizing Amtrack’s Northeast Corridor line, which connects Philadelphia’s to multiple destinations between Richmond, VA and Boston.

Within the plan, another $85 billion would be spent on improving public transit systems. This includes the Southeastern Pennsylvania Transportation Authority (SEPTA), which serves Philadelphia and the surrounding counties.

For Eddinger, when she hears infrastructure, she hopes to see expanded broadband because it will keep low income students connected.

The pandemic forced many students to take their classes from home, but many were placed at a disadvantage if they lacked access to reliable internet.

In 2017, the Federal Communications Communication (FCC) estimated that 21 million Americans lack high-speed internet access, but 2019 data from Microsoft shows that the digital divide is much greater.

She also hopes that the current administration comes through on their promise of providing free community college to every American.

This idea is included in Biden’s American Families Plan and would cost about $109 billion.

Students at community college often end up transferring to a four-year institution and a report from the Jack Kent Cooke Foundation found that these transfers have equal or higher graduation rates than their peers.

Many would think the presidents in the panel would oppose this given the potential competition it would create, but the three men welcomed the notion of free community college.

“I know it's complicated, but I hope we continue to pursue this,” said Fry.