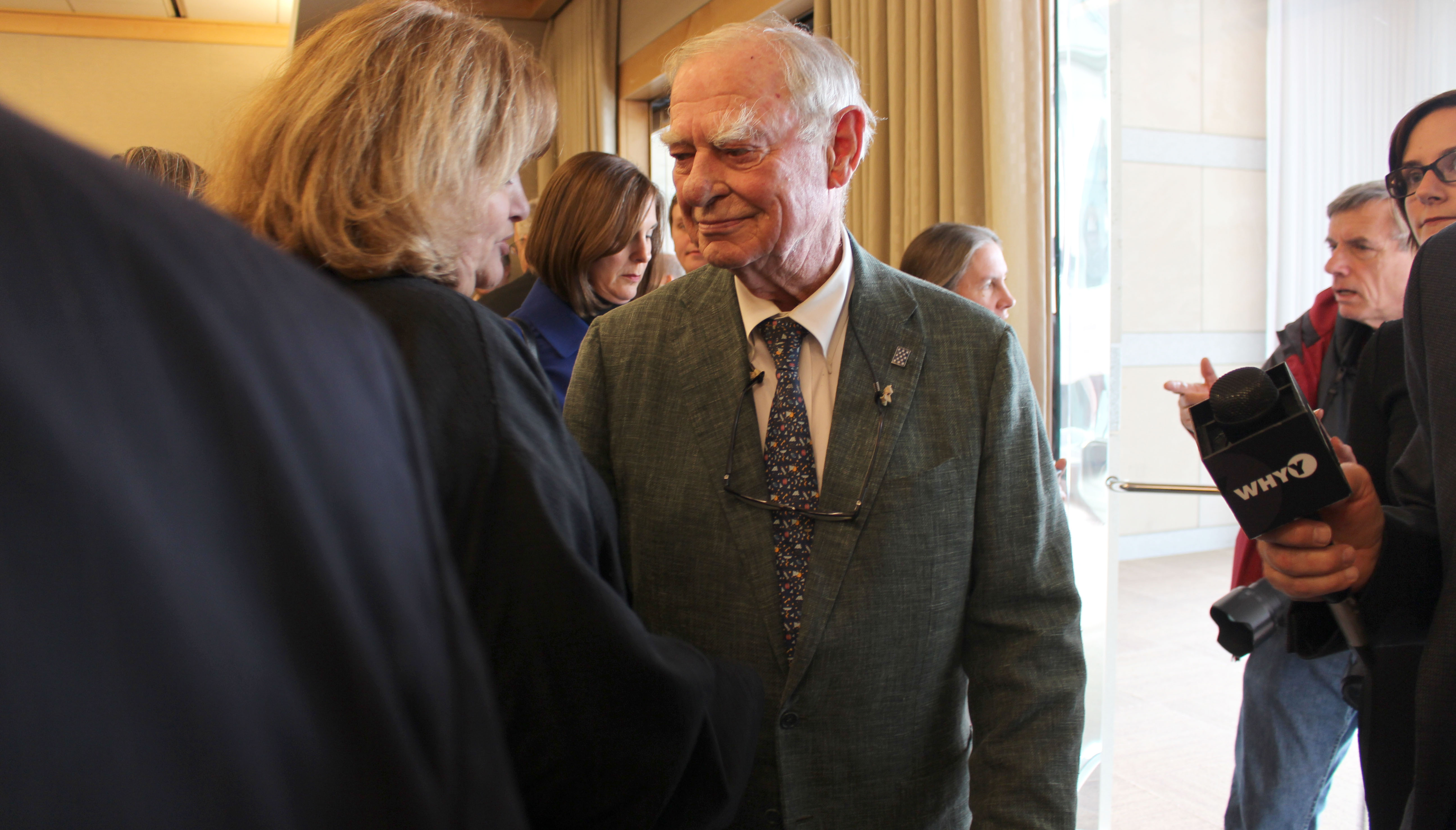 Ramos, president and CEO of the Philadelphia Foundation, the organization that will house the project, announced his excitement of partnering with Lenfest for such an extraordinary effort.

“Philadelphia is a great city,” said Ramos, the first Latino to hold the position of president for the Philadelphia Foundation. “And great cities thrive off of great ideas and actions, today’s announcement certainly fits that description on all accounts.”

Like Nelson Poynter who established the Modern Media Institute — which later became the Poynter Institute in 1978 — Lenfest is embarking on an ambitious project, which will impact not just Philadelphia but the future of the city’s journalism.

In a surprising move, the Philadelphia Media Network (PMN) announced late Monday evening that the three papers and website would be donated to the newly formed Institute, and that Lenfest, no longer the sole owner, would contribute $20 million to the Institute’s new endowment.

“The institute’s goal of contributing to the resilience of real high quality independent journalism in the digital age is a critical endeavor for the civic health of our greater Philadelphia community,” Ramos said. “Sustainable journalism is vital to our democracy nationally and the establishment of a structure within which the Pulitzer Prize winning work of the Philadelphia Inquirer, Daily News and philly.com can continue editorially and manage independent under local control.”

The Institute will be governed by a Board of Managers, chosen by Lenfest, that includes a host of notable academics. Aside from Lenfest and Ramos, members include Sarah Bartlett, dean of the graduate School of Journalism at the City University of New York (CUNY); David Boardman, dean of the School of Media and Communication at Temple University; Steve Coll, dean of the Columbia University Graduate School of Journalism’ Michael X. Delli Carpini, dean of the Annenberg School for Communication at the University of Pennsylvania; David W. Hass, vice chairman of the Wyncote Foundation; Rosalind Remer, vice provost and founding Lenfest executive director director of the Center for Cultural Partnerships at Drexel University; David Schizer, dean emeritus and professor of law and economics at the Columbia University Law School; and Leonard Tow, founder and chairman of the Tow Foundation.

The TPF Special Assets Fund associated with The Philadelphia Foundation, the Philadelphia Media Network, LLC, which has been converted to a public benefit corporation will operate independently as a taxable subsidiary of the institute.

“What would the city be without the Inquirer and the Daily News?" Lenfest said, “Ask yourself. No TV, radio or internet portal can match the news agencies in-depth coverage.”

Lenfest first purchased three publications with Lewis Katz in 2014. Since then he has expressed no interest in selling the papers, but putting them into the right hands.

David Boardman, the dean of Temple’s School of Media and Communication, felt that there is great potential with the Institute in helping local and regional journalism to the benefit of the entire country. But he emphasized that, despite their new nonprofit status, the papers will still make a profit.

The formation of the Institute also will not help in the previous layoffs of journalists that took place at the three news organizations just last year.

“It really doesn’t fix any of the challenges short term but I think builds the foundation for a much longer runway to reinvent their business,” Boardman said. “The company is still going to have to show a dollar of profit. It’s tragic that journalist are losing their jobs and I think the people who run PMN are determined to minimize that kind of reduction in the future.”

Although the new Institute now owns PMN, PMN will operate independently under its current management team and board of directors.

Under Lenfest’s Gift Agreement, “The editorial function and news coverage of PMN shall at all time remain independent of the institution and shall not attempt to influence or interfere with the editorial policies or decisions of PMN.”

“You heard from Mr. Lenfest and others, [and from] the leadership of the three large newspapers that all print news media is critical but undergoing a lot of change in the digital age,” Ramos said.  “To be part of such a big endeavor to ensure that our democracy continues and that independent journalism both nationally and locally is a great privilege and great opportunity, and I think we will be a great benefit to all of Philadelphia.”