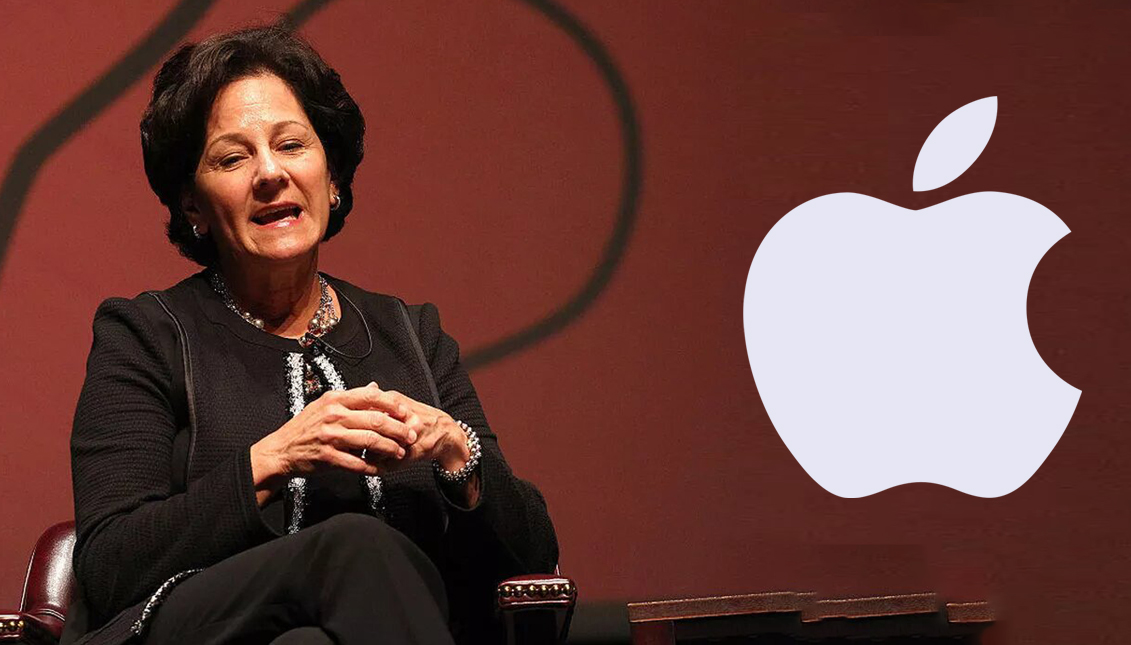 Monica Lozano is the newest member of Apple's board. Photo: Getty Images.

Apple finally puts a Hispanic on its board

While the big tech giant now has a Latina board member, technology in general shows in love for Hispanics on its boards.

Apple got off the schnide and announced the appointment of its first Hispanic board member.

The technology giant did it with the announcement of the appointment of Monica Lozano to its board.

Lozano is the chief executive officer of College Futures Foundation and she has 30 years experience in journalism.

Lozano has spent 30 years as an editor and publisher of La Opinión, the largest Spanish language newspaper in the US based out of Los Angeles. She currently serves as chairman and CEO of La Opinión's parent company, ImpreMedia.

Lozano is also a co-founder of the Aspen Institute Latinos and Society Program, and a former chair of both the University of California Board of Regents and the board of directors of the Weingart Foundation, a private philanthropic organization. Lozano is also a former board member of The Walt Disney Company.

Prior to her appointment,  the eight member Apple board did not feature any Hispanics, though other minorities like Andrea Jung.

Apple is part of a trend among the most iconic American technology companies which continue to show scant interest in appointing Hispanics on their corporate boards.

Microsoft, Facebook, Alphabet (which owns Google and YouTube), and Oracle all have zero Hispanics on their boards, according to data from Latino Corporate Directors Association (LCDA).

Lozano issued this statement about her announcement, ““I’ve always admired Apple’s commitment to the notion that technology, at its best, should empower all people to improve their lives and build a better world,” said Lozano. “I look forward to working with Tim, Art, and the other board members to help Apple carry those values forward and build on a rich and productive history.”

"Monica has been a true leader and trailblazer in business, media, and an ever-widening circle of philanthropic efforts to realize a more equitable future — in our schools and in the lives of all people," Apple CEO Tim Cook said in a statement. "Her values and breadth of experience will help Apple continue to grow, to innovate, and to be a force for good in the lives of our teams, customers, and communities."

“Monica has been a pioneer in every organization fortunate enough to benefit from her vision and expertise,” said Arthur Levinson, Apple’s chairman. “After a thorough and fruitful search, I couldn’t be more confident in the positive impact Monica will have on our board and Apple as a whole.”

Apple launched a $100 million initiative on corporate diversity in the summer 2020.

“Apple is launching a $100 million initiative to promote racial equality for people of color with a focus on ‘education, economic equality, and criminal justice reform.’ The program, named Apple’s Racial Equity and Justice Initiative, will be led by Apple VP Lisa Jackson.” According to a story in The Verge.

The unfinished work of racial justice and equality call us all to account. Things must change, and Apple's committed to being a force for that change. Today, I'm proud to announce Apple’s Racial Equity and Justice Initiative, with a $100 million commitment,” Apple CEO tweeted out when the announcement was made.