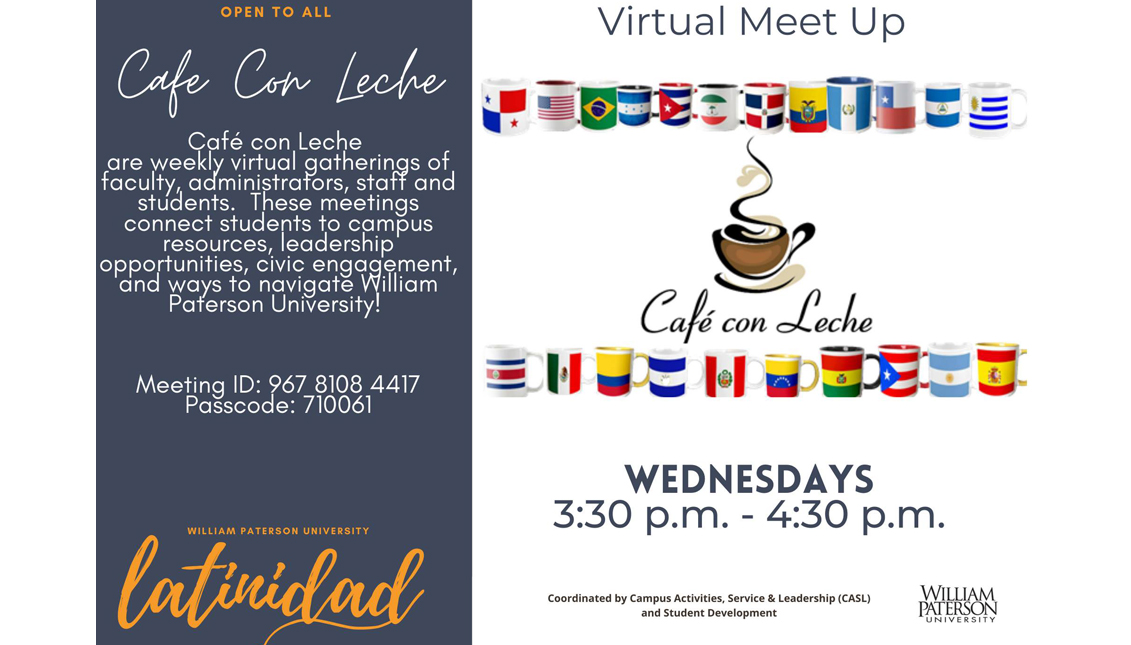 The program was created in the fall of 2019. Photo: Facebook/Northjersey.com

Recent years have been hard on Latinx students, and they need a space to vent with one another.

Many college students look forward to leaving the nest, for first-generation Latinx college students, it is an uncomfortable instance that often strips them of their culture and family.

In recent years before the COVID-19 pandemic, instead of going to college parties and making new friends, Latinx students found themselves wary of the events and tragedies that had transpired in America involving Latinx immigrants.

The rhetoric of the former presidential administration was also often relentless when it came to what took place at the southern border.

To put Latinx students at ease, staff members and administrators at William Paterson University in New Jersey created a space that gave them the opportunity to talk with each other about the challenging issues of the day added to the stresses of dealing with higher education.

The gathering evolved into a club known as Café Con Leche, and has been a dependable source for the Latinx community at the university since the Fall of 2019.

Students can feel free to talk in English, Spanish, or Spanglish.

The conversations and activities vary every week, which makes the meetings even more enjoyable and exciting.

Recently, the students had a virtual cooking session, where they learned how to make mangú — a popular dish from the Dominican Republic.

So far, over 20 students who hail from Guatemala, Puerto Rico, Mexico, and other countries have been joining in on the conversations.

One student that has been grateful for the meetings is Wilnell Martínez, who was eight years old when his family moved from Coamo, Puerto Rico to Newark, New Jersey to seek a fresh start.

"It just became a thing that I kept going to," Martinez said to northjersey.com. "It was like a little piece of home."

Martinez didn’t know any English and thought of himself as an outcast.

Other students believe that the program makes them feel included and they can talk about topics without the fear of being criticized.

The weekly meetings begin with 20 faculty advisers, who are referred to as "madrinas" and "padrinos," or "godmothers" and "godfathers" starting the discussion. Then, Latinx students take it from there.

The padrinos or madrinas ensure that the virtual space is a protected location that is open to different voices and opinions.

Karla López Tapia, a native of Mexico who is aspiring to be a school teacher, said she is grateful for the weekly meetings because it makes her feel included in a community, especially when she is away from home.

"It's a safe space," Tapia said to northjersey.com. "We're able to express any ideas that we have, and it makes you feel like your voice is heard."