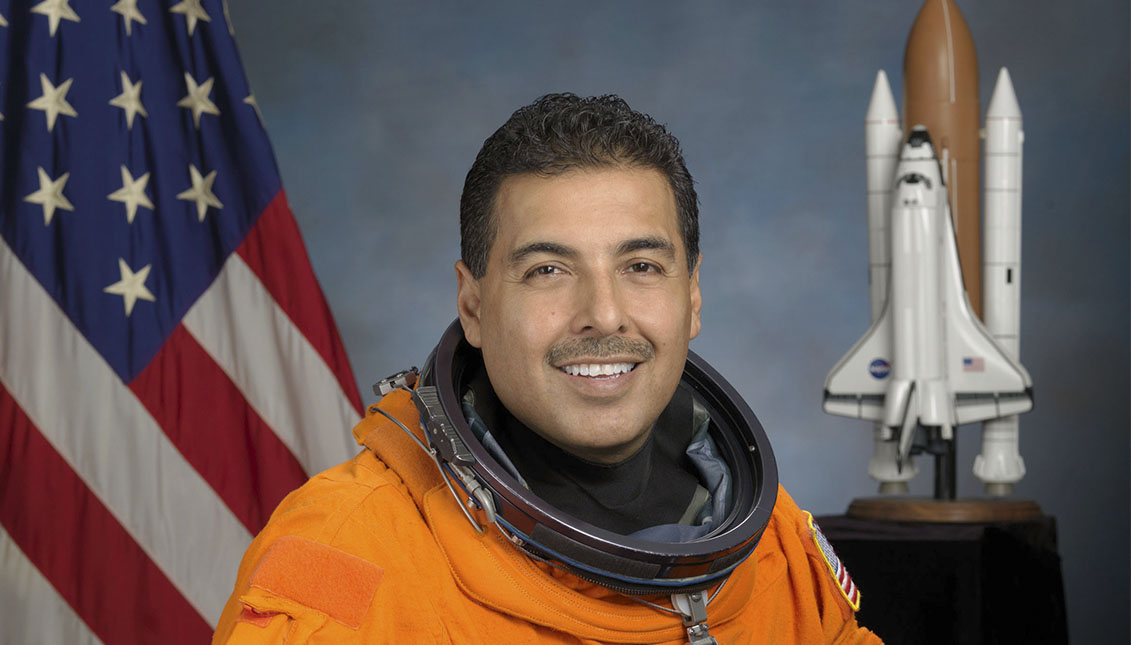 Tips from a Latino astronaut to survive the quarantine

Former astronaut José Hernández is a great expert in living in isolation in a small space. This is NASA's training to survive the Coronavirus lockdown.

Being prepared for isolation is part of astronauts' training. They must get used to spending long periods of time in very small spaces and be able to manage stress and loneliness.

That's why since the coronavirus confinement began, many of these brave space scientists are sharing their advice on how to survive quarantine without ending up like Sandra Bullock in Gravity and finding yourself at the mercy of a very dark universe.

The latest to do so is former NASA astronaut José Hernández (57), the son of Mexican immigrants, who, in 2009, realized his dream of traveling to the International Space Station. He said that the time spent training to prepare for that situation is helping him to endure the current confinement.

"The astronauts are isolating themselves even for a short two-week mission in space. We were in medical isolation weeks before, because you don't want to go home and then get sick and risk the mission," Hernandez told NBC. "We live in isolation for more than a month, and even before that you have to do a lot of exercises with your team to prepare."

They don't always have to train in confined spaces. One of the first tests for astronauts is to live in extreme places, like being thrown into the mountains in winter, in a Maine forest, and searching for life to get water and food.

"We had to live with what the forest gave us, go fishing, look for water... It was a way to develop group cohesion and practice work together," he said.

They were also forced to live in a module 60 feet under the water, which is a feeling quite similar to what you will find in space.

To cope with all those hard and stressful situations, the astronaut said you have to develop strategies to overcome loneliness and maintain a positive attitude. The art, in short, of "looking at the glass half full, not half empty," he stated.

Thinking, as his commander told him when Hernández complained during a training session, that "you are one of those 500 people" who could have made it into space. In our case as confined people, it's much better to be at home than in a hospital. Health in times of pandemic is both a right and a privilege.

"It's not that the virus isn't scary, but you try to make the best of a bad situation," he added.

Most of us in a society where time is scarce aren't used to spending so much time with our families in the same space. That's why, the astronaut said, communication is essential, especially when your nerves look like they're going to win the battle or you think you've run out of patience.

"You spend more time with those you wouldn't normally be with all the time, so do your best," said Hernández.

A good strategy NASA uses as a safety procedure is to repeat communications more than once and get confirmation when conversing.

"What I've found is that it's probably good to repeat when you communicate with others, because it allows you to hear what you've said to the other person, and when that other person repeats it to you, you listen to what you said, and filter out unreasonable requests, for example," remarked Hernandez. "That way you can defuse situations that might escalate."

The advice can help, but if you're one of those people who gets exasperated when someone repeats the same sentence two or three times, you might want to develop your own technique.

Another NASA technique that psychologists are recommending for quarantine is to maintain a routine.

"Even for those who aren't working right now, having a schedule helps you make the most of the day and measure your accomplishments," Hernández noted. "It's about achieving small victories."

Other times the problem is not the people, but their absence. When a person has been isolated in their home for more than a month without contact with other human beings, feelings of loneliness and sadness are difficult to handle. For this reason, Hernández recommended keeping in touch with friends and family, even if it is difficult, as he did during his time at NASA to fight the pain of isolation.

"It's hard to be away from your loved ones, but technology helps," he said. "I used to entertain my kids by video conferencing, floating M&Ms and eating them."

Although his parents live only 10 minutes away from his home, Hernández has decided not to go visit them to avoid the possibility of them getting sick. Technology is very useful to see them.

"We talk to them on video," he said. "Just because they're isolated doesn't mean they can't communicate with their loved ones."