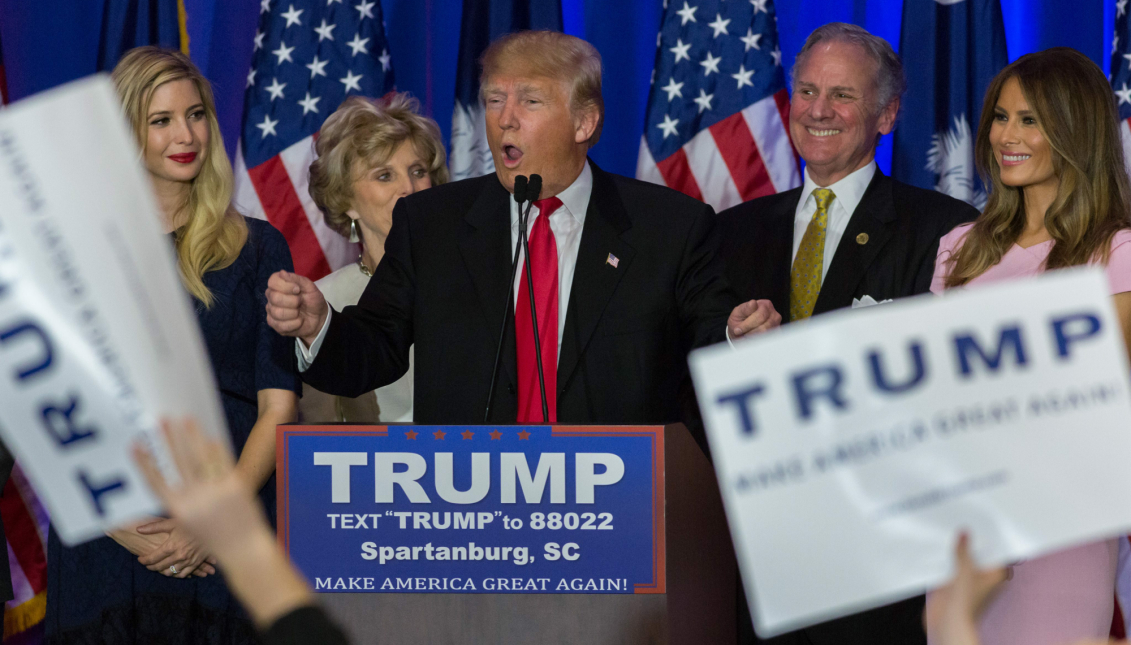 Donald Trump won the South Carolina primary Saturday while the two Latino candidates — Marco Rubio and Ted Cruz — duked it out for second. With 99 percent of the precincts reporting, it looks like Rubio won by the slimmest of margins.

Trump, who had closed out his campaign in the Palmetto State on Friday by recounting an apocryphal story about General John Pershing executing Muslim prisoners in the Philippines with bullets dipped in pig's blood, told supporters gathered at his victory party Saturday: “There’s nothing easy about running for president, I can tell you. It’s tough, it’s nasty, it’s mean, it’s vicious, it’s beautiful.”

Following the precedent he set in Iowa, Rubio gave a "victory speech" despite his second place finish. "Tonight here in South Carolina, the message is pretty clear," Rubio said. "This country is now ready for a new generation of conservatives to guide us into the 21st century."

Cruz, who was expected to do better in the state given his support from Evangelicals, made clear that his speech was no concession. "If you are a conservative, this is where you belong, because only one strong conservative is in a position to win this race," he said.

Jeb Bush, who may end up placing fourth or fifth in the primary contest, suspended his campaign. Bush, who came into the race as the assumed frontrunner with a solid moderate credentials, floundered in a primary race in which voters have responded best to those with harsher, more immoderate views, especially regarding immigration.