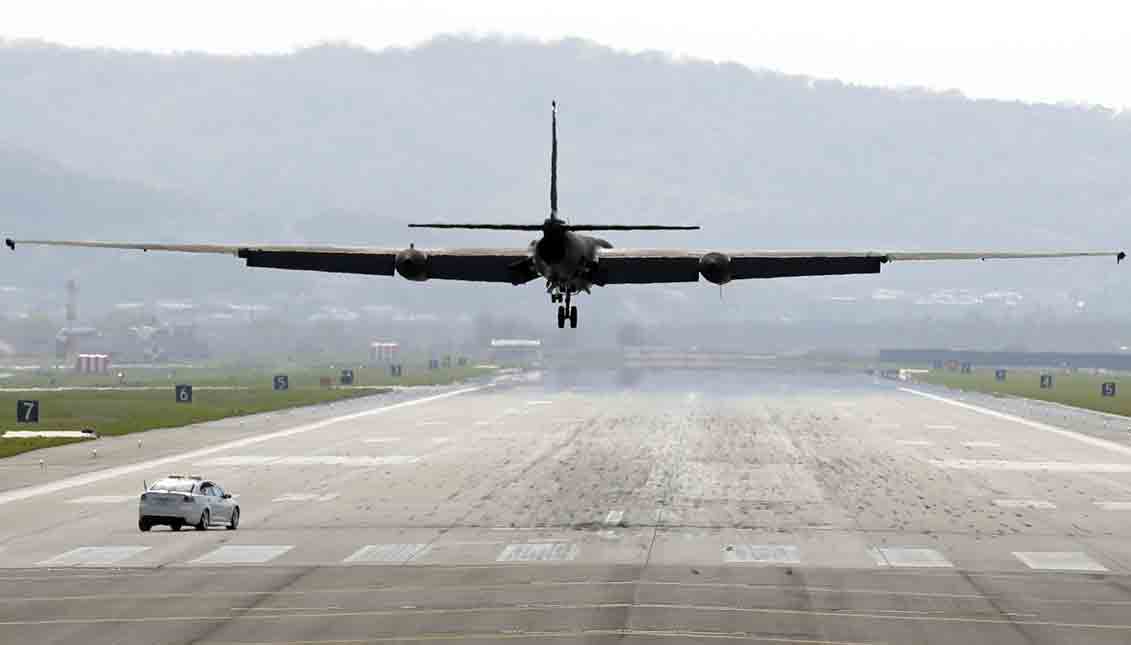 A U-2 high-altitude reconnaissance plane landed at the US air base in Osan, south of Seoul (South Korea) after completing a mission on the eve of the anniversary of the founding of the North Korean Army. Concern over the possibility of North Korea…

[OP-ED]: On North Korea: Bluster in search of strategy

Every American administration takes a while to settle into a basic approach to the world. President Trump’s team has had a rockier start than most, with many…

More worrying, the administration’s basic foreign policy is coming into view and it is not a reassuring sight -- bellicose rhetoric, hollow threats, contradictory voices and little coordination with allies. The approach is being tested on the most difficult foreign policy problem of all: North Korea.

There is a pattern to Trump’s approach so far. It begins with bravado, the repeated use of rhetoric that is not backed up by much. The president constantly insists that if China doesn’t help deal with North Korea, America will. Really? How? A military strike is close to impossible. South Korea would vehemently oppose any such move, as it would face the brunt of North Korea’s retaliation; Seoul is only about 35 miles from the border. Japan would also oppose a strike, and, of course, any military action would enrage China. Plus, a bombing campaign would be ineffective since North Korea’s nuclear sites are scattered, buried deep and, in some cases, underwater.

Trump has not been alone in his bravado. Secretary of State Rex Tillerson announced that America’s historical policy of “strategic patience” with North Korea had ended, and that the United States now had a new policy. The danger of this kind of rhetoric is that it is becoming readily apparent that Washington does not in fact have a new policy. And if it does, Washington’s key allies, especially the South Koreans, are terrified by it. Between the administration’s bluster, its mistake with the USS Carl Vinson, and Trump’s repetition of Beijing’s line that Korea was once a part of China, South Korea has become deeply uneasy.

Tough talk is supplemented by aggressive military reflexes. Whether that means using bigger bombs in the Middle East or sending ships -- eventually -- into East Asian waters, these tactics can be useful if there is a strategy behind them. So far, however, they look more like tactics in search of a strategy, the flexing of military might in the hope that this will impress the adversary. But all the shock and awe in Iraq did not help when there was a faulty plan to secure the peace. More bombs in Syria will not answer the question of how to defeat the Islamic State without abetting President Bashar Assad. Threatening North Korea without the ability to carry out that threat only makes Washington look weak.

The United States has had roughly the same strategy toward North Korea for decades. It is a policy of sanctions, threats, intimidation, pressure and isolation. And it has not worked. Even the brief effort at cooperation during the Clinton years was half-hearted, with Washington failing to fulfill some of its promises to North Korea. In any event, the rapprochement was quickly reversed by the George W. Bush administration. The results have been clear. North Korea has continued to build its nuclear program and engage in provocative tests. As isolation and sanctions have increased in recent years, Pyongyang has only become more confrontational.

In a recent essay in Foreign Affairs, John Delury wonders if it is time to try another approach. “If the United States really hopes to achieve peace on the Korean Peninsula, it should stop looking for ways to stifle North Korea’s economy and undermine Kim Jong Un’s regime and start finding ways to make Pyongyang feel more secure. This might sound counterintuitive, given North Korea’s nuclear ambitions and human rights record. But consider this: North Korea will start focusing on its prosperity instead of its self-preservation only once it no longer has to worry about its own destruction. And North Korea will consider surrendering its nuclear deterrent only once it feels secure and prosperous and is economically integrated into Northeast Asia.”

We tend to view North Korea as an utterly weird country run by a loony dictator with bad hair. And there’s evidence to support this characterization. But it is also a regime that wants to survive. I recall many similar arguments made about Iran before the nuclear deal, that it was a fanatical country run by mad mullahs. We were told they could never be negotiated with, would never accept a deal, would never disconnect their centrifuges, and would violate any agreement within weeks. So far, all these predictions have proved wrong. It might be worth trying a new policy with North Korea. It might not work. But the old one certainly hasn’t.