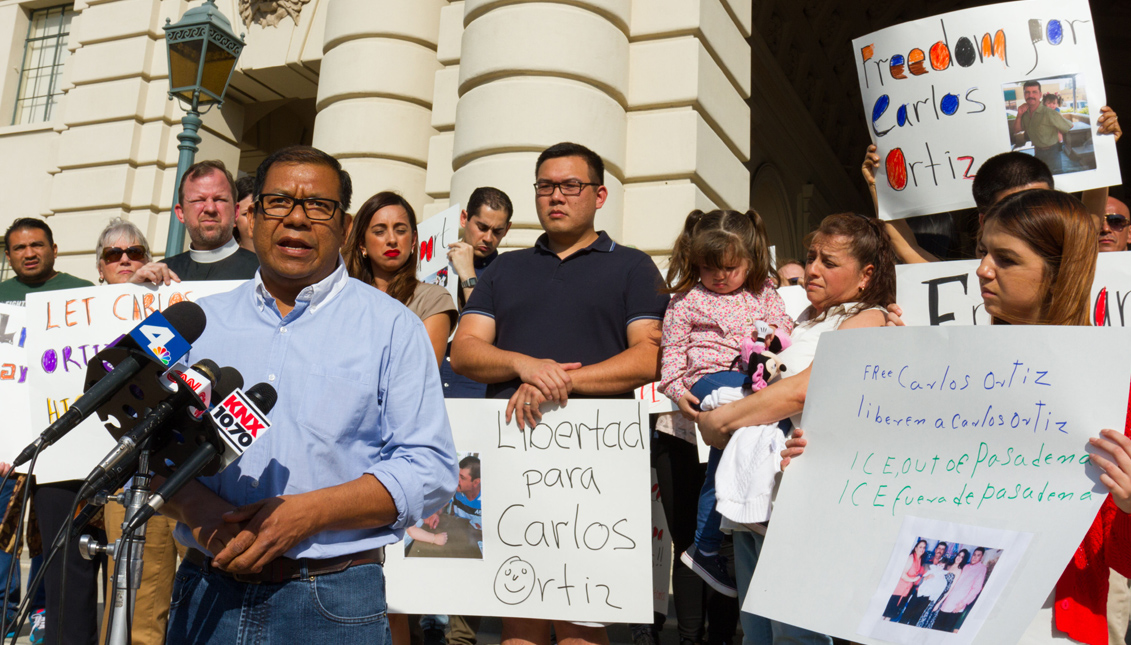 [OP-ED]: Keep the Bigots Out of Mexico

Lovable he is not. He is not even nice, for goodness’ sake. What Donald Trump is, is the most unpopular U.S. president in modern history, which coming to think…

After all, the aging former reality TV character’s administration is under an FBI investigation for his suspicious dealings with Vladimir Putin, has had his wiretapping accusation of former President Obama dismissed as hogwash, his proposed budget is a true declaration of war on the country’s most fundamental values and the American people, and on and on and on…

Yes, Trump is a cruel, clueless, brash and bumbling president, but when it comes to punishing and persecuting powerless undocumented immigrant workers and families, his record is stellar.

Last week his administration made public its first infamous immigrant crime list from sanctuary cities. Trump had announced it – a list of “bad hombres,” he had called it -- with much fanfare during his speech to Congress a few weeks ago.

Since every study has found that unauthorized immigrants commit crimes at a lower rate than the American population at large, it is obvious that, as I had said in a previous column, the only reason to publicize crimes committed by “aliens”, and not do the same with those perpetrated by other groups, is to scapegoat and stigmatize them, and exacerbate racism and hatred against immigrants, particularly Mexicans and all Latinos.

Not surprisingly, of the 206 people included in the first Homeland Security “declined detainer” list (that is detained immigrants that local authorities declined to transfer to immigration), Univision determined that 70% are Mexican and more than 95% come from Latin America. To show even more clearly this administration’s prejudiced and unfair nature, the majority of those in the list –116, to be exact-- have been charged but not sentenced, and many of them are accused only of minor offenses.

Albor Ruiz, Journalist and Powerful Voice of the Cuban Diaspora, Passes Away
January 10th, 2021
A roadmap of President Trump’s last days in office
January 8th, 2021
Another Level of Nepotism, Trump Discusses the Possibility of ‘Pre-emptive Pardons’ For His Children and Lawyer
December 2nd, 2020

Talking of “bad hombres,” and in this case, “bad women” also, although perhaps “bad idiots” would be more accurate, a group of American students on spring break in Cancún, in true Trump-era racist mode, reportedly chanted the despicable Trump’s campaign slogan, "Build that wall!" over and over.

The Mexican newspaper Yucatan Times, called the singing an act of "xenophobia and discrimination against Mexicans within their own country," and added it was not the first time such a blatant display of bigotry had occurred.

In an ironic, but completely accurate take of the despicable racist rant against Mexico with which Trump launched his presidential campaign, Washington journalist Josef Huff-Hanon, described the Cancún shameful scene this way:

“When we send our people to Mexico, we're not sending our best. We're sending some ‘bad gringos,’ people that have lots of problems, and they're bringing those problems to Cancun. They're bringing binge drinking, they're bringing idiocy. They're date rapists. And some, I assume, are good people.”

Yes, build that wall and keep all the ignorant bigots Trump has empowered with his racist rhetoric and cruel policies out of Mexico.