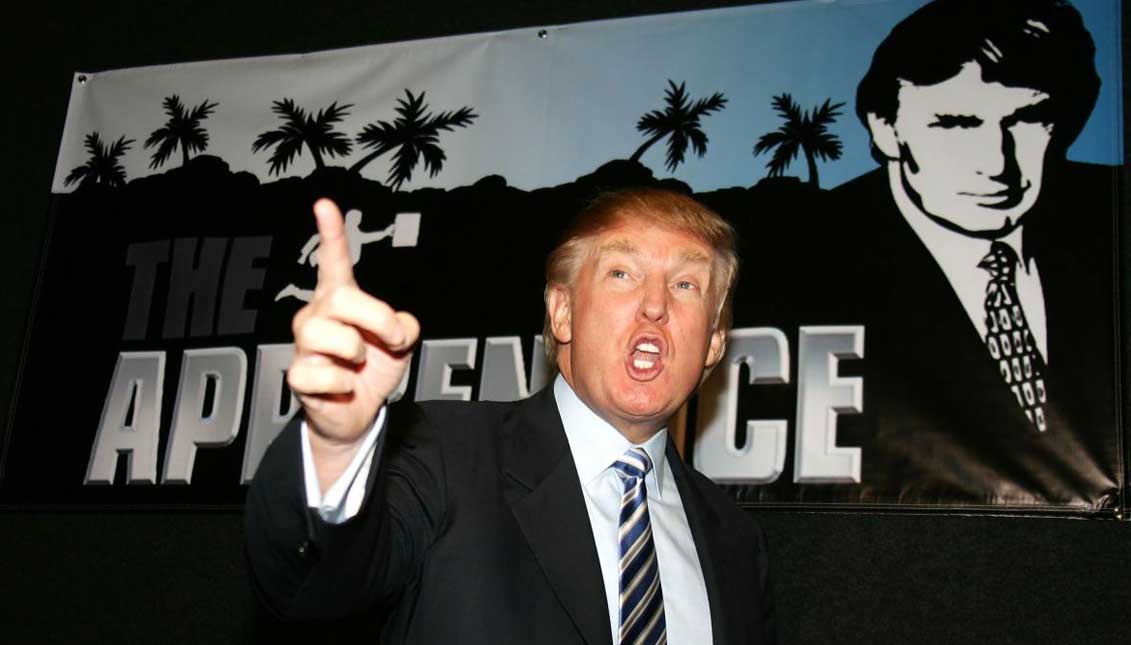 When reality-show wizard Mark Burnett pitched a program where Trump brutalized contestants as he searched for an “Apprentice,” Zucker literally jumped up and locked the door so Burnett couldn’t leave until he signed a deal. Univision

Conservatives insist that CNN is DOA.That’s nonsense. Ratings are high and profits are up. All this since the man who made a fortune by building up Donald…

The story goes that, when reality-show wizard Mark Burnett pitched a program where Trump brutalized contestants as he searched for an “Apprentice,” Zucker literally jumped up and locked the door so Burnett couldn’t leave until he signed a deal.

Now thanks in part to Zucker’s handiwork, the whole country is being held hostage to the charlatan in chief, who is in a contest with the media to see which is more unlikable.

By now you’ve figured out the psychology of this codependent blood feud between POTUS and Big Media, right?

Media companies, and the journalists they employ, have one overriding responsibility: to catch the big story. But when it came to Trump being elected president, they missed the story. And, oddly enough, instead of this error making them more humble, it’s only made some of them more arrogant and less willing to admit they were wrong. They’ve chosen instead to try to destroy the Trump presidency and thus erase any evidence of their mistake. And in their exuberance, some of them are being sloppy and cutting corners.

Which brings us back to CNN, which used to cover scandals but lately has found itself immersed in them. Last week, the granddaddy of cable news networks retracted a half-baked story that never should have been posted on CNN.com, and the three journalists responsible for it have since left the network.

Some liberals quickly tried to spin this embarrassing snafu as evidence that CNN was morally upright enough to do the right thing and correct a mistake. They didn’t mention that the threat of a $100 million lawsuit by the story’s injured party -as reported by The New York Post -- likely had a way of focusing the mind on what correction needed to be made.

The departed include the reporter who wrote the story, the head of the investigative unit, and a Pulitzer Prize-winning journalist that CNN hired from The New York Times. These are not novices who don’t know the news business. These are serious people.

And no real journo who has spent more than five minutes working for a major media company will buy the line that these three people are solely to blame. There had to be higher-ups at CNN who signed off on this flawed story. The fact that none of the brass has stepped up to take responsibility does not reflect well on them.

Say, how’s that for a new slogan:

“CNN: Not letting the fact that we’re not perfect get in the way of demanding perfection from others.”

On top of all that, Project Veritas -- an outfit accused of intentionally deceptive editing and whose founder was sentenced to three years’ probation for his role in the illegal infiltration of a Democratic senator’s office -- released a video in which a CNN producer says that the story of the Trump campaign’s allegedly colluding with Russia to win the election is “mostly bull----.” He suggests that CNN is driving the story for the sake of ratings and revenue.

Then came another Project Veritas video featuring CNN contributor Van Jones saying that “the Russia thing is just a big nothing-burger.” Jones has called the video “edited, right-wing propaganda.” A statement from CNN’s public relations department suggested that everyone’s job is safe because the network values different points of view and “diversity of personal opinion is what makes CNN strong.”

Diversity of opinion? At CNN? Seriously? They must mean that -- with the Zuckerization of its political coverage -- the network now offers viewers anti-Trump hatred from the left, right and center. That’s something.