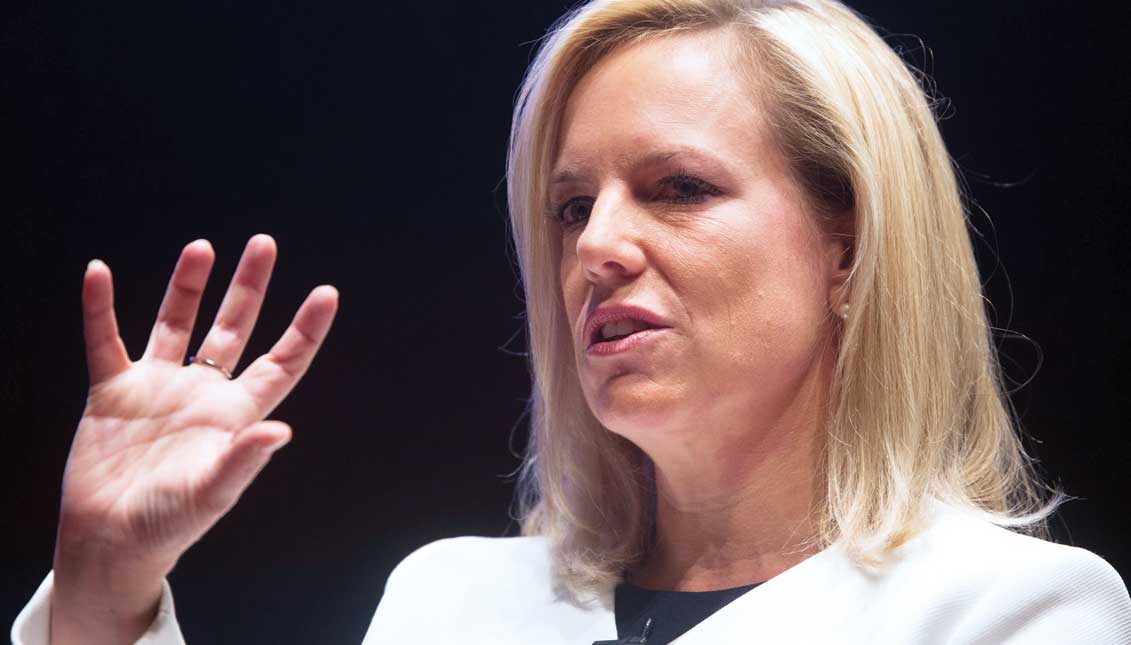 Secretary of Homeland Security Kirstjen Nielsen was harassed by a group of citizens in a Mexican restaurant in Washington, DC. EFE

No tacos for Trump's acolytes

Do members of Donald Trump's administration who have been shunned or heckled at restaurants deserve this type of treatment?

Let me start by making it clear that I subscribe to the group that believes Trump’s accomplices deserve to be called out, shunned and rejected at whatever public establishment they have the audacity to show up. And let me add that I think it is utterly ridiculous to ask - or to expect - that they, who specialize in disrespecting the Constitution and insulting and vilifying immigrant families be treated with “civility.”

As someone wrote on Twitter, “the American people want human decency not civility. Civility died on election night and so did human decency.”

I mean, what decent person would want to associate, not to mention socialize with people who chose to become part of an administration of liars, cheaters and child snatchers, that has torn to shreds the nation’s mantle as the self-proclaimed champion of human rights? Shaming and rejecting them is just the natural reaction of people of good will and it is a very small price to pay for the pain they cause every day to thousands of families. Yes, they deserve to be protested everywhere they go.

Not surprisingly, it happened to Stephen Miller, the strange white supremacist ideologue and Trump advisor, who is said to be the “brain” behind the separation of families. He was heckled and called a “fascist” at a Mexican restaurant in Virginia.

And it happened to Kirstjen Nielsen, the Homeland Security secretary in charge of enforcing the cruel and inhumane child-snatching policy. Her attempt to have dinner at another Mexican restaurant in the DC area was cut short by a group of protestors who chanted “shame” over and over.

I can picture their sweaty foreheads, mouths full of tasty tacos, salsa streaming down their hateful faces while scheming what new injustices and abuses they could inflict on Mexican and Central American mothers and children. With blinding arrogance or appalling stupidity, they seem to have expected to be smiled at and served politely by the same people they viciously lie about, calling them “animals,” “rapists” and “drug dealers,” the very same people they ripped their sons and daughters from their arms.

Well, no, no tacos for them.

And as proof that good people, no matter what their ethnicity or legal status may be, are deeply offended by the dishonesty and the cruelty of Trump and that of his enablers and sycophants. It also happened to the ineffable Sarah Sanders, the woman who lies at us every day justifying the unjustifiable, ironically, at taxpayers’ expense. She went to the Red Hen restaurant in Virginia, not Mexican this time, where she was politely asked by its owner – a principled white woman - to leave the premises.

I like Rep. Maxine Waters (D-California), a rare non-hypocrite swimming in an ocean polluted by racists, misogynists, money-grabbers and cowardly pseudo-patriots. She has said that members of the Trump administration who willingly serve and defend him should be confronted at gas stations, restaurants and department stores.

“They know what they are doing is wrong,” she said, and they should be met with protests until they cannot take it anymore and have to “tell the President ‘No, this is wrong. I can’t hang with you. This is unconscionable. We can’t keep doing this to children.'”

For those words Waters, 79, has been threatened by Trump, and criticized by some of her bland and gutless fellow Democrats.

“I strongly disagree with those who advocate harassing folks if they don't agree with you,” New York Senator Charles Schumer said during a floor speech. “No one should call for the harassment of political opponents. That's not right. That's not American.”

But Schumer fails to understand – or at least acknowledge - that the problem is not one of different political positions. This problem is a humanitarian crisis with profound moral implications for the country’s future, the kind of problem that goes beyond partisanship and should be vehemently and tirelessly protested and dealt with equally by Democrats and Republicans.

Waters’ decency and her stand of uncompromising activism and opposition to bigotry, discrimination and abuse is much more American than that of her critics, who are content playing the tired Washington games Donald Trump has made a mockery of.