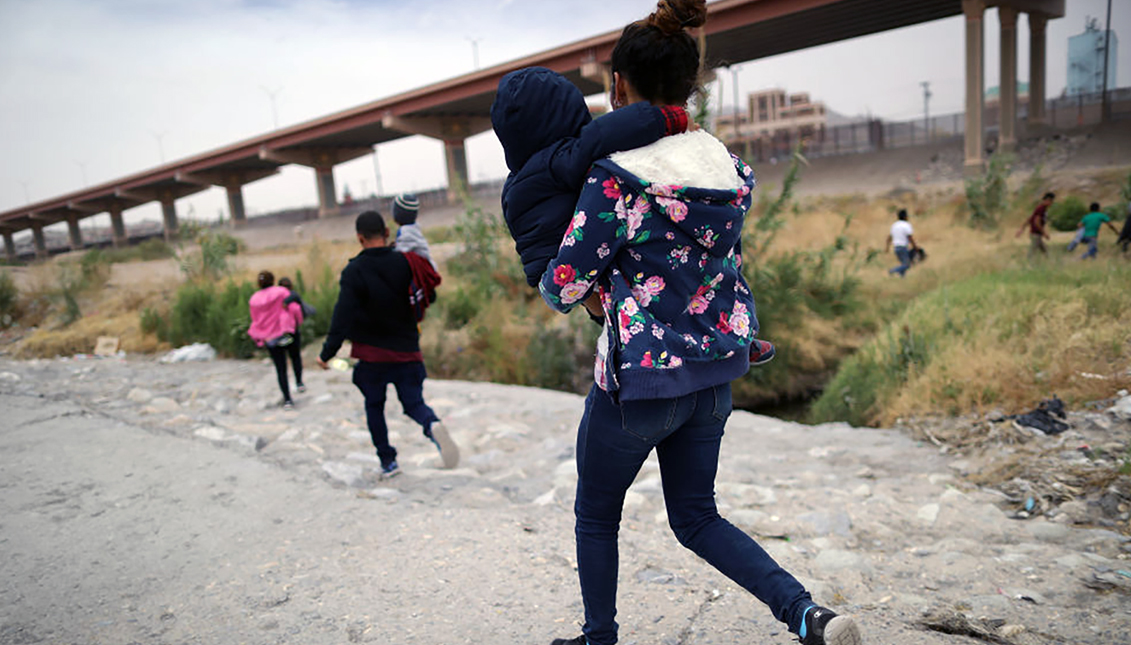 Whatever variants there are around the world, they’re coming across that southern border.” Photo: Getty Images

It’s America’s great paradox. This is the land of immigrants, and yet Americans have never liked immigrants.

It’s America’s great paradox. This is the land of immigrants, and yet Americans have never liked immigrants. Today, we don’t just have a broken border and a broken system. We also have a broken discourse. It’s no wonder we can’t solve our immigration problem. We don’t even know how to talk about it. When Americans look at the U.S.-Mexico border, or peek into the kitchens of their favorite restaurant, or come clean about who is doing the chores in their own homes, they see different realities. This series -- written by the grandson of a Mexican immigrant who has covered the issue for 30 years -- takes a clear, honest and unflinching look at why America’s grand promise to take in the “huddled masses” and “wretched refuse” has been so difficult to keep.

As a Mexican American, I have a complicated relationship with the motherland. Sometimes, I feel like a man without a country: “Mexican” north of the border, “American” south of it.

So I’m not eager to defend Mexico.

My ties to our southern neighbor are weak. Both my parents were born in the United States, and three of my four grandparents were born not in Mexico but in Texas. The outlier - my dad’s father - was born in Chihuahua, and he came here with his family as a boy during the Mexican Revolution. Because he was poor, uneducated and dark-skinned, Mexico had no use for my grandpa. Now, I return the favor. I have no use for Mexico.

Having said that, as a journalist, it’s my job to debunk lies and pummel liars. And when charlatans try to connect immigrants to a recent surge in COVID-19 infections, hospitalizations and deaths, there are plenty of lies that need debunking and many liars who deserve a good pummeling.

In the parade of falsehoods, Republicans are the grand marshal. They’re not all racists. Some, I assume, are good people. But most Republican politicians today, either by necessity or natural inclination, are fluent in the language of racism and nativism. So much so that Democrats who are equally fluent get a pass from Latino voters. If your instinct is to look upon Mexicans with fear, hatred or superiority, the modern GOP - which is cut less from the cloth of Ronald Reagan than Stephen Miller - promises you a white sheet and matching hood in every closet.

And naturally, Republicans are not about to let the crisis of COVID-19 infections go to waste. They’re trying to twist the health crisis to suit their goal of scaring up votes from White people who think they’re being displaced by an invasion. The overlap between coronavirus and immigration? Advance the lie that immigrants bring not just a fierce work ethic that puts Americans to shame but also bring COVID-19.

This week, President Joe Biden bashed GOP governors who are blocking vaccine mandates, saying they won’t “do the right things” to stop spreading the virus. DeSantis - who issued an executive order banning mask mandates in the Sunshine State - returned fire.

The likely 2024 Republican presidential frontrunner recently blamed immigrants for “helping facilitate the spread of COVID-19.” If so, Florida, must be a superspreader given the state’s dependence on illegal immigrants to staff restaurants, hotels, construction firms and other businesses.

In Florida, or Texas or Colorado, show me a pro-business governor, and I’ll show you a hypocrite that bites the immigrant hands that feed the economy. If they really cared about the problem as much as they pretend, they could go after employers. But they lack the courage to fight those who punch back. They prefer to pick on immigrants. Such tough guys.

Alas, I digress. For DeSantis - a simpleton educated at Yale and Harvard Law School - the connection between COVID-19 and the border is naturally quite simple.

“You have hundreds of thousands of people pouring across every month,” DeSantis said. “Not only are they letting them through, they’re then farming them out all across our communities across this country, putting them on planes, putting them on buses.”

The governor didn’t provide any proof to support his wild claims that “whatever variants there are around the world, they’re coming across that southern border.” The people to whom he is speaking in the GOP base don’t require a pesky little nuisance like proof. Demagogic allegations will suffice.

Opportunistic clowns like DeSantis make my blood boil. Mexico is once again getting a bad rap. There are many reasons why Americans are losing the battle against COVID-19. The biggest: Americans. Over the last 18 months, we have shown time and again that we’re a bunch of entitled and spoiled teenagers who don’t like being told what to do, won’t sacrifice or wear masks, can’t miss a party and want what we want when we want it.

Look at us. Americans are pathetic. We’re so eager to get back to our normal lives that we are squabbling over vaccinations. And you want to blame this on Mexico? That’s  no bueno.

Let’s give our neighbor a break and go after the real culprit. But that requires doing something that, for many people, is more uncomfortable than contracting COVID-19: looking in the mirror.