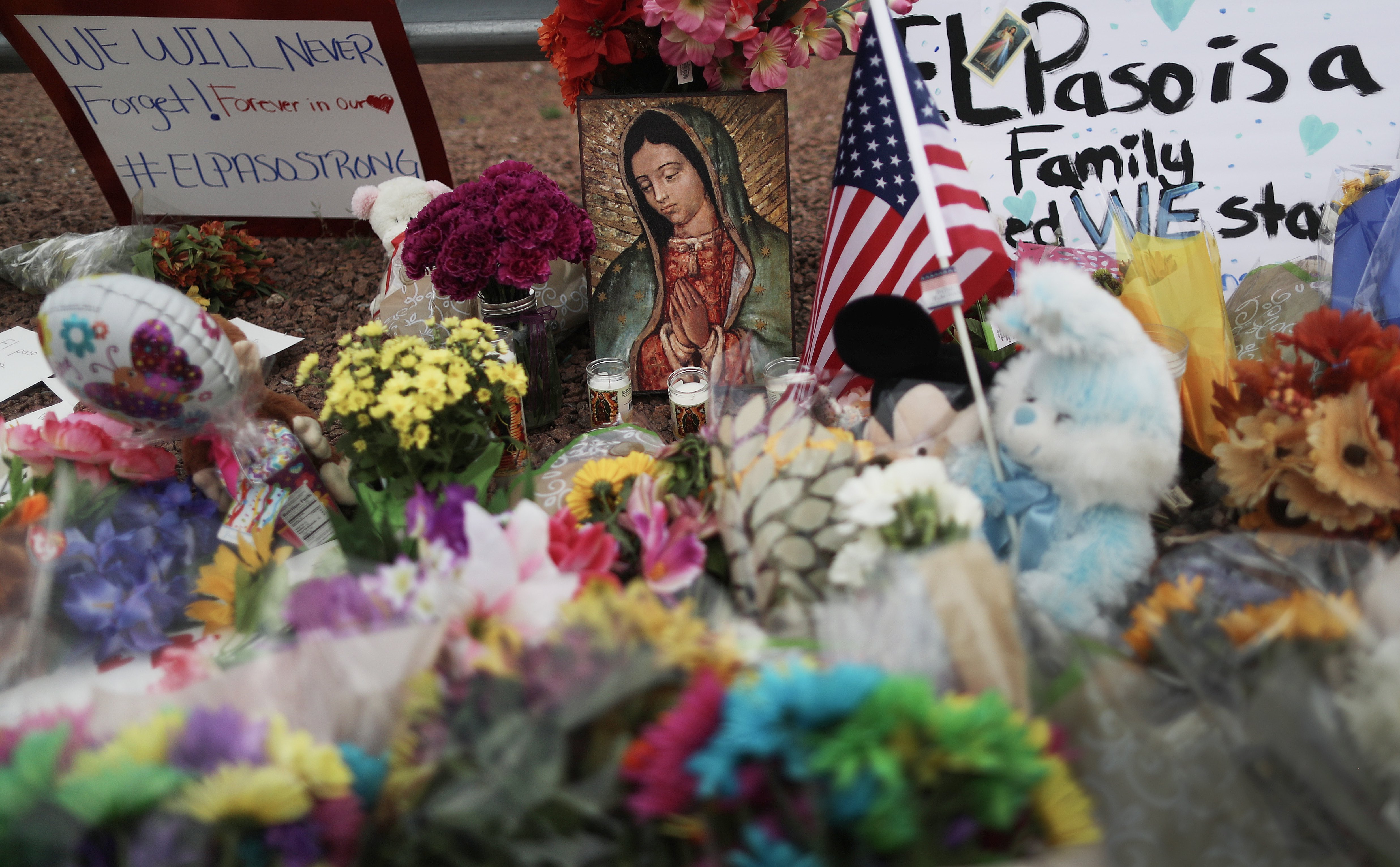 Flowers and mementos are seen at a makeshift memorial outside Walmart, near the scene of a mass shooting which left at least 20 people dead, on August 4, 2019 in El Paso, Texas. (Photo by Mario Tama/Getty Images)

22, that’s the number of people whose lives were taken away in what is being treated by the Justice Department as an act of domestic terrorism.

On Saturday, August 3, a white supremacist traveled to the southern border of El Paso, Texas with a clear motive in mind — to open fire and kill Hispanics.

What many of us feared became a reality that day: the Hispanic community was attacked, but this time with more than just words from our President.

From the moment Trump took center-stage, he has rarely missed a chance to criticize and dehumanize Latinos and immigrants — calling immigrants drug dealers and rapists, and demanding a way to keep them out through building a wall.

Now, those living in El Paso have paid the deadly price for his words.

In a manifesto allegedly published on Saturday by the gunman and posted online just minutes before the shootings, the suspected shooter warned of a “Hispanic invasion of Texas,” blaming them for taking away jobs and blending cultures in the United States.

Father denied temporary release to go to daughter’s funeral, one of 19 victims in Uvalde
June 6th, 2022
‘Nobody’s Pilgrims’: A gritty frontera twist
May 9th, 2022
Flores wants to bring the Indigenous Mexican-American border experience to the world through music
October 28th, 2021

On Sunday, Trump told reporters “hate has no place in our country” but how can the Hispanic community trust our president when at a recent rally in Florida, he laughed off a supporter’s suggestion to shoot unauthorized migrants at the border.

With everything said and done, we are left to wonder if this anti-immigrant rhetoric contributed to the massacre.

As Texans and the rest of the nation went to sleep mourning the loss of life, we woke up to the news of another mass shooting taking place in Dayton, Ohio where nine people were killed.

This leads us to ask when is enough, enough? Has America become a nation so plagued by mass shootings that people are becoming desensitized?