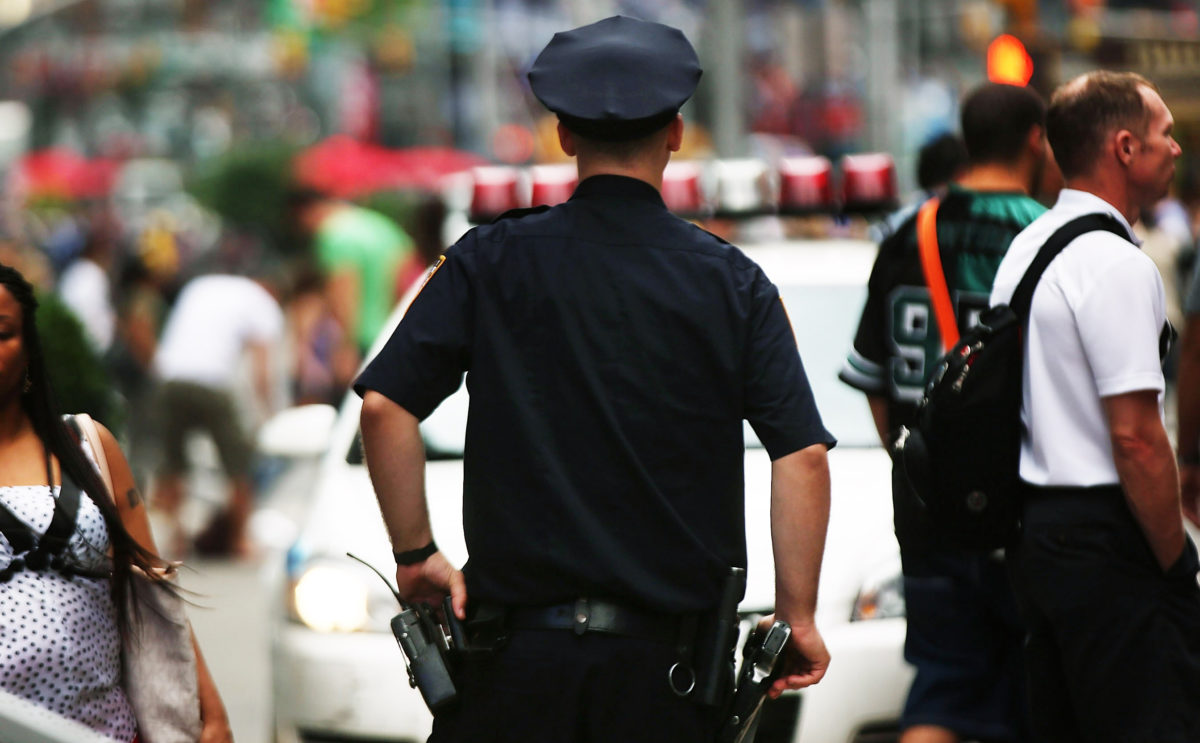 As the nation grapples with varying levels of police reform, Latinx communities must also grapple with their own internalized racism within a systemically…

For decades, Latinx police officers have been the largest demographic responsible for the diversification of police departments.

Still vastly outnumbered, Latinos and Hispanics make up about 12% of police departments and are the fastest-growing major ethnic group in the police force.

This is during a time when the public’s opinion of the force is exceptionally low amid various recent cases of police brutality, nationwide protest, and demands for dismantling, reforming and defunding the systematically racist police system.

Police brutality against Latinx individuals is second only to the Black community. As more Latinx officers join the ranks, the lines grow increasingly blurred. Latinx officers will enter a police force wanting to change the system, but they soon realize the system is not with them, Dr. Martin Guevara Uribina told NBC News.

They must “play the game.”

In 2015 Antonio Zambrano Montes was shot multiple times in Pasco, Washington, by two white officers and one Latino officer. They did not face charges.

As long as the system remains the same, diversity does not matter. Yes, increasing diversity is a sort of reform, but if officers continue to be trained in the same way, and if the same chiefs who redact information from the public remain in charge, clashes with the public will continue.

L.A. County Sheriff Alex Villanueva has reinstated deputies who were fired for dishonesty or using unreasonable force and has snubbed transparency laws, refusing to publicly release records as required by law about misconduct within his ranks https://t.co/4cSFKluNU8

Although Latinx and Hispanics are the largest growing demographic in the police force, this increase has not seen a decrease in fatal encounters between white officers and Black civilians.

The majority of Black officers disagree. 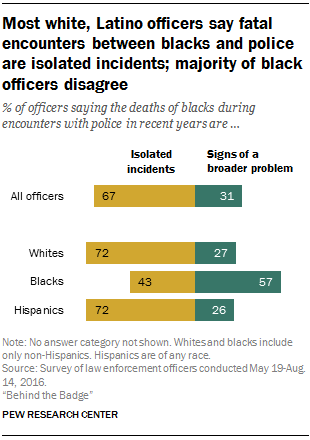 In contrast to the police, Latinx and Hispanic individuals make up 50% of the Customs and Border Protection (CBP) workforce.

Of course not without its flaws, studies show Latinx agents identify closely with people seeking asylum or crossing illegally, forming a sort of trust bridge due to their shared heritage, language and identity. But there are limits.

This sort of diversity does not seem to be working for the police, where at same time that Black Americans are dying in encounters with police, the number of fatal attacks on officers has also grown.

In terms of protests, Pew Research found 68% of officers say demonstrations are motivated by anti-police bias, and only 10% in a separate question say protesters are motivated by a genuine desire to hold police accountable for their actions.

Just four years ago, the same study found 92% of officers believe the U.S. has made the changes necessary to give Black individuals equal rights with whites.

There is, then, a severe disconnect that cannot be mended through increased diversity alone.