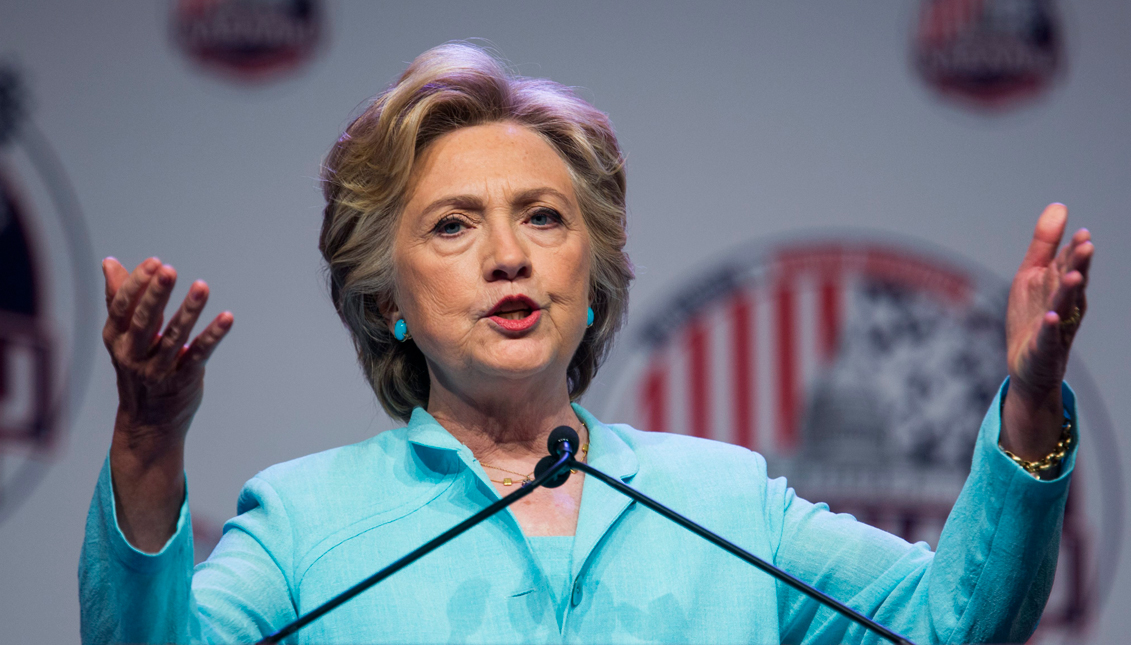 Does Clinton's distant relationship with the press affect Latinos?

In a certain sense, Latino citizens and residents of the United States have held a central place in the national conversation leading up to this year’s presidential election since the moment Republican candidate Donald Trump kicked off his campaign by characterizing Mexican immigrants as “rapists” who are “bringing crime.” These polarizing (and baseless) accusations, now more than a year old, continue to circulate in political discourse. However, actual Latinos, and the diverse set of life experiences they represent, have not yet achieved hoped-for visibility even in the campaign of Trump’s Democratic rival, former Secretary of State Hillary Clinton.

“While in the previous two DNC Conventions we saw Latino leaders speaking in prime time, several times in Philadelphia, when Latino Voters are larger than four to eight years ago, they were reduced to almost zero,” noted an Al Día editorial dated August 2, just after the convention concluded. “Although enlisted on paper, but not in reality, because the Democratic Party Machine decided of its own accord that their appearance on the side was perhaps NOT important.”

The editorial received over 1700 Facebook shares and prompted a fierce response from DNC staffer Juan Daniel Pachón, who argued that his organization had worked closely with community members “to avoid any appearance of disrespect.”

However, his defense of the Democrats did not put the matter to rest. The debate continued at the joint convention of the National Association of Hispanic Journalists (NAHJ) and its counterpart organization for African Americans, the National Association of Black Journalists (NABJ), where Clinton gave a speech on August 5th. At the time of the event, she had gone over 200 days without giving an official press conference, but consented to answer questions from reporters in the crowd. An unidentified Latina journalist closed out the round of inquiries by asking Clinton to clarify her party’s strategy with regard to Latino voters. “Does the Democratic Party -- does your campaign -- take Latino voters seriously, or are you taking them for granted, that they would automatically vote Democratic?”

In her lengthy response, Clinton zoomed out from the conference to speak of the value she places on the Latino community as a whole, citing relationship as the core of political leadership. But when she began to address the crowd more directly it was with the same level of generality. She appealed to them as citizens, not as journalists.

“I’m gonna do everything I can to make sure that any Latino voter who votes for me knows that I’m gonna be doing my best to deliver on everything that I’ve said,” said Clinton. “And I will tell you as we go along what the challenges are, because I may need to ask your help. I may need you to put pressure on elected officials. I may need you to flood the internet or flood the old-fashioned mailbox of elected representatives so they know people are watching. But that’s how we’re gonna get it done.”

With this call to action, Clinton ignored the particular power of Black and Latino journalists, who besides being trained to expose challenges are also an important point of contact through which their audiences might exert pressure on elected officials, including Clinton herself. A recent NPR analysis of the 350 interviews Clinton gave in the first seven months of 2016 found that a majority of her chosen media outlets were locally focused, and furthermore that they were “frequently” targeted at viewers of color. However, the interviews were generally quite short, between three and eight minutes long; in other words, hardly enough time for Clinton’s interlocutors to press forward with their concerns, as would be possible if she was more regularly available to the press.

NPR also quoted Betsy Fischer Martin, a podcast host with Bloomberg Politics who spent 11 years as executive producer of NBC’s Meet the Press, as saying of Clinton that "She does interviews when it suits her. When they have a message that they want to get out there, they have a point they want to make, then she will do interviews."

Nearly a month has passed since the NABJ/NAHJ convention, and Clinton’s aloofness continues to worry journalists who wish to hold her accountable for her promises. This past Sunday, August 28, Democratic vice presidential nominee Tim Kaine, who often serves as a surrogate for Clinton, sat for a bilingual interview with Jorge Ramos, of Univision. Kaine smoothly avoided commitments when asked to reiterate Clinton’s promise to end deportation of children and immigrants with no criminal records, but lost his step when Ramos pushed him on her unwillingness to hold press conferences.

“She and I are talking to the press every day,” Kaine said. “We are not afraid of that at all.” When Ramos asked again for the campaign’s rationale, Kaine claimed not to see a big difference between regular scheduling of press appearances versus press conferences.

Clinton’s campaign seems to want to paint her refusal to hold press conferences as a narrow and perhaps even self-serving concern of the media itself. However, the lack of press conferences is only one expression of the Clinton campaign’s general approach to communicating with voters. In a quote published in Poynter’s August 29 media digest, Ron Fournier of the National Journal explained concerns as stemming from “the broader, modern-era demand for accessibility, authenticity, transparency and accountability,” with which Clinton’s campaign appears to be out of step.

The Clinton campaign’s strategy for battleground states reportedly hinges on winning the Latino vote by large margins. Earlier this month, the campaign’s director of Latino voter outreach, Lorella Praeli, explained to the Washington Post that “You don’t take for granted the Latino community...because when you’re deciding states by one, two or four percentage points, you have to lean on them. You have to be communicating to them bilingually; you need to be sophisticated enough to talk about the issues they care about in the state.”

Talking about local issues in the Latino community might go a long way towards winning votes, but without the debate and exchange of viewpoints between local and national journalists and politicians which press conferences have traditionally facilitated, it will be even more difficult than in years past to amplify the Democratic candidate’s campaign pledges to Latinos on the national stage, and to hold her accountable during and after the election.