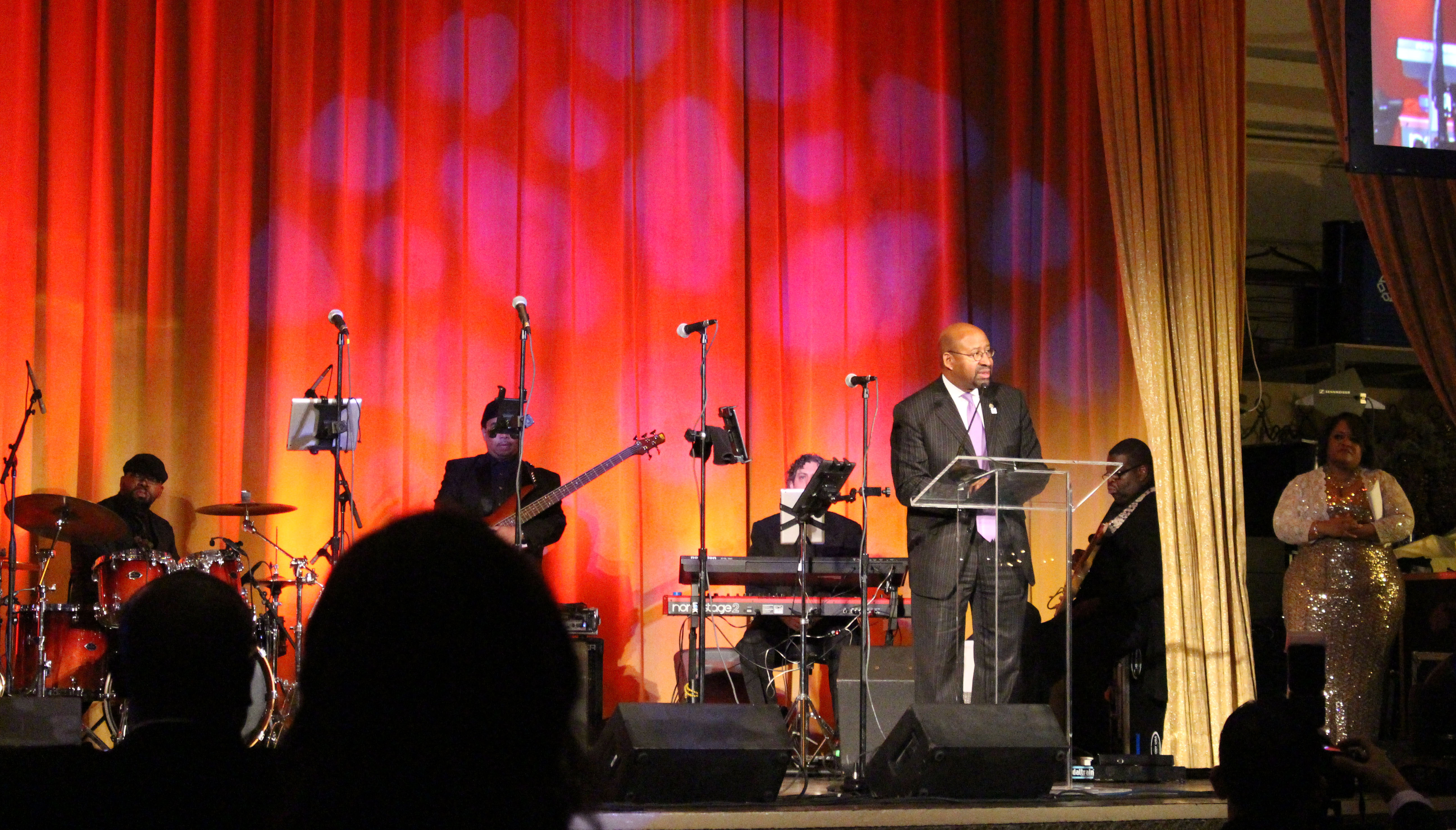 Economies that are 'inclusive' are the ones that 'thrive'

During their annual gala event on Friday, the EMSDC recognized a Latino-run company, and other minority companies and entrepreneurs, for achievement in…

During their annual gala event on Friday, the Eastern Minority Supplier Development Council recognized a Latino-run company, amongst other minority companies and entrepreneurs, for its achievement in business.

The organization, referred to as the EMSDC, recognized Impact Dimensions LLC, a corporate branding and promotional products company, and its president, Luis Liceaga, with the Supplier of the Year award. The award recognizes “outstanding performance” of a minority business enterprise or MBE. Every year a committee chooses a company that has shown growth in sales, innovation, commitment to the cause and philosophy of the EMSDC and other criteria.

“No company can be successful just with one individual alone,” said Liceaga at the EMSDC’s 2015 Choice Awards. “It is necessary to have the hard work and consistent dedication of a team.”

Impact Dimensions was chosen as the “class two” winner. This means it is a business that has an annual sales volume between $1 million and $10 million. Liceaga said the company has won the award before, back in 2012. He said he was very happy to win the award again in the “class two” category, but hopes to move up to the next category soon.

“The goal is continue growing,” said Liceaga. “What I keep in mind is that my employees are the most important part of our company. The better I serve my employees, the better they will serve my customers.”

Liceaga said he would encourage other Latino business and entrepreneurs to always look forward and to keep pushing to expand.

“Just because we are Latino, doesn’t mean we can’t do business on any level,” he said. “We are great corporations first and minority owned businesses second. The doors are there, we just have to keep knocking on them.”

According to Liceaga, Impact Dimensions saw growth of 15 percent over the last year. He said he believes it is crucial for Latino businessess to expand beyond "el barrio."

“For me, I’m hoping that the fact that we won this award, shows other Latino businesses that yes it is possible,” said Liceaga. “We don’t have to just stay within the Latino community. Yes, we should business with ourselves, but we also need to venture out and show those out in the business world that we have great businesses that can compete with anyone else.”

A non-profit organization, EMSDC says their mission is to “stimulate and support economic development with minority-owned businesses” in their service area. The organization covers Pennsylvania, Delaware and Southern New Jersey. The EMSDC is part of a larger national council headquartered in New York City.

“Supplier diversity is about creating opportunity and about bringing innovations and solutions for those traditionally underrepresented in the marketplace,” said Valarie Cofield, president and CEO of the EMSDC. “It is also about building an ecosystem of wealth building for future generations. It’s about improving our quality of life and our communities.”

Addressing those attending the event, Cofield said it was not enough for the organization to help current businesses and entrepreneurs but to also help the future generations.

“We can’t just leave this to ‘Okay, our work is done,’ and we walk away,” she said. “We need to make sure we’re reaching back to our communities, into our schools, into our families, and developing young people into entrepreneurs. It’s great to work for someone, but it’s even better to work for yourself.”

Also among those recognized, was outgoing Mayor Michael Nutter who was given the President’s “Paving the Way” award. Nutter is the inaugural recipient of the award which the organization said recognized his commitment to minority business development in Philadelphia.

“I want to recognize you guys,” said Nutter. “The council has been a tremendous partner to the City of Philadelphia over the years. Your work has played a huge part in the growth of our city and our region.”

Though Gov. Tom Wolf was not present, Secretary of Pennsylvania Curt Topper was present and spoke at the event. He emphasized the governor's commitment to help minority businesses in the Commonwealth.

“We know that by itself, the extraordinary work and dedication of these individual entrepreneurs to overcome all the obstacles that diverse small business in Pennsylvania face and across the country, is not enough.”

Topper said minority entrepreneurs continue to need genuine opportunities and resources. He said there was “still more work to do” in Pennsylvania when it came to the topic of minority businesses. According to the secretary, 9.2 percent of minority owned companies were doing business with the state in 2010. That number fell to 5.5 percent in 2014.

“We need the leaders at all levels of our state to understand a simple truth,” said Topper. “That is, our economy can not operate on all cylinders if all of the cylinders are not allowed to operate. The economy that thrives the most, is the economy that is the most inclusive.”