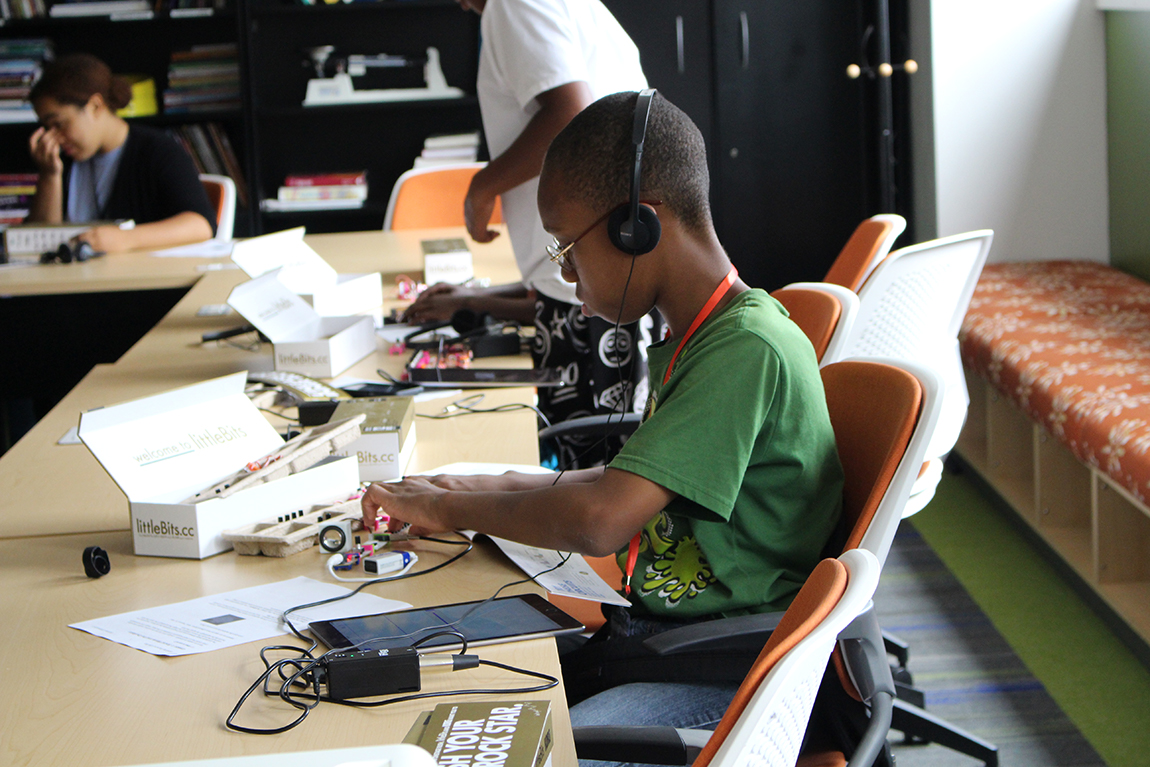 By re-imagining the ways in which young people engage in technology education, Philadelphia can unleash its innovation potential.

At the TEDXPhiladelphia 2019 Conference, the professor of engineering and Director of the Expressive and Creative Interaction Technologies (ExCITe) Center at Drexel University drew a comparison between the way our society thinks of icons of the tech industry, like Gates, Steve Jobs and Mark Zuckerberg, and the titans of Western classical music— Bach, Mozart and Beethoven.

Kim, a classically trained musician turned professor of engineering, believes the monoculture of the tech industry limits possibilities for invention and innovation.

According to Kim, if we’re asking young people to follow the footsteps of tech idols like Gates, Jobs, and Zuckerberg, our society will never see more interesting technological possibilities emerge— the evolutionary equivalents to jazz, Motown, hip-hop, and cumbia in music.

“The tech industry has tried so hard to inject tech culture into the mainstream,” said Kim, “but what it really needs is a culture transplant— replacing an exclusionary white and Asian male monoculture with one of equal representation and inclusion.”

The white male-dominated culture of Silicon Valley does not only inhibit ingenuity; in a day and age where technologies are embedded in nearly every facet of our daily life experiences, the sprawling ramifications of the monoculture are undeniably dangerous.

Lack of diverse viewpoints in the design of new technologies enable discriminatory racial and gender biases to go unchecked.

Take, for example, a study published earlier this year by researchers Joy Buolamwini and Deborah Raji which found that Amazon’s facial recognition software, Rekognition, lacks the ability to effectively identify the gender of women of color.

Despite the critical findings, Amazon has continued to market the software to local and federal law enforcement agencies, including Immigration and Customs Enforcement (ICE).

This lack of accountability directly results from the underrepresentation of people of color in the private tech sector.

A 2016 report produced by Reveal from The Center for Investigative Reporting and the University of Massachusetts Amherst amassed data from the Equal Employment Opportunity (EEO-1) reports of major Silicon Valley tech companies. The analysis found Latinx employees made up only 7.3 percent of the workforce and Black employees, only 2.5 percent. Both of those percentages drop substantially in executive leadership roles.

Latinas and Black women made up only 2.4 percent and 1.8 percent of all workers in Silicon Valley tech companies surveyed. Both groups drop below 1 percent representation at the executive level.

But problems run even deeper, according to Kim.

The 2018 Taulbee Survey conducted by the Computer Research Association that Kim highlighted in his TED Talk shows evidence. The study found that only 8.4 percent of Bachelor’s degrees awarded in computer science and engineering go to Latinx graduates and only 3.8 percent go to Black graduates.

Those percentages decrease at the postgraduate level, for both Master’s and Ph.D. degrees.

At the ExCITe Center, Kim and a transdisciplinary research team of educators, technologists, artists, and designers are finding creative ways to break open the culture of technology through an experimental educational curriculum.

“The (technology) curriculum has assumptions baked into it, that people are going to learn best in a way that happened to work well for a relatively small number of white males,” Kim told AL DÍA.

“At every stage some percentage of people are going to get turned away or turned off,” he continued, “and it’s not necessarily because of explicit racism or misogyny. It’s just that subtle— your conceptual framework around this is not how I see the world.”

To alleviate this problem, the ExCITe Center employs alternative approaches to education, which integrate the arts, humanities, and design, to help young people rethink their relationship to technology and pursue new pathways to engage in the field. 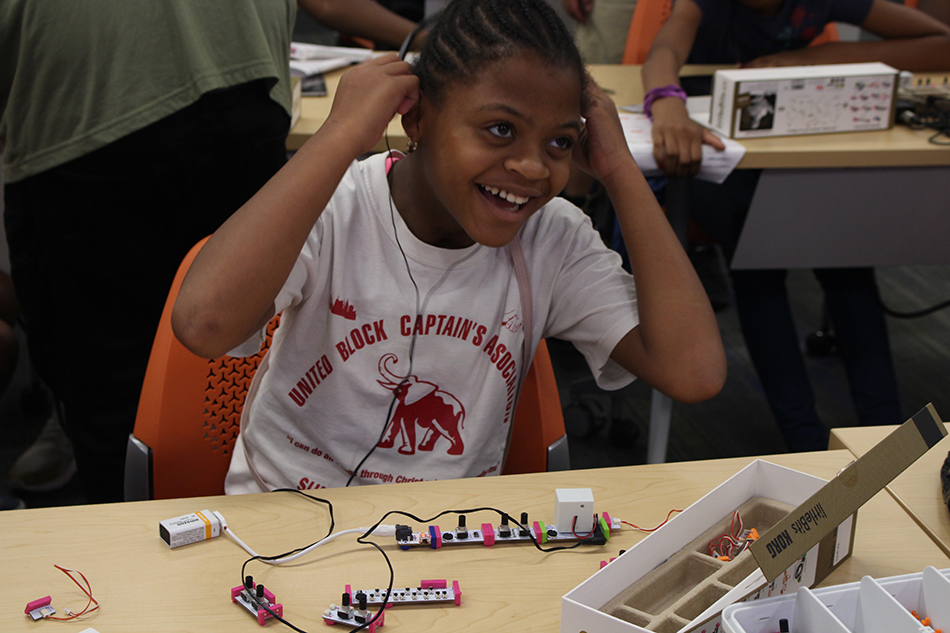 Educators in Philadelphia aim to expose students to the full breadth and depth of technology so that they can see different pathways towards careers in the industry. Photo: Drexel University ExCITe Center.

Through educational workshops, inclusion groups, community business collaboratives, and a STEAM-infused summer camp run in partnership with the Malcolm Jenkins Foundation, the ExCITe Center looks to seed a more equitable tech ecosystem in its local community.

But Dr. Youngmoo Kim and his team at the ExCITe Center are not the only educators rethinking the ways in which the young and diverse minds of Philadelphia can drive impact through technology.

Launched in 2017, the CIC seeks to advance inclusive economic mobility by placing underrepresented students on pathways to technology careers and entrepreneurial pursuits in urban sustainability industries.

Bracey agrees with Kim that the culture in which we raise students makes an indelible impression on how they perceive their opportunities.

But Bracey knows just how much the students she advocates for have to offer in the fields of technology and wants to see them own their place in the industry.

“This is not just a missionary thing of ‘Let’s help those poor people,’” she told AL DÍA, “It’s the fact that it is projected that the United States is going to start losing its technological eminence because it wasn’t investing enough in the education of minority children.”

In addition to her research at CIC, Bracey contributes to the Philadelphia’s Digital Literacy Alliance and works at the state level on the Department of Education's STEM Advisory Board, Computer Science for All initiative, Black Women Leadership Council’s Equity Investment Fund, and the Governor's Advisory Council on Diversity, Inclusion and Small Business Opportunities. 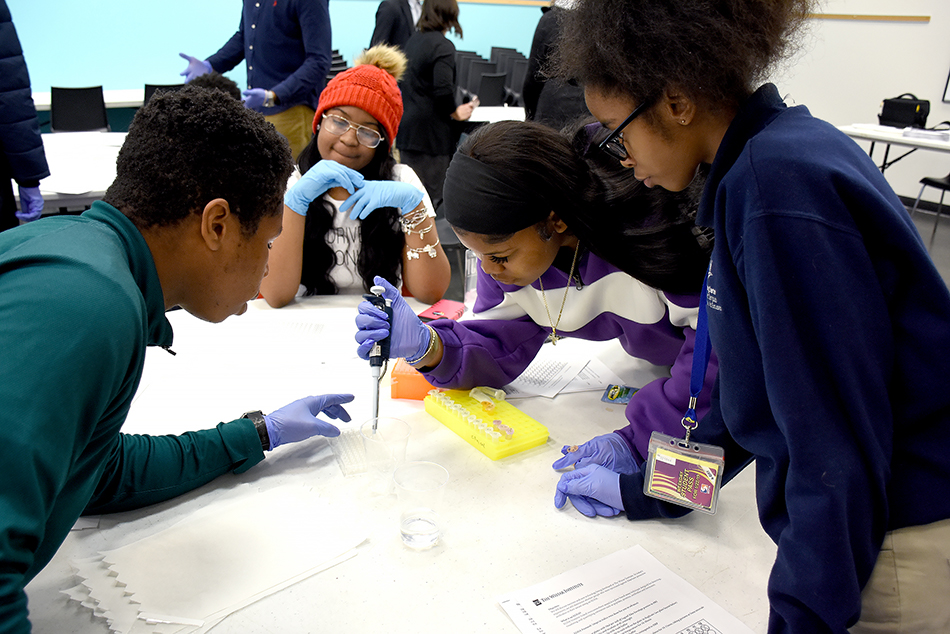 Although she recognizes there are many challenges that Philadelphia must overcome to provide students with the resources they need for success, her commitment is uncompromising.

Bracey sees the assets in every young Philadelphian and their potential to generate impact.

“Everybody who is inside of Philadelphia is somebody who should be perceived to be somebody who has the potential to transform, and technology is one of the tools for that,” she said.

Williams recently arrived in Philadelphia. He previously worked as the director of the Center for STEM Diversity at Tufts University’s School of Engineering.

He sees all of the pieces in place— Philadelphia is home to some of the world’s best known universities and science institutions— but wants to see the city organize itself, strategize effectively, leverage its resources, and make them more accessible.

“We just have to be really intentional about developing a strategy around STEM education from an informal and formal learning perspective,” said Williams.

Similar to Kim and Bracey, he told AL DÍA that his mission as an educator is to expose students to the full breadth and depth of science and technology, so that they can see that there are different pathways towards careers.

While the Franklin Institute has been very successful in its efforts to connect with Black students in the region, Williams is eager to involve more Latinx students.

“We would love to have students that really, broadly represent Philadelphia and that includes students that come from all ZIP codes,” he told AL DÍA.

He expressed the utmost confidence in Philadelphia’s capacity to become a unique, world-class leader in science and tech education.

“We do ourselves a disservice by duplicating effort and we don’t have to because we have a lot of good things happening in this city,” he said.