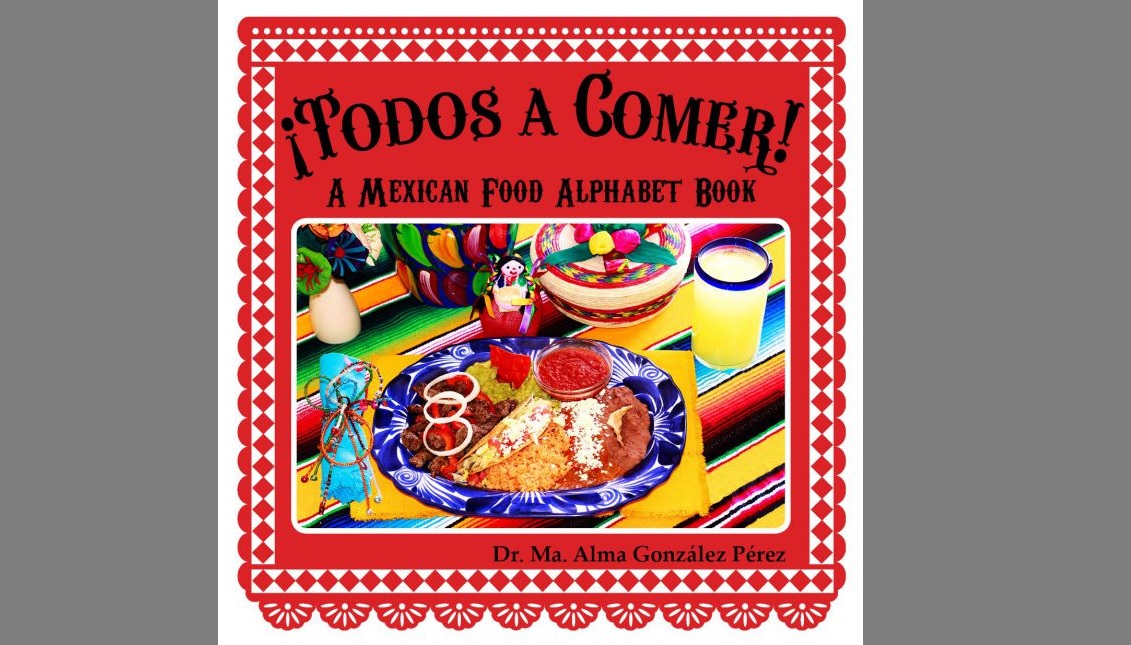 Winner of the 2017 International Latino Book Award for Best Latino Focused Children's Picture Book, ¡Todos a Comer! has transcended borders and has achieved great success in the United States.

Mexican American writer and professor Maria Alma Gonzalez Perez is the author of "¡Todos a comer!", a book aimed to help teaching students the importance of…

Appearances help the appetite, as we all know.

“This is a classroom text and resource for the classroom with a culturally regional focus aimed at addressing the needs of Hispanic children in the United States”, Dr. Pérez said, as reported by her publisher, Del Alma Publications. “These children are losing so much of their culture because of the English-only curriculum they are exposed to in this country. Instead, these children need to be made proud of their culture and their identity. It is our goal that this book will be of interest and use for bilingual/dual language and early childhood programs,”she added.

The book is set up as an alphabet: each letter description is followed by a question which may be used to solicit an oral response as part of an oral language discussion or as a written response to the reading.

NPR to feature bilingual broadcast of the State of the Union address
February 6th, 2023
Proud of where we are from
January 25th, 2023
The challenge of being both Black and Panamanian
January 24th, 2023

"C is for chocolate. Chocolate is a very nutritious drink made from cacao beans. The Mayans and the Aztecs cultivated cacao before the Spaniards came to America. What other products are made of cacao beans?"

This book may also be used as a reference source on Mexican food, as a resource for special teaching units on Hispanic culture, and also for holidays like national Hispanic heritage month, Día de los Niños, and Cinco de Mayo celebrations.

¡Todos a Comer! is the first of a three part alphabet book series. Right now, Dr. Perez is working on her second book which will be on Mexican customs and traditions and the third will be a cowboy book, as reported in KGNS.

Many schools in Texas and California are starting to use the book to teach students the importance of developing bi-literacy, added KGNS.

Dr. María Alma González Pérez was born and raised in Ramireño, TX, a rural community on the Texas – Mexico border. Dr. Pérez graduated as salutatorian of her Zapata High School Class. She attended Texas Woman’s University in Denton, Texas, where she obtained a Bachelor of Arts degree with a double major in English and Spanish and a minor in education. She then obtained a Master of Arts degree in Spanish at Texas Women University.

"Alphabet books develop literacy skills and help prepare children to begin the process of learning to read. So it is important to have abecedarios that are fun, colorful, and engaging. ¡Todos a comer! does just that,” said Monica Olivera, a homeschooling mother of two, as well as a freelance education writer. Olivera is the founder of Mommy Maestra, a blog that she uses to share the many resources for Latino homeschoolers.