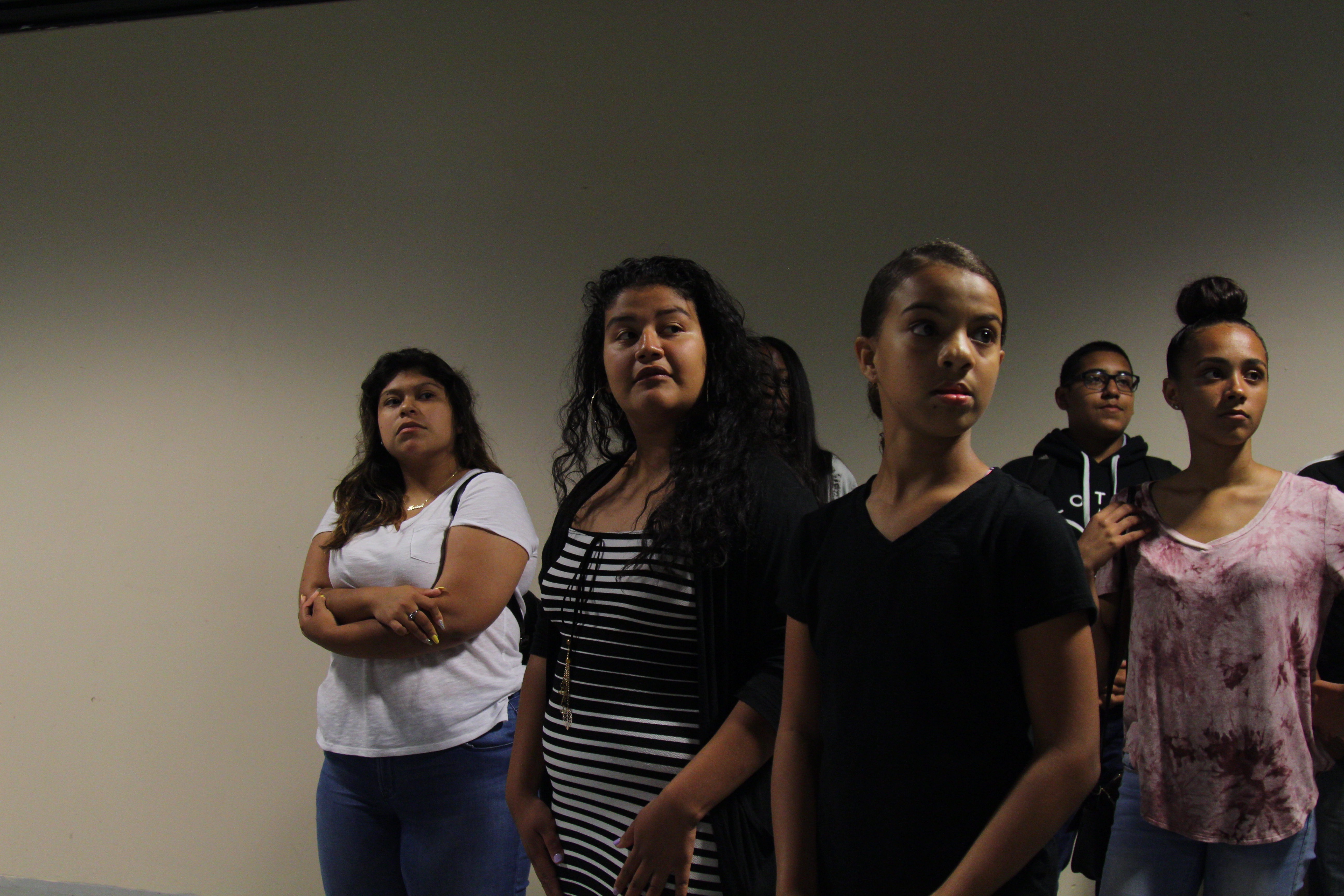 On July 31, young people who have been working as interns this summer at over 60 community-based organizations throughout the city, including Concilio in North…

Students' needs are not met

Rising 10th grader Alysabeth Santos was “scared at first” when faced with the prospect of starting a summer job as an intern at Concilio, the oldest Latino organization in Philadelphia. But after several weeks working at the organization, which is one of over 60 community-based organizations across the city who partnered with the WorkReady program of the Philadelphia Youth Network (PYN) to provide high-quality employment experiences to high schoolers this summer, Santos admitted that “it turned out to be good.”

“I met new people, did new things, and this was the first time I actually did pictures, videos, putting them together,” she said while holding the iPad she was using to document a visit by PYN officials and other guests to the site on Tuesday in celebration of the program interns’ work at over 1,100 sites throughout the city.

Santos, who currently attends a homeschool cyber charter school, noted that her experience at Concilio has helped her to develop professional skills while connecting with her own culture and heritage as a Latina. She wants to continue to do social media and photography as a hobby, and plans to put into practice some of the other skills she learned during her work experience, such as writing a resume and composing a professional email, to eventually reach her goal of becoming a lawyer.

“That will help me later on when I need to reach out to people and do interviews,” Santos said.

Positive professional and personal development of the sort that Santos described is precisely the goal of PYN’s WorkReady program, administrators and city officials explained on Tuesday at the opening session for a tour of the work sites held at the Pennsylvania Department of Human Services (DHS) Philadelphia headquarters at 801 Market Street. 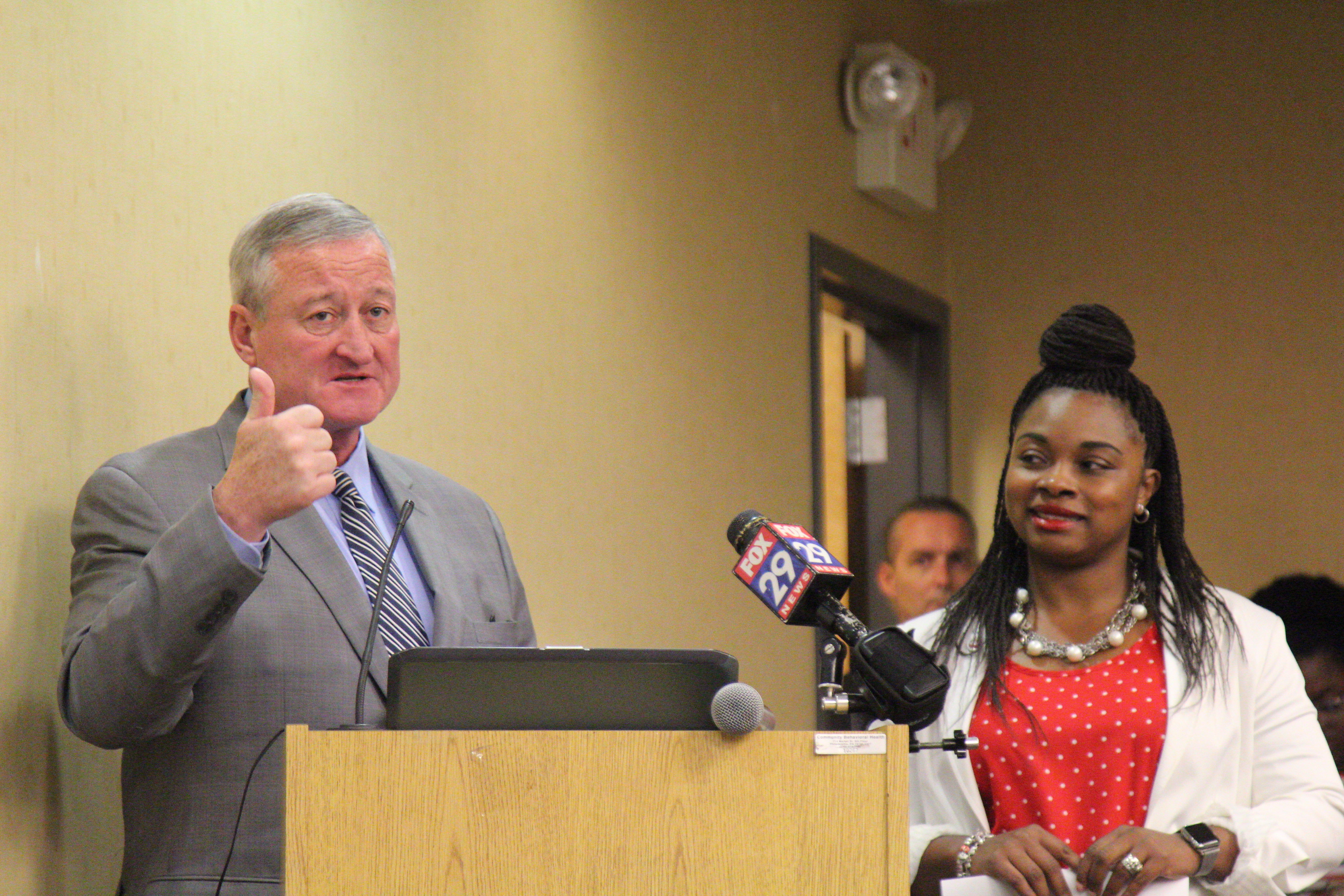 “I can’t overstate the value of high-quality employment opportunities for our youth during the summer and during the rest of the year," said Mayor Jim Kenney, highlighting the citywide impact of youth employment opportunities.  "We know that these early experiences are an important part of preparing youth for the workforce and needs of employers.”

“We have a great wealth of young talent in our city. They grow up sometimes in circumstances that are overwhelming but they still overcome those circumstances, and I think that’s what really makes this city the great city that it is,” he added.

Philadelphia DHS Commissioner Cynthia Figueroa noted that work experiences she had as a young person helped her develop her leadership. 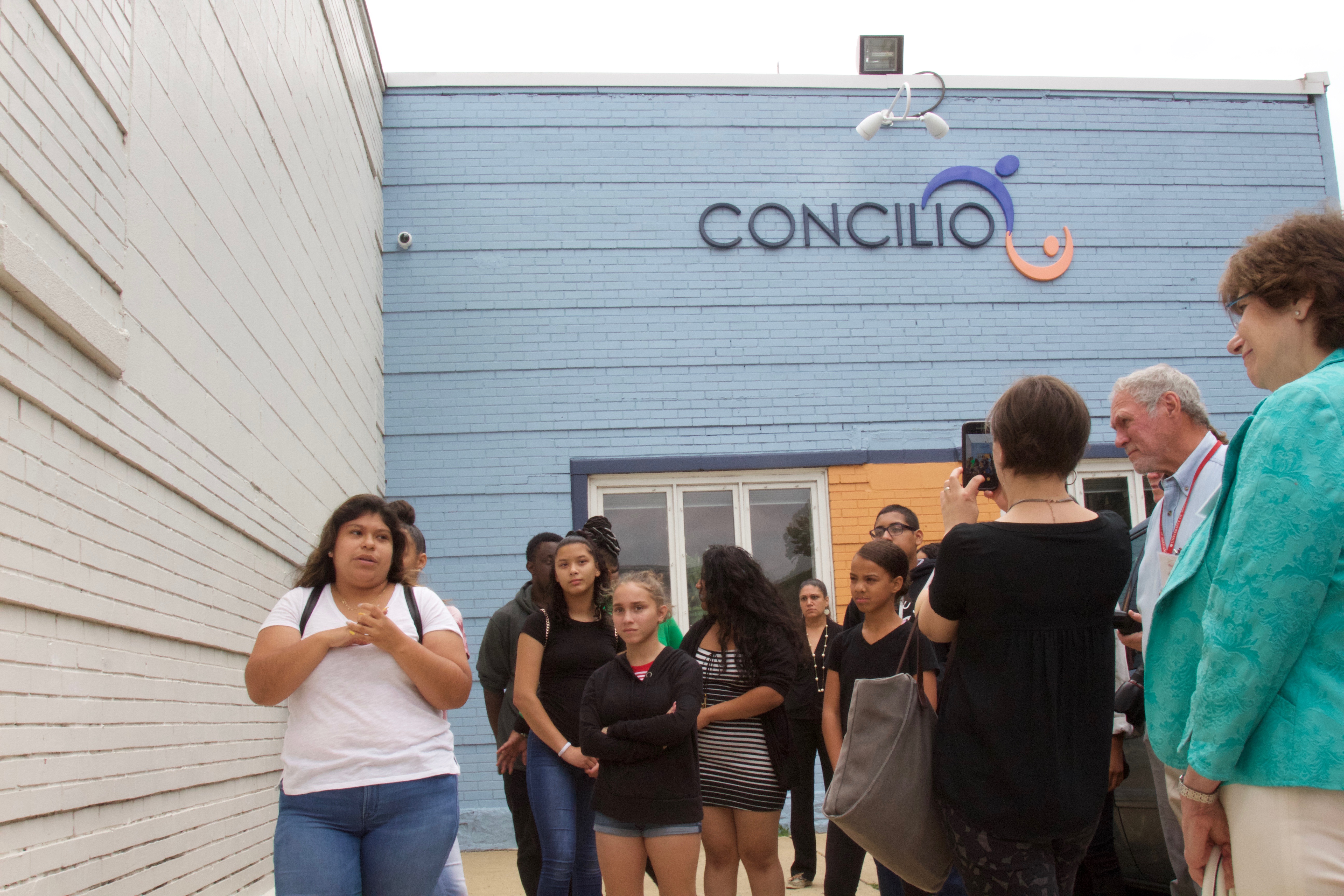 “It really made a difference in my life having an opportunity to have that exposure even before I began to work. We are committed to this partnership and we’re committed to the great work in this city, but it takes everybody,” she said.

Chekemma Fulmore-Townsend, PYN president and CEO, said that PYN sees a “disconnect, and space in between how we’re trying to do what we all think is right,” which is where their work of connecting youth to employment opportunities and bringing together different organizations comes in.

“We believe that young people need equal access to education and employment opportunities. So when we give a young person a youth employment experience, it is not isolated, it is not just about the employment, it is also about education. It is about the hard skills it is about the ability to be reflective,” said Fulmore-Townsend. 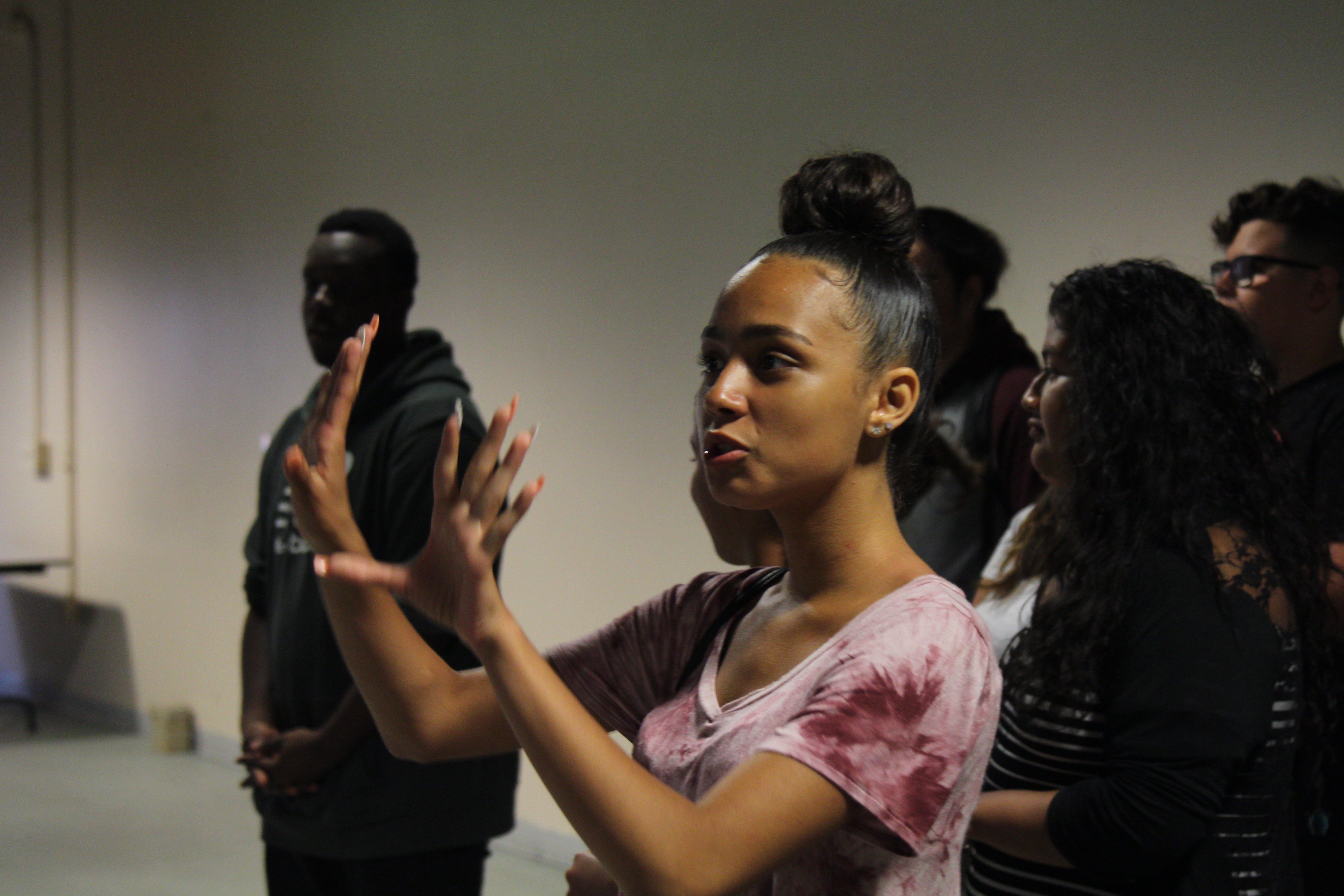 Since first launching the WorkReady program in 2003, PYN has served over 200,000 young people, Fulmore-Townsend said, and has recently set a goal of providing 20,000 education and employment opportunities every year.

For Leevetta Smith, program manager at Concilio who worked directly with WorkReady interns, the impact of having youth join their team who “energize the atmosphere” is also significant for the community partners.

“To be able to offer this, through this agency, for myself, is life-altering because a lot of our students come from backgrounds that are unfortunately below the poverty level, and we’re able to affect them on a lot of levels,” said Smith, highlighting skills that youth learn at the site, which beyond learning about culture including networking, presenting, and speaking skills.

“I believe that we’re really aiding in their success long term,” Smith said. 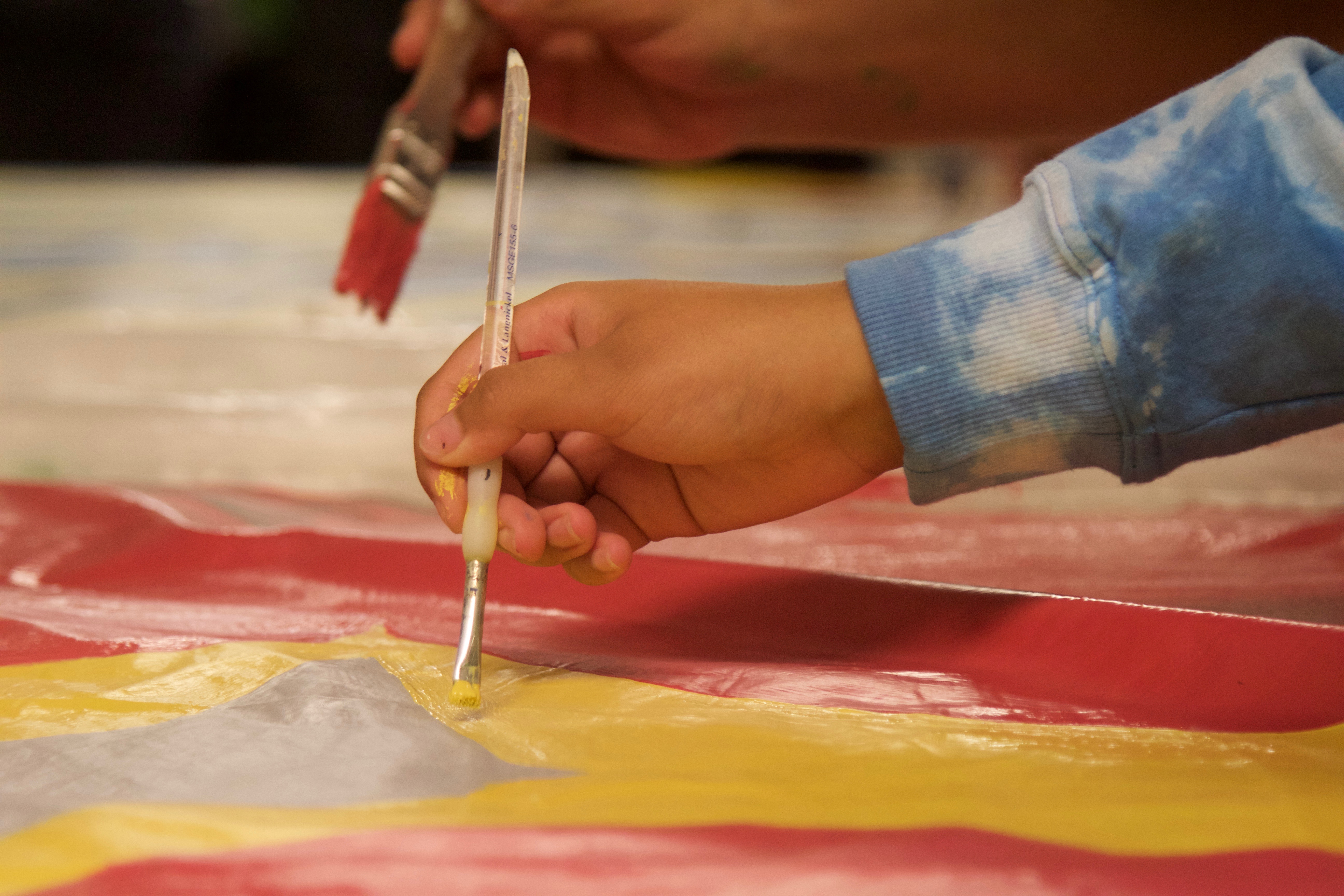 For Fulmore-Townsend, it was “humbling and exciting” to witness the teamwork and leadership demonstrated by the interns at Concilio, who have designed and are now completing a mural at the North Philly site, to be revealed on Aug. 9.

“The young people really do deserve every chance they can to develop their skills, so when you see them in life, presenting, working together as a team, solving problems, demonstrating skills and things that they learned, it is really both rewarding and humbling, [and shows] that we have to continue to work to make sure that more opportunities are present for young people,” she said.