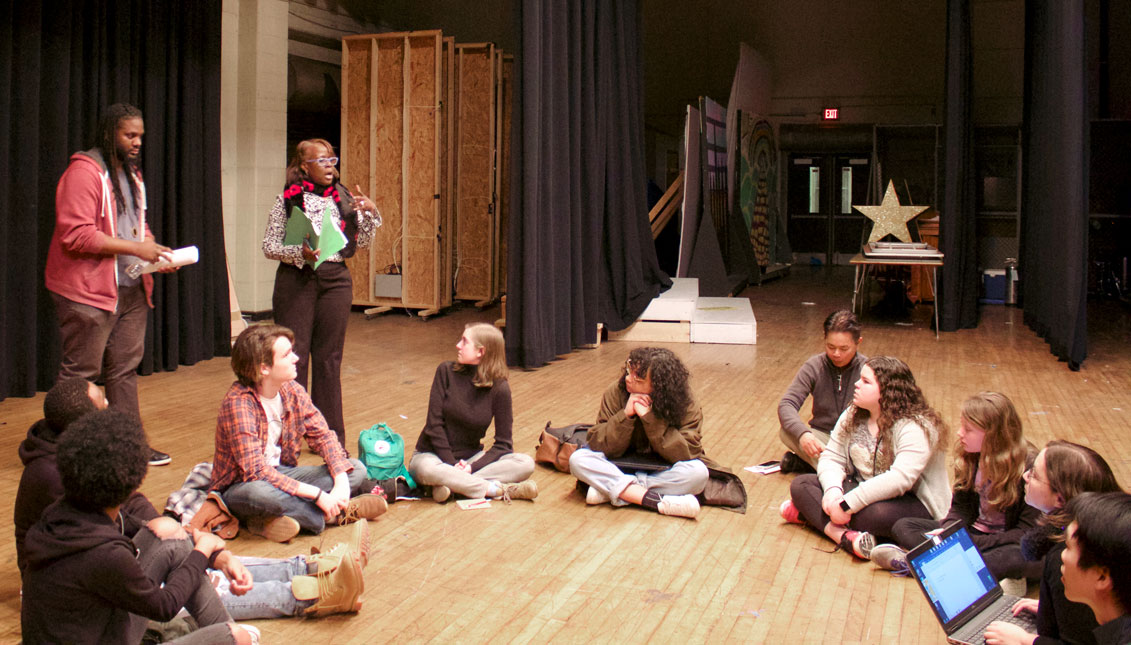 In the wake of March for Our Lives and national movement on gun reform, youth examine the causes and effects of gun violence in the city at the PHL Youth Talks…

On Tuesday afternoon, students and elected officials alike gathered at South Philadelphia High School to discuss gun violence in Philadelphia — a tragedy lived every day, over and over again in ways that have been all too invisible to a media focused on mass shootings, according to many of the speakers and students present at the event.

Mayor Jim Kenney, State Representative Jordan Harris, and City Councilman Kenyatta Johnson were among the elected officials who spoke at #PHLYouthTalks: Gun Violence from Parkland to Philly, hosted by the Millennial Advisory Committee and the Philadelphia Youth Commission. Other lawmakers, including State Representative Chris Rabb, participated and sat amid the groups of students in attendance.

Nicole Allen White, chair of the Millennial Advisory Committee, said that the timing of the event, coming in the wake of the March for Our Lives rally on Saturday and the nationwide school walkouts on March 14, is “really important because it shows [gun violence] is a continuing conversation."

In his opening remarks, Kenney noted that the passion of the national response after a shooter took 17 lives at Marjory Stoneman Douglas High School in Parkland, Fla. on Feb. 14 is just as necessary when looking at the effects of gun violence in communities throughout the city.

“Unfortunately, Parkland is not the only community that has been devastated by gun violence. This is an issue that has affected far too many children and families right here in our own city. These tragedies that occur all too often in Philadelphia deserve just as much outrage as what we saw in Parkland. But we’re fighting back and young people are leading the way,” Kenney said in his remarks.

Jordan Harris and Kenyatta Johnson presented “Gun Laws 101,” highlighting the reality of gun violence in Philadelphia, which has the second-highest rate of homicides due to guns of any large city in the country, and the nuts and bolts of the legislative process for gun reform. 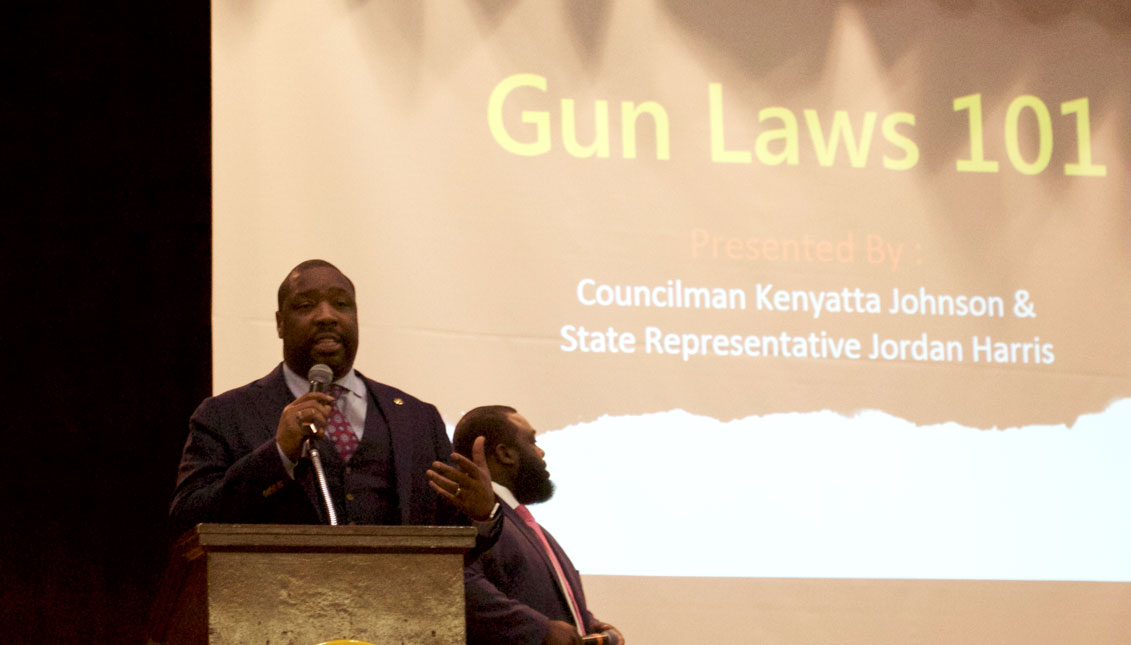 “We drive around the city, [we see] teddy bears, or candles, on the street corners, on steps. And just about everyone in this room knows what that means...That someone, at some point in time, in recent history, has lost their life to gun violence at that corner. So for us this is not a new thing,” said Harris, adding that “if anyone gets shots, that’s a big issue.”

Both Jackson and Harris said that in order to address gun violence, the city has to focus on the root causes of conflict, in addition to pushing for tougher gun regulation.

After the remarks and panel, attendees broke out into three smaller groups to discuss safe spaces, anti-violence efforts, and the effects of trauma from gun violence.

Tatiana Amaya, a youth facilitator with the Philadelphia Youth Commission and junior at Mastery School Shoemaker Campus, led a group of students and other participants in a discussion on trauma.

Amaya said that she chose to facilitate the trauma session because she has experienced trauma in her own life, and feels that as a peer facilitator she has an important purpose.

“It’s a difficult topic to touch on, but I want to make sure that my peers feel comfortable speaking with another peer,” said Amaya, adding, “I’m here to go back into my community and do what I do best, and share your stories and tell that it’s okay to be outspoken.”

The president of a club at her school called Raised Woke, which focuses on youth empowerment, education equity, and social justice, Amaya said that the national conversation on gun violence needs to do a better job of acknowledging the huge impact gun violence has on urban communities in cities throughout the country.

“I have my deepest regards to Parkland, but it’s time that we have to focus on things that happen in the urban community. The youth here that spoke and talked about their trauma have stated that the trauma is something that they experience daily,” she said.

Jon Mckay, founder and director of the nonprofit Life Outside the Streets, which focuses on art therapy designed for healing from trauma, participated in the group trauma discussion.

“We need to focus more on giving them the tools they can use. We can’t eliminate trauma. But we can treat it to eliminate the impact of it,” Mckay said.

Michael O’Bryan, one of the adult co-facilitators for the trauma discussion and a trauma-informed professional who works as director of youth and young adult programs at the Village of Arts and Humanities, said he “was touched deeply” by the thoughts students shared in the discussion.

“There was a lot of passion and awareness and wisdom from the young people in the circle and an honesty around issues of race and class and privilege and opportunities and the inequity in all of those spaces,” O’Bryan said.