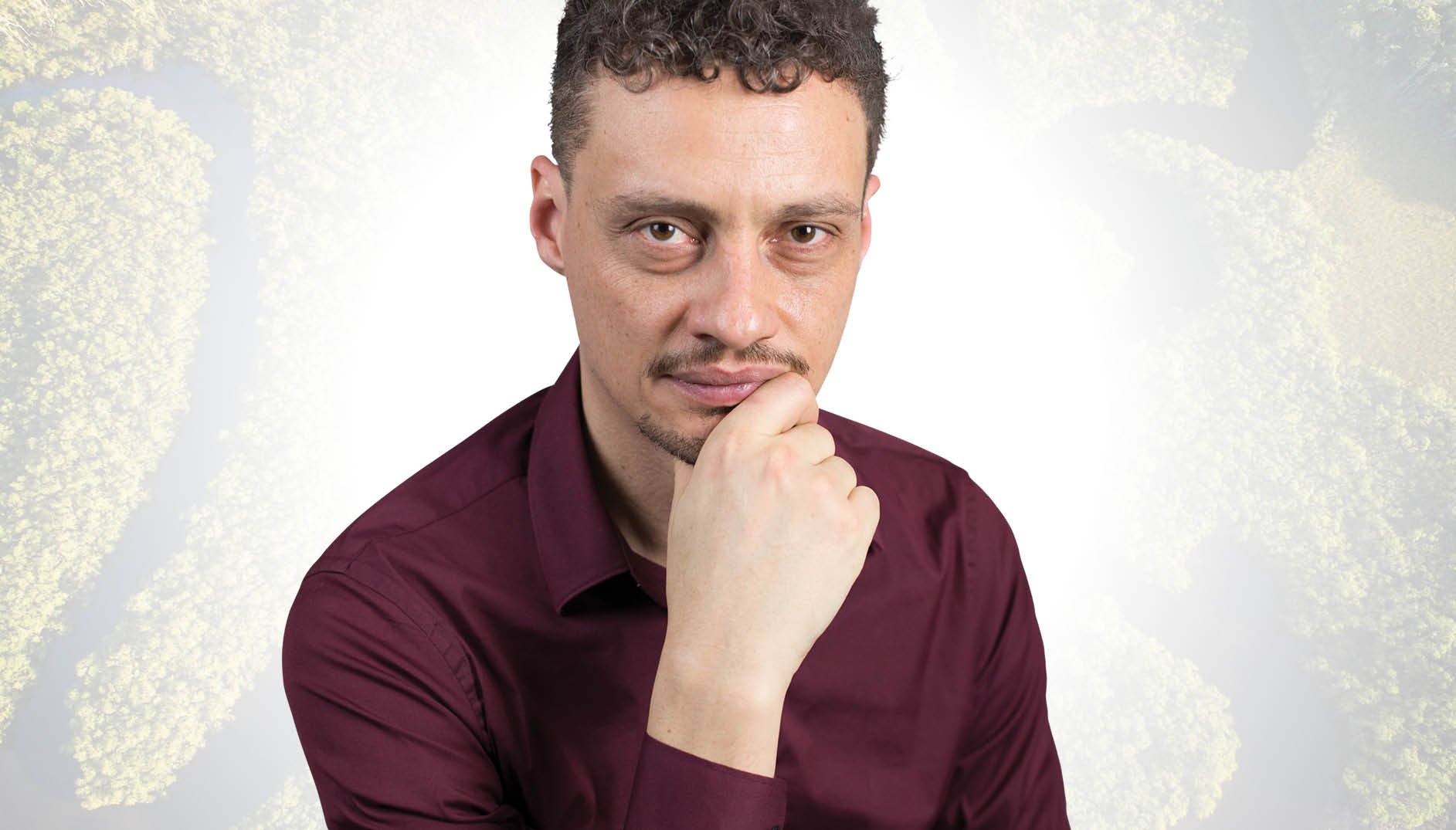 Dr. Victor Gutierrez-Velez is an assistant professor in Temple University’s Department of Geography and Urban Studies. From Medellin, Colombia, Gutierrez received his Ph.D. in Ecology, Evolution, and Environmental Biology from Columbia University in 2013…

A “very old man with enormous wings,” an angel, some say, falls from the sky into a little seaside town. The townspeople are amazed - afraid at first, then intrigued, and, finally, intent on finding a way to take advantage of the strange phenomenon. The couple in whose backyard the being so suddenly appears decide to put the old man with enormous wings into a cage. They start charging for all who come from far and wide to witness the “miracle.” Under the pressure of captivity, deprived of open air and sunlight, the angel fades, remaining motionless for long periods of time, wings drooping lifelessly. Ultimately, though, he recovers his strength and flies away back to wherever he came from, to the edge of the horizon.

Gutiérrez, whose work as a geographer focuses on how the earth’s resources can be conserved and cultivated, tells a similar story of humankind’s relationship to biodiversity — the ways in which the planet’s vast and intricate life systems have been battered, misunderstood, and misused; the blindness of humankind to the fact that our fate itself is bound up in that of all life forms on the planet.

“The idea about why we should conserve biodiversity and the approaches we have for that has changed over time,” said Gutiérrez, explaining that in the 1970s, people saw humanity as completely distinct from biodiversity, but then as the impacts of pollution and environmental degradation became clearer and clearer, “the focus shifted towards how we can keep biodiversity despite [ourselves].”

This gave way to arguments for the usefulness of biodiversity in people’s lives — an attitude that “biodiversity should exist because it benefits us, or it serves us,” he continued.

“Now, though, we are starting to shift that paradigm into the idea that actually we are part of nature, so [the] human-natural relationship is something that cannot be decoupled,” said Gutiérrez. “It’s an integral part of our lives.”

And so we begin to see our own reflection staring back at us from the sunken eyes of the fallen angel, wasting away as it is cordoned off, sold, and exploited.

For many people, biodiversity brings to mind strange and exotic creatures, far removed from daily life.

“Some people see biodiversity as the panda bear or something that is very iconic. Which is very important, but not many people realize that biodiversity is so fundamental for the well-being of us in the world,” said Gutiérrez. “Biodiversity influences the water that we drink, the food we eat, the air we breathe.”

Thanks to a three-year, $600,000 NASA grant as part of the Biodiversity Observation Network (BON), Gutiérrez is leading an international team of researchers and partners, including the Humboldt Institute for Biological Resources in Colombia, who will bring the importance of biodiversity down to earth for lawmakers in Colombia. Launched on March 26, the project uses satellite images to map biodiversity throughout the country, presenting the data in an accessible and interactive map that will provide information to the public as a whole as well as decision-makers.

Gutiérrez, principal investigator for the project, aims to inform decisions by the country’s policy makers so that they can better understand, preserve, and cultivate the many ecosystems and more than 10 percent of the world’s species that make Colombia the third most biodiverse country in the world.

“We have here this great opportunity to harness all the potential of the information that satellites collect every day around the world to really translate this data not only into information but also into knowledge, that these people can use to make appropriate decisions about the environment,” said Gutiérrez. 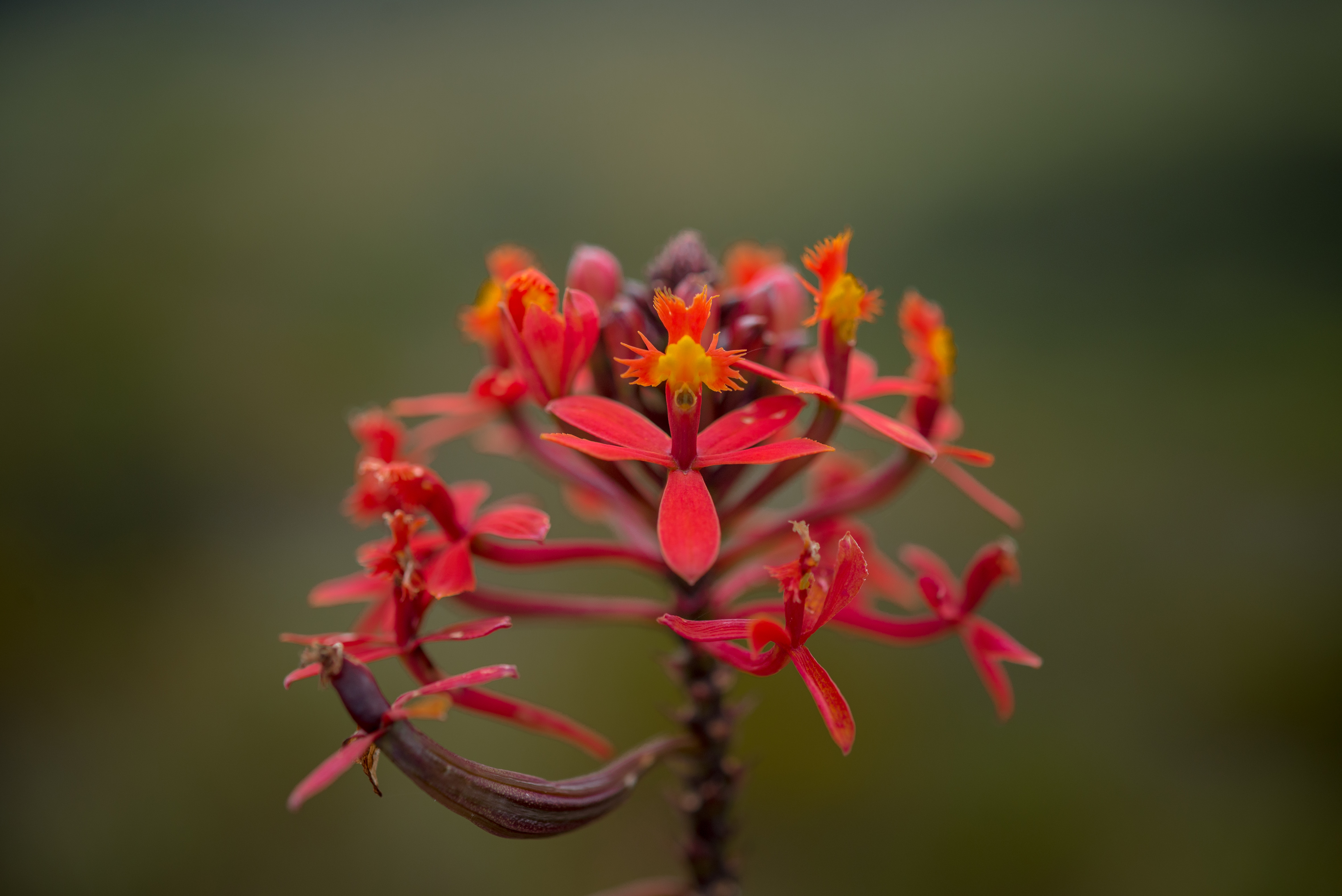 The threats to the country’s rich biodiversity which Colombian lawmakers must confront are complex and varied; as in many countries around the world, the economic benefits of mining and extraction activity are often ascribed a value that outweighs the inevitable damage to the environment and surrounding populations. The goal of Gutiérrez’s project is to ensure that decision makers can literally see the impact mining or development projects would have in one area versus another, enabling them to pass laws and grant development permits guided by the knowledge of what areas are most important to protect.

Gutiérrez said that at the highest level of governance, in Colombia and in many countries around the world, decisions about the environment are made without access to proper information channels.

“Obviously satellites cannot say everything, it’s part of a larger effort, but I think it’s better than the situation...in Colombia, in terms of these officials making very sensitive decisions, under very scarce access to information,” said Gutiérrez.

The NASA-funded project has brought Gutiérrez back to his roots, allowing him to apply the knowledge and resources he has developed in his time studying and teaching in the U.S. to environmental protection in his home country, where his love for nature began.

His motivation is borne out of memories of swimming in clear rivers in the small town, or corregimento, of San Cristobal, where he grew up just outside of Medellín, Colombia, and finding mushrooms and distinct plants on hiking and camping trips throughout the countryside. But he also remembers those same rivers becoming muddied with trash and chemical runoffs, and certain plants gradually disappearing from the trails he walked so often. 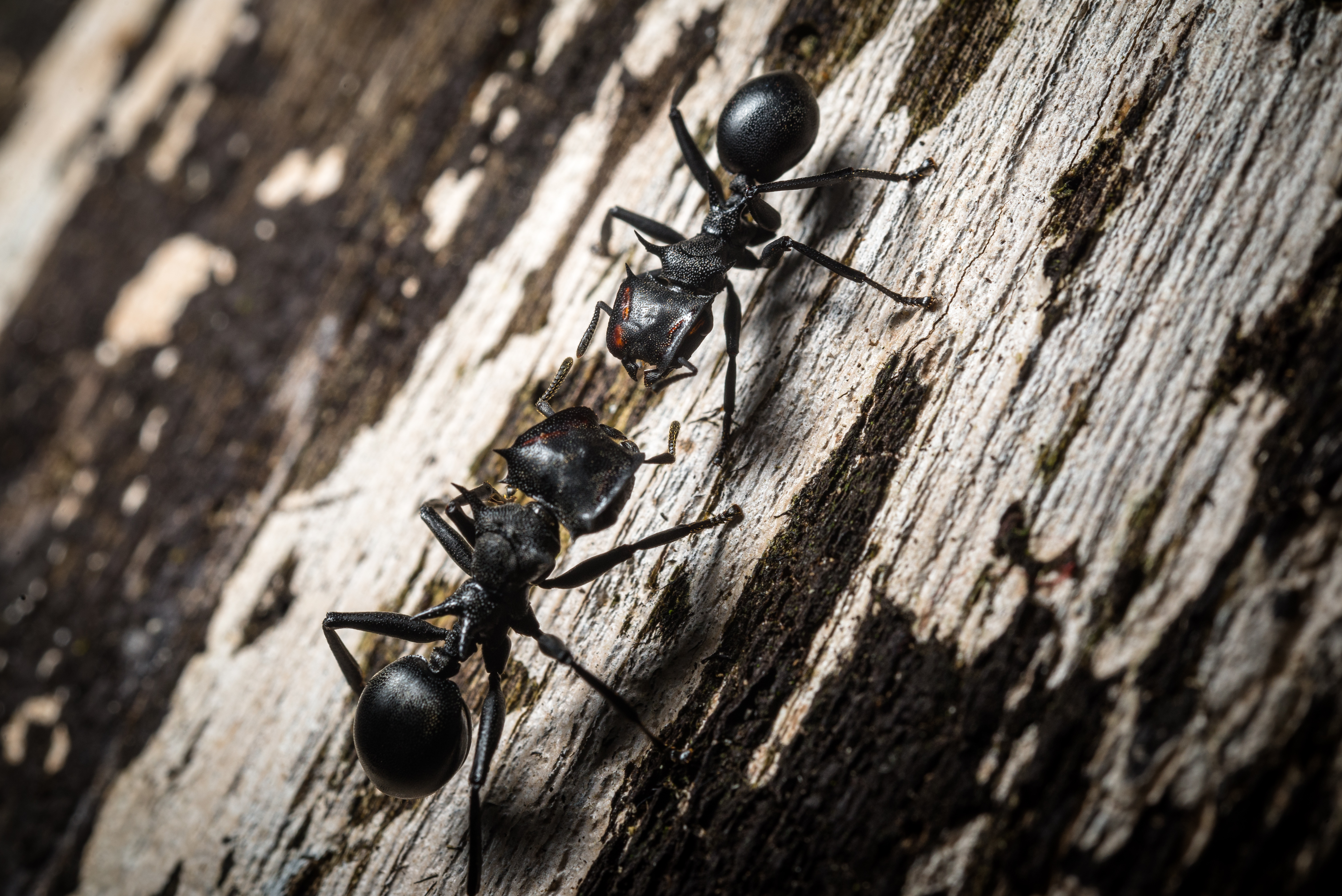 His childhood passion for nature and the outdoors led Gutiérrez to study geography in Colombia. While working there as director of a research center on ecosystems and global change, he realized that he would have to go abroad to advance his knowledge and skills and tap into additional research resources to understand more about geography, ecology, and environmental protection.

He left to study in Clark University’s geography program, going on to get his Ph.D. in Ecology, Evolution, and Environmental Biology at Columbia University in 2013.

Gutiérrez said that in applying knowledge gained in the U.S. to work in his home country, he hopes to contribute to a future in Colombia in which his own son and future generations can swim in beautiful, pristine rivers, as he once did as a child, and the country as a whole “can thrive without depleting [its] rich, beautiful biodiversity.”

Having that, in Gutiérrez’s words,  “moral and social imperative” at the heart of Colombia’s future is not a given, though, with the country confronting new complications as it emerges from a long, dark half-century of war.

Peace and the path forward

Colombia is finally experiencing an end to over 50 years of an ongoing civil conflict that displaced nearly 6 million, and resulted in more than 200,000 deaths and 80,000 disappearances. The country’s war created an atmosphere of constant violence and fear that Gutiérrez, like the majority of his countrymen, experienced as part of the fabric of his daily life.

“When I left Colombia in 2006 it was a very, very hard time,” said Gutiérrez. “All of my adolescence and part of my adult life I had to live feeling an experience of constant threat. Ask anyone, because you will hear car bombs exploding around the corner, people being killed, massacres. It was a very tough time in the country.”

In the eyes of Gutiérrez and many Colombians, the country is now the closest to peace that it has been in their lifetimes. President Juan Manuel Santos received the Nobel Peace Prize in Oct. 2016 for a peace deal brokered between the government and the leftist FARC guerrilla fighters (now a political party) that June. The public eventually rejected the agreement in a national referendum, but congress approved a revised peace deal in November of 2016 and on-the-ground demobilization efforts are currently underway.

“The historical moment that the country is living now constitutes a great opportunity to come out from violence but also secure a path for the country towards sustainability,” Gutiérrez said. 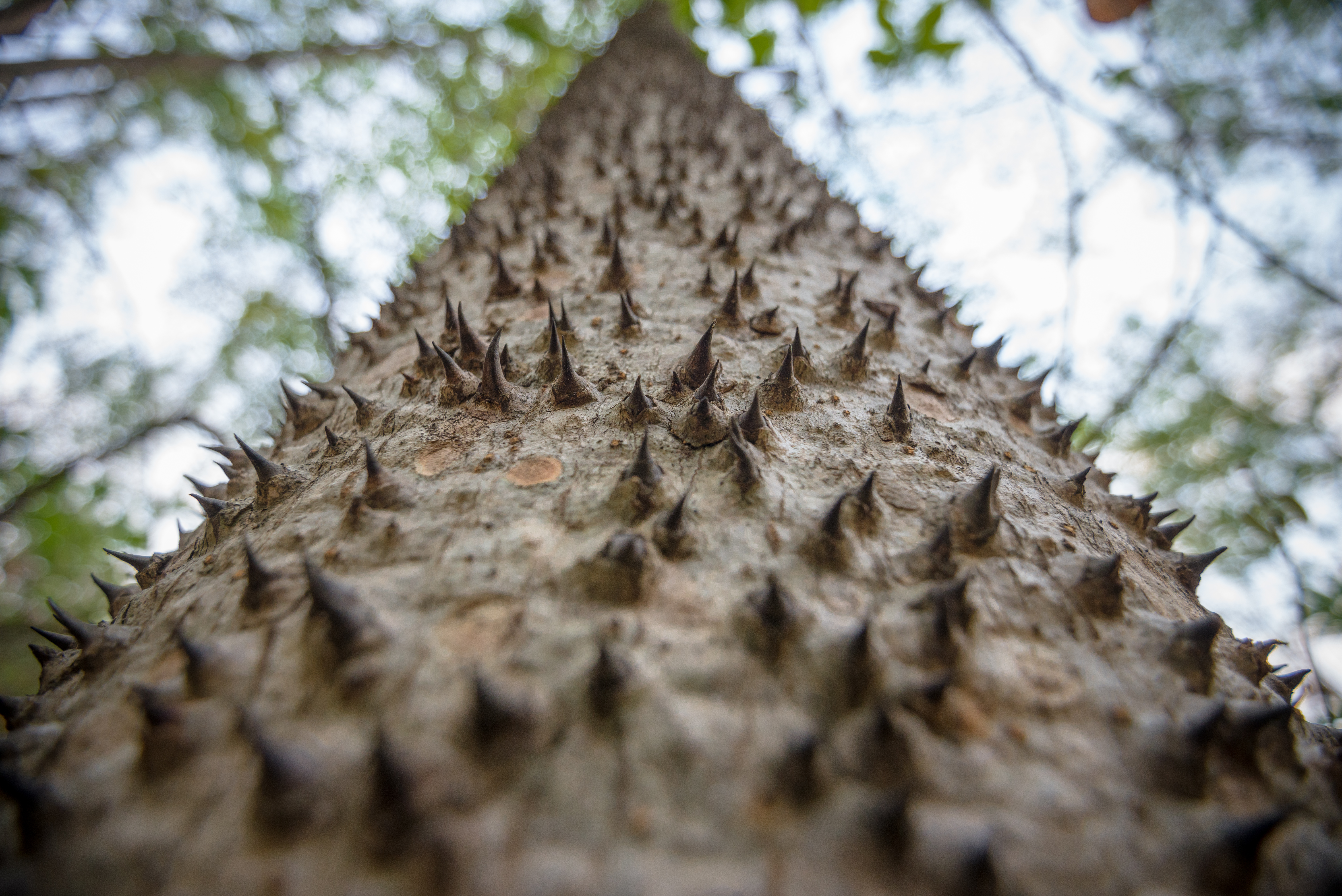 On the one hand, he noted, the ending of conflict means that the state can have an increased presence in formerly FARC-held areas, allowing for increased regulation of illegal mining and deforestation activities that contribute to environmental degradation.

On the other hand, “[it] also brings a challenge, because with safe and peaceful social conditions come incentives for investment,” said Gutiérrez, “which could be an opportunity if it’s done in the proper places and in an appropriate way, but can go out of control as it has happened in many areas,” he added, explaining that cattle ranching, deforestation, agricultural activities, and mining are all threats to biodiversity and the environment as a whole.

The challenge of transnational corporations establishing multimillion dollar operations regardless of the resulting environmental degradation and consequences, the brunt of which falls on mostly rural and indigenous communities, forms its own kind of war — a struggle that has proved deadly for many activists who have sought to defend environmental rights and curb rampant development due to its effect on their communities. According to a Global Witness report, 200 environmental defenders around the world were assassinated for their work in 2016. Colombia had the second-highest total of any country, with 37 people who were killed due to their environmental activist work in that year alone.

It is yet another conflict that will not disappear overnight, but with better informed decision making and efforts to develop a “more creative and more environmentally-friendly economy,” Gutiérrez said that Colombia can look to “decouple economic growth from environmental degradation,” allowing both the country’s economy and the quality of life of its citizens to thrive.

Bringing science to society, and society to science 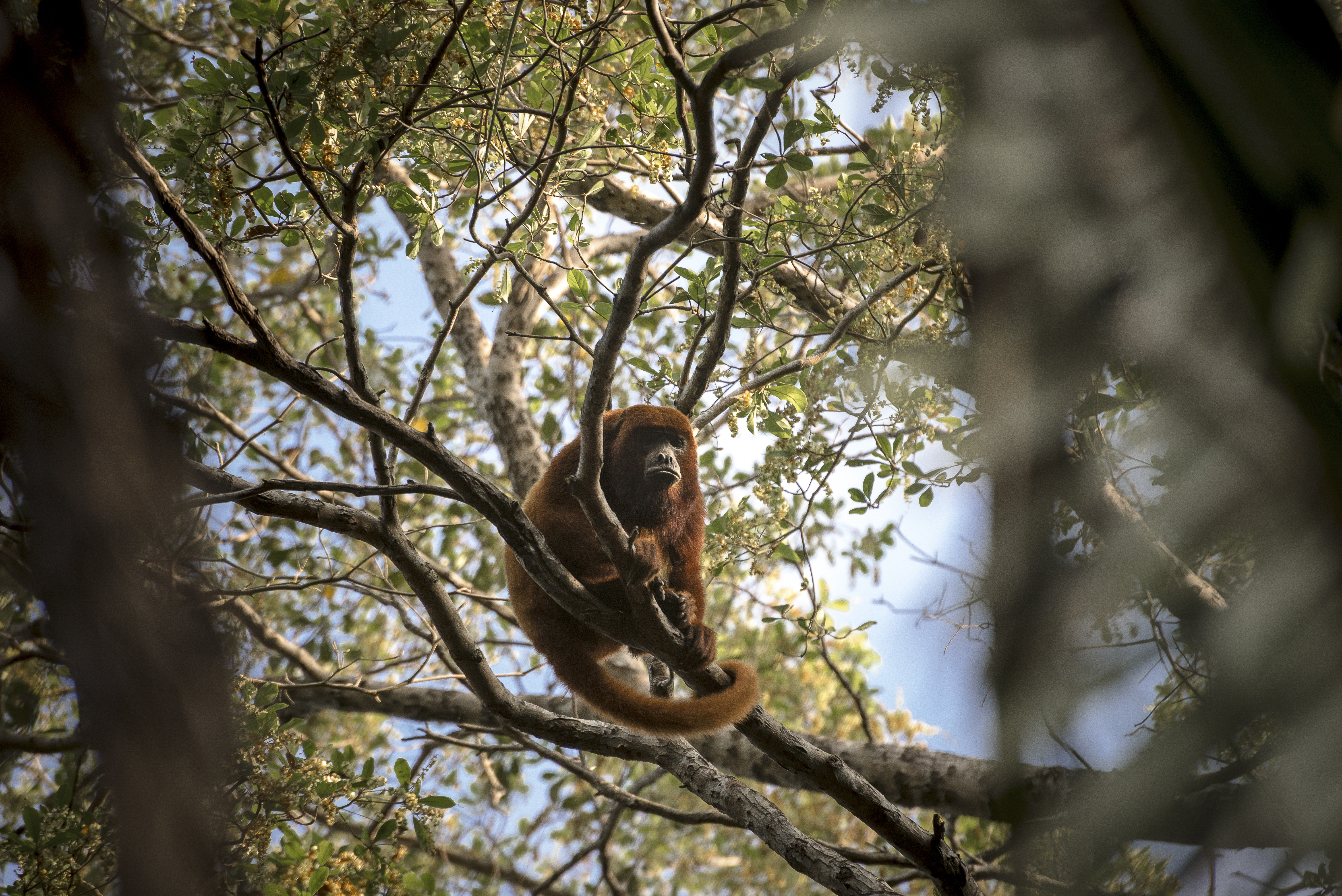 Gutiérrez said that the NASA project is an example of how creating bridges between research on biodiversity and the general public, along with collaboration with other disciplines, can have an impact in the fight against climate change and environmental degradation, both in Colombia and throughout the world.

In a political reality in which decisions are determined not just by facts but by efforts to appeal to people’s values, Gutiérrez said that scientists must “acknowledge that people have their own values, based on their everyday lives” to gain relevance in policy discussion.

“The approach from arrogance, saying that we are the holders of the absolute truth, is not conducive to [coming] up with decisions,” he continued, explaining that translating academic jargon into the language of the everyday is essential in order to engage people in the political and societal ramifications of scientific findings.

In this way, he hopes the NASA project and other similar initiatives that present scientific data and information in more accessible formats will help “bring society to science, and [bring] science into something relevant for people’s everyday lives.”

“We need people bringing all the background that they have based on their experience, their everyday relationship with nature, to really come up with the best way we can use this information, and how that can inform them to make the right decisions that propend towards the sustainable use of natural resources,” he concluded.