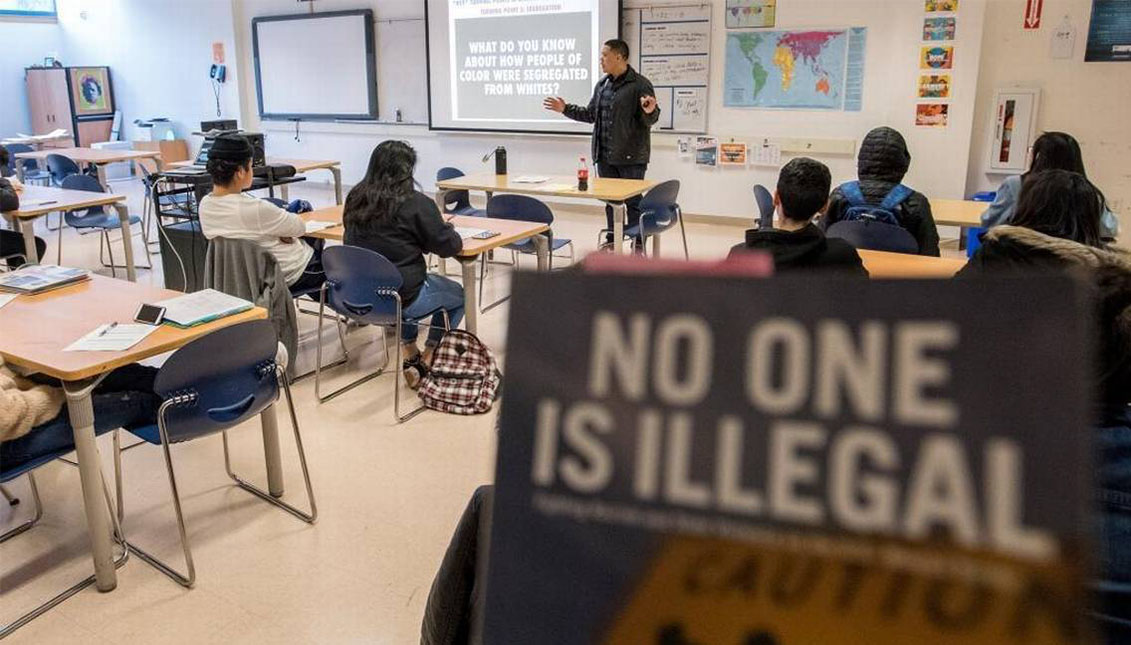 "This model curriculum, the first in the country, will show other states what is possible," said Luis Alejo, who authored the legislation when he was in the Assembly. Photo: S.B

After years of debate and countless drafts criticised for being too left-wing or right-wing, millions of racialised students will not see their history of…

It looked like they were not going to agree, but they finally did.

The State Board of Education last Thursday unanimously approved a model ethnic curriculum that is intended to guide California schools in including and teaching the contributions of Native Americans, blacks, Asians and Latinos to the nation's history, as well as their struggle against racism and marginalisation.

And not only from these communities, but there will be lessons on the Jewish, Armenian and Sikh communities in the United States. Something that has been achieved not without effort, as the criticisms have been insistent and varied, and it is not expected that they will end.

Although everyone has appreciated from the outset the need for all communities to be reflected in the curriculum, in these two years of intense debate, every draft has been accused of being either left-wing propaganda or of winking at the right without agreement, or of being too technical or not dealing with the realities of the Jewish community in an appropriate and sensitive way. Until now.

Of course, it has taken four years, four drafts and at least 100,000 public comments following an ordinance that dictated the creation of an ethnic studies curriculum in the state's schools.

"The passion we hear about this issue illustrates why ethnic studies is so important," board chairwoman Linda Darling-Hammond told the LA Times. "Much of it is a search by every person or every group for a sense of belonging and recognition."

"Ethnic studies requires that we understand the forces that stand in the way of our shared humanity so that we can address them," the chairwoman added. "We need the fuller study of our history that ethnic studies provides and the attention to inequality that it stimulates."

According to the LA Times, while this model will be a useful tool for all school districts that want to offer ethnic studies, it is expected to be in the eye of the storm again. A bill to make ethnic studies in high school a graduation requirement will be debated in the coming months.

"This model curriculum, the first in the country, will show other states what is possible," congratulated Luis Alejo, who authored the legislation when he was in the Assembly.

On the other hand, this model is the first building block for a regulated anti-racist education with a historical perspective, especially in a context like the United States, where police abuses and racial hate crimes against Asian Americans still flood the newspapers and the shadow of BLM still looms over social injustices.

One of the most controversial points was the model's focus on "critical race theory", which allows race and racism to be examined as systemic, and which has often been labelled reductionist for removing class from the problem, which is, detractors say, what unites students whether they are white, black or any minority - indeed, the board recommended adding a much clearer definition of these concepts lest it be attacked as former president Trump has done on successive occasions.

There is, however, one unobjectionable truth, and it was spoken by the legendary activist Dolores Huerta, whose foundation works with several school districts.

Huerta warned that the main step to making the world anti-racist begins with the education system.