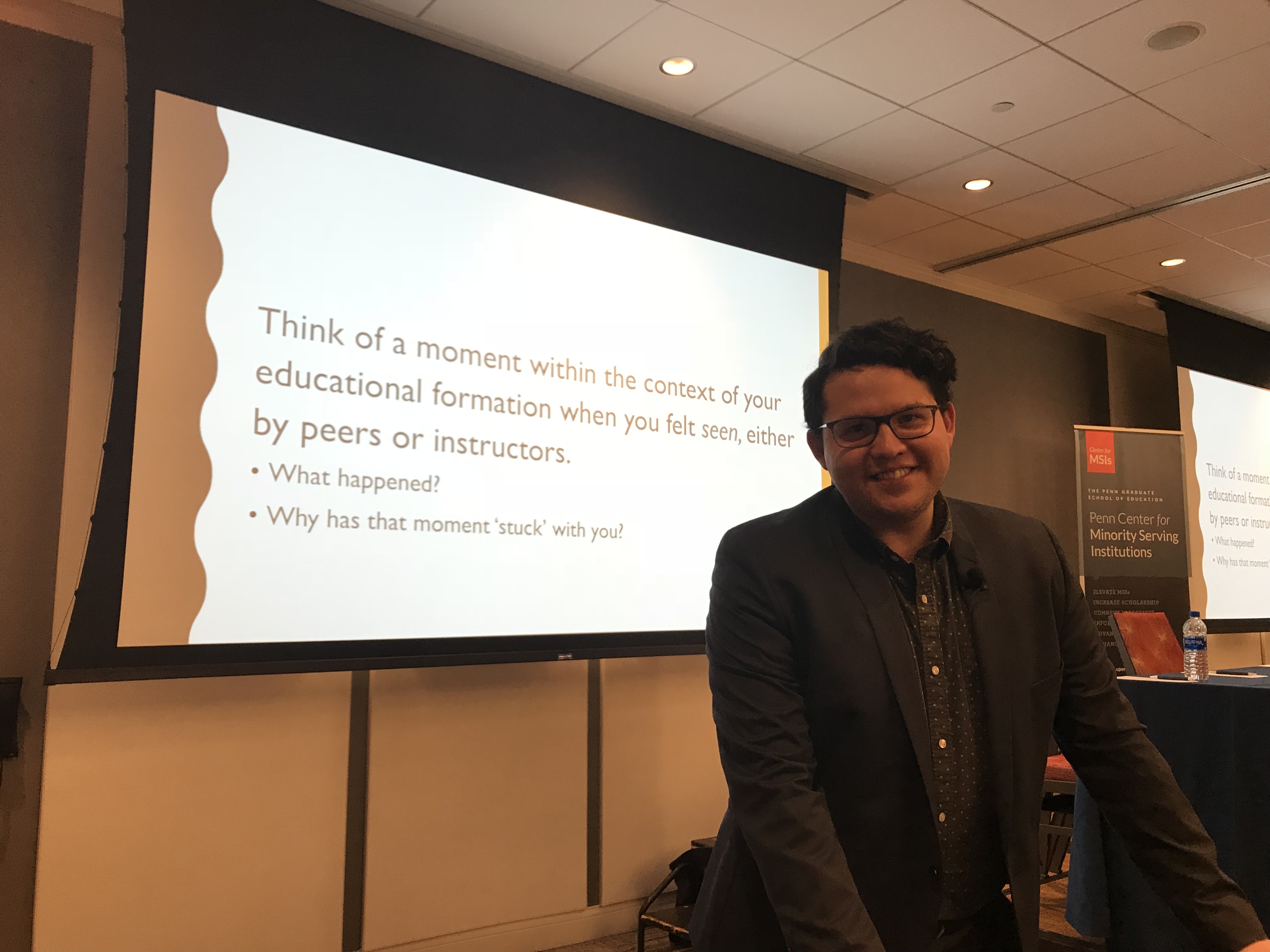 A new program housed at the University of Pennsylvania Graduate School of Education's Center for Minority Serving Institutions is looking to increase the number of Latino professors on campuses around the country by building a cohesive network of academic and personal support for cohorts of Latino undergraduate students.

The two worked to envision a network of support for Latino students interested in seeking doctoral degrees because “we were very interested in moving the needle with regard to Latinos in the academy becoming professors, because there hasn’t been any movement in a long time,” said Gasman, noting that 76 percent of the professoriate nationwide is white.

Gasman and Samayoa received a five-year, 5.1 million dollar grant from the Carnegie Mellon Foundation to run the program for cohorts of 30 students who are current undergraduates at University of Texas, El Paso, Florida International, and California State Northridge, all of which are Hispanic Serving Institutions that Pathways to the Professoriate chose to work with based on their “great track record” in serving Latinos in the humanities, said Gasman.

The program’s inaugural cohort has just started to receive acceptances to major Ph.D. programs around the country, a moment which is “really exciting,” noted Gasman.

“These are young people who...didn’t even realize that they could have this aspiration, and some of them wanted to but didn’t know how, but now they’re all getting in,” she said.

Each cohort begins the program with a summer seminar after their junior year — a “deep-dive boot camp” in which students learn everything from how to manage their mental health while applying to and studying in graduate school, to GRE preparation and writing statements for applications.

The cohort also undertakes their own research project in the summer seminar, and the first group of program participants recently presented their research at the Cross Institutional Conference at the University of Pennsylvania at the beginning of March. 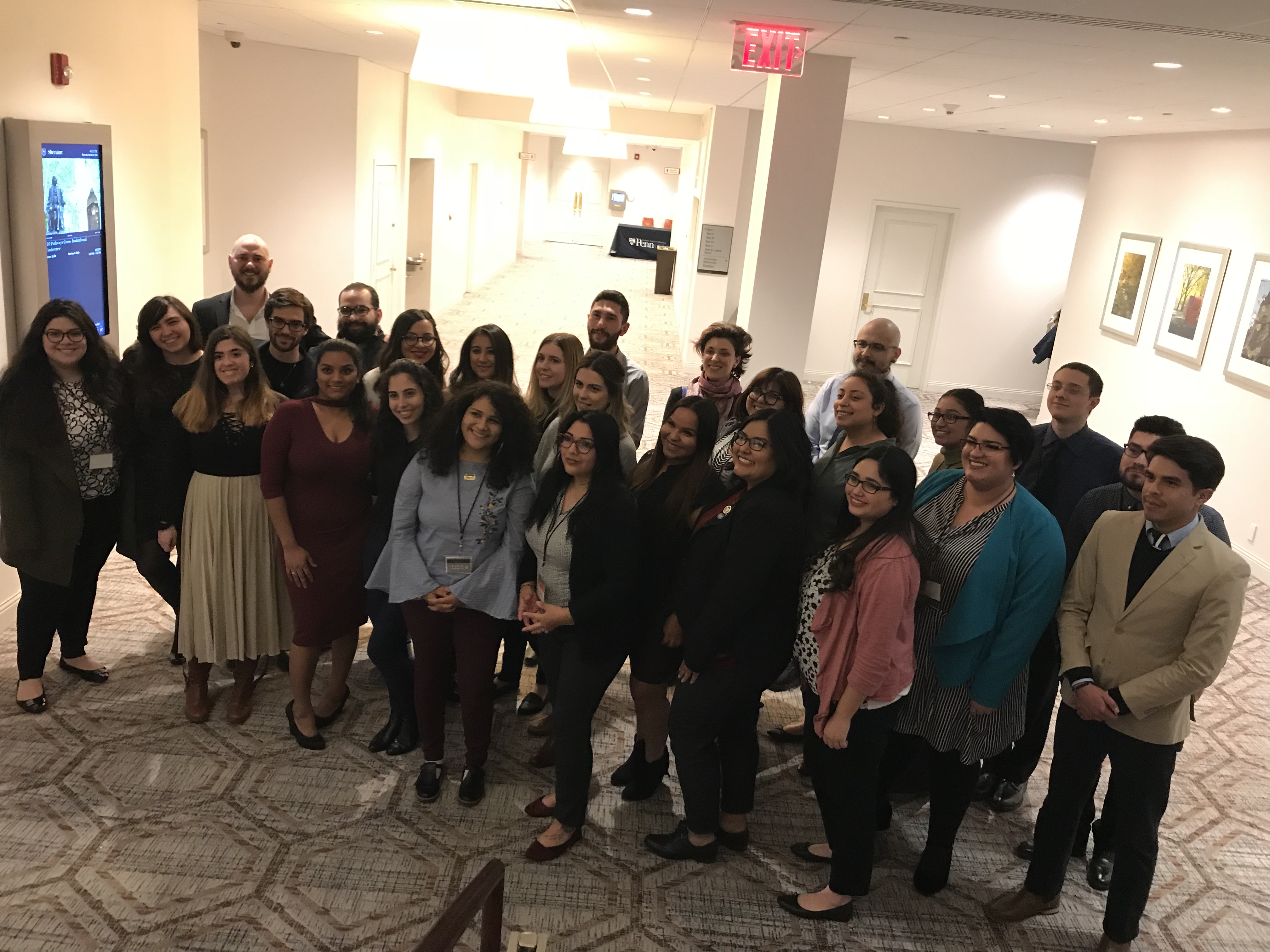 The program’s goal is to ensure that 90 students over the four-year period of programmatic activities successfully apply to and enroll in Ph.D. programs.

“That might seem like a small number, but you just have to think about how few Latino professors there are in the country. And it’s really sad, it hovers around 3 or 4 percent, and that given the growing population of Latinos across the country” Gasman said.

Gasman said that having more Latino professors will also deepen and shift the overall discourse in academia.

“I think it’s an amazing impact because you have people who have a whole array of diverse experiences and understandings of topics and different perspectives, and that’s what we need,” Gasman said of having a more diverse professoriate. “It changes the way that we operate in the academy, it changes what we value in the curriculum, it changes the voices that we preference. Because we tend to preference white voices, we tend to preference white male voices, and this really makes a significant change.”

She cited a number of barriers Latinos may face in pursuing doctorate degrees, from the financial stresses of application and GRE fees, to time limitations faced by many Latino students face who are working to help support their families, in addition to going to taking undergraduate classes.

On top of this logistical stress is “perception and racism around who deserves to be in Ph.D. programs,” said Gasman, adding that for Latino students, “just having their ideas valued and considered important” is not a given in a world in which “white-centered” ideas are historically valued more.

This kind of narrow perception of who a professor is, and what academia is, is exactly what the Pathways program is designed to change.

“It’s small steps, but I do think that you can do that, especially if you have eight institutions working together to kind of put forward this idea,” Gasman said.