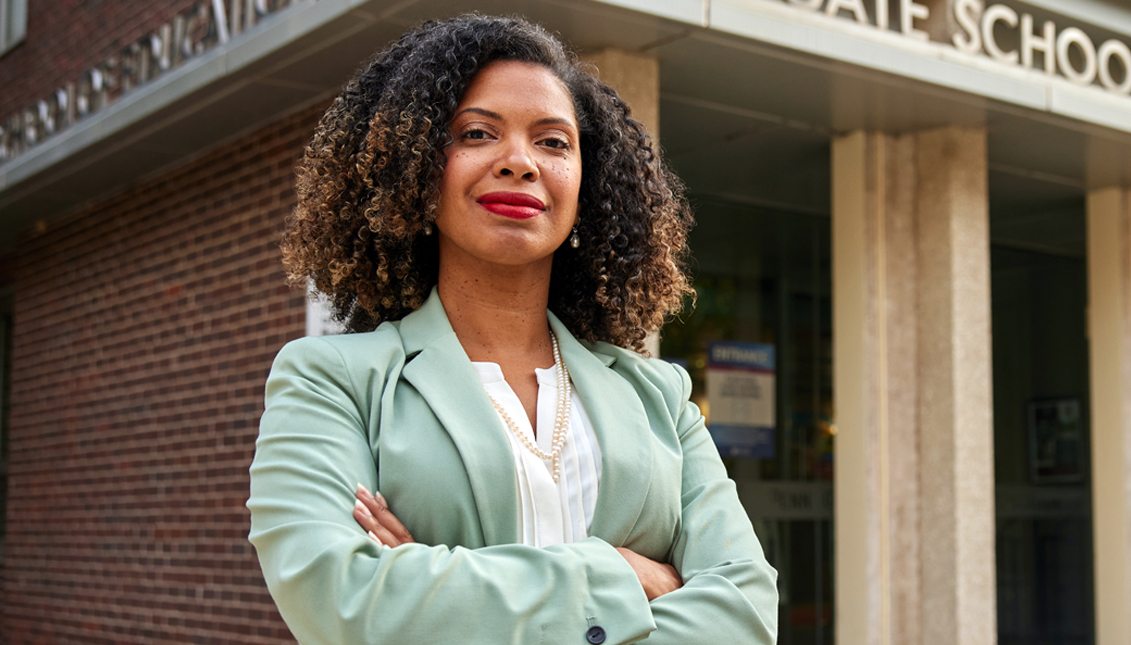 Dr. Amalia Dache’s work surrounds increasing diversity and access to education. It’s work based entirely on her own experience.

Amid a continued need for more diversity in higher education, the University of Pennsylvania Graduate School of Education has appointed Amalia Dache as an Associate Professor.

With the designation, she became the first tenured Latina professor at UPenn’s Graduate School of Education.

Dache is an Afro-Cuban American scholar, who has focused her research primarily on how racial and economic factors impact local post-secondary education, and access to college for diverse students.

“I am officially an Associate Professor at the number one school of education in the United States!” she wrote in an announcement post across her social media platforms.

Dache, a New York native born to Cuban immigrants, first spoke to AL DÍA News not only about the diversity gap she experienced growing up among her public school teachers, but also how that trend followed her into her higher education.

More specifically, she grew up in the Finger Lakes region of Upstate New York in a working-class Black and Latino neighborhood in Rochester.

“[It] was very under-resourced as far as income and educational resources,” Dache said.

Her journey to higher education was also much different than others on account of becoming a teen mother in high school. With a child to take care of, Dache had to persevere and received her GED through a community organization at the heart of her Latinx neighborhood in Rochester.

From there, she went on to community college at SUNY Monroe, where she struggled, but eventually earned an Associates degree after four years.

It’s quite the beginning of a journey to look back on from the heights of the University of Pennsylvania.

“At Penn when I learned that no other Latina had tenured and not only that, but no other Afro-Latina has ever done this,” said Dache.

She continued her academic quest by getting her Bachelors in English literature at SUNY Brockport, a Masters in Liberal studies from Empire State College, and eventually, her doctorate at the University of Rochester with a focus on higher education and college access.

That pursuit was rooted in her recognition of the effect the lack of diversity and resources had not only on her but, the whole of her Latinx community in Rochester.

Those effects were especially stark in her education career.

“The fact that my first language is Spanish, that my parents didn’t speak English, it made things even more difficult to understand academic journals. I always felt like I was catching up and that my classmates knew more than me, that I was always behind,” said Dache. 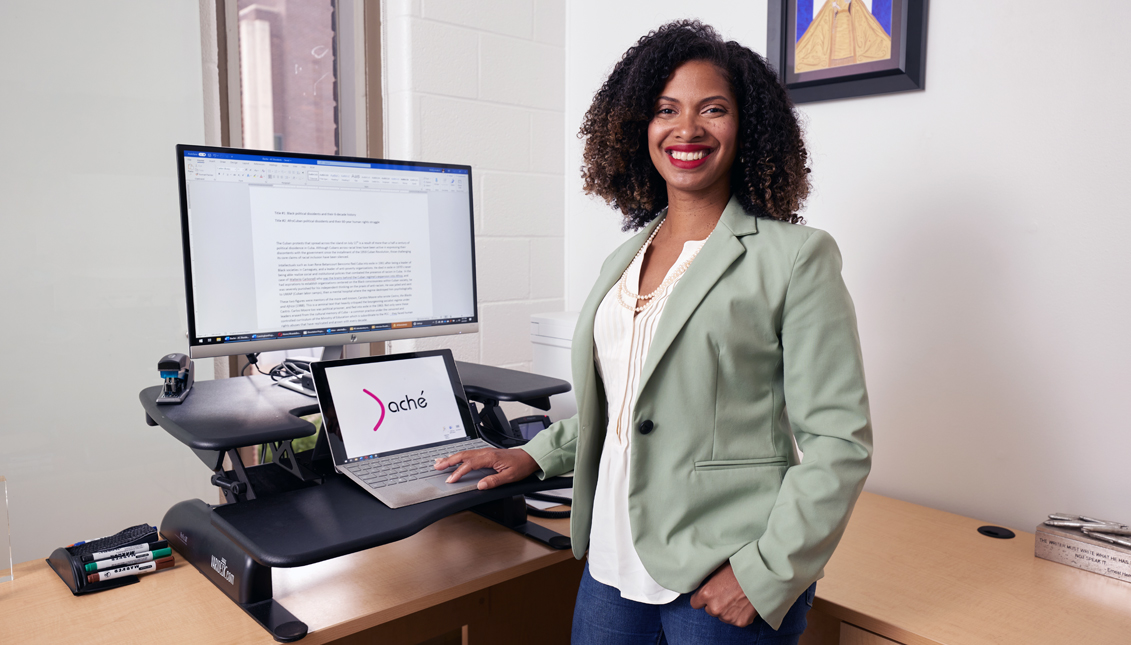 As an associate professor, Dache is dedicated to sharing her research and informing others about the need for a change in the education system in order for more diverse students to have access to higher education.  Harrison Brink/AL DÍA News.
The fueling need for diversity

Years later, now as a tenured professor, Dache looks back at how her first Latina professor in college not only made an impact on her career, but also became her mentor as one of the only Latina representations in her higher education career.

“When I got to college, my first and only Latina professor actually became my advisor for my Ph.D., she was Mexican-American and that was eye opening for me,” said Dache. “I remember one of the statistics that she had shared with me about Latinas and higher education was that .003% of Latinas have Ph.D.’s and I couldn’t believe it wasn’t even at 1%.”

That statistic would be all the motivation Dache needed to continue her education alongside her own family’s history.

As revealed by the stats that were once told to her, Latinas have it even harder than most. Dache even admitted to not even knowing what a doctorate degree was before she pursued it.

“This was how much I didn’t know. I come from immigrant parents, from Cuba where the education system was very different,” said Dache. “This is some basic normal cultural capital that most middle class white families know of, but I had no idea.”

She also highlighted the increased instances of racism, sexism and classism often faced by Latinas that put barriers in the way of their progress.

A new wave for change

Since Dache’s time as a student in higher education, it has improved over the years, but still remains one of the top issues impacting Latinx and Black communities.

Dache said she knows what it feels like to be in an education system that doesn’t value diversity, but is now in the position where it feels like her obligation to continue to talk about the difficulties of access to higher education and help change the system from within.

“When we get to a point where we have some power to give voice to our experiences, I feel super privileged and I have an opportunity and an obligation to really tell the truth about why it’s so hard for us to access education,” Dache said. “So much of it is not of our own doing, it’s because the education systems are structured in a way to make us feel invisible.”

Part of Dache’s truth to unveil as part of her work has been detailing the education struggles of Puerto Rican youth in North Philadelphia. It’s a battle of finance, language and feeling close to home even within one’s own city.

“Puerto Ricans in North Philly don’t have much access to education because not only is language a major issue, but [also] because not many colleges are close by,” Dache said. “Although Temple is close by, it’s still not as close and I found a lot of Puerto Rican students will go to college based on what is closer to them.”

All are issues tied to the greater one of increasing diversity in higher education to make it more accessible to the Latinx and Black community. To help, Dache recommended another change of creating more outreach programs, cultural centers and resources for students on campus and prospective students in surrounding communities.

“I think we need to create more programs that value more of the cultural capital that students bring, not just the academics,” Dache said. “We need to push for more local involvement and for more Latinx students in Philly to be brought into the conversation.” 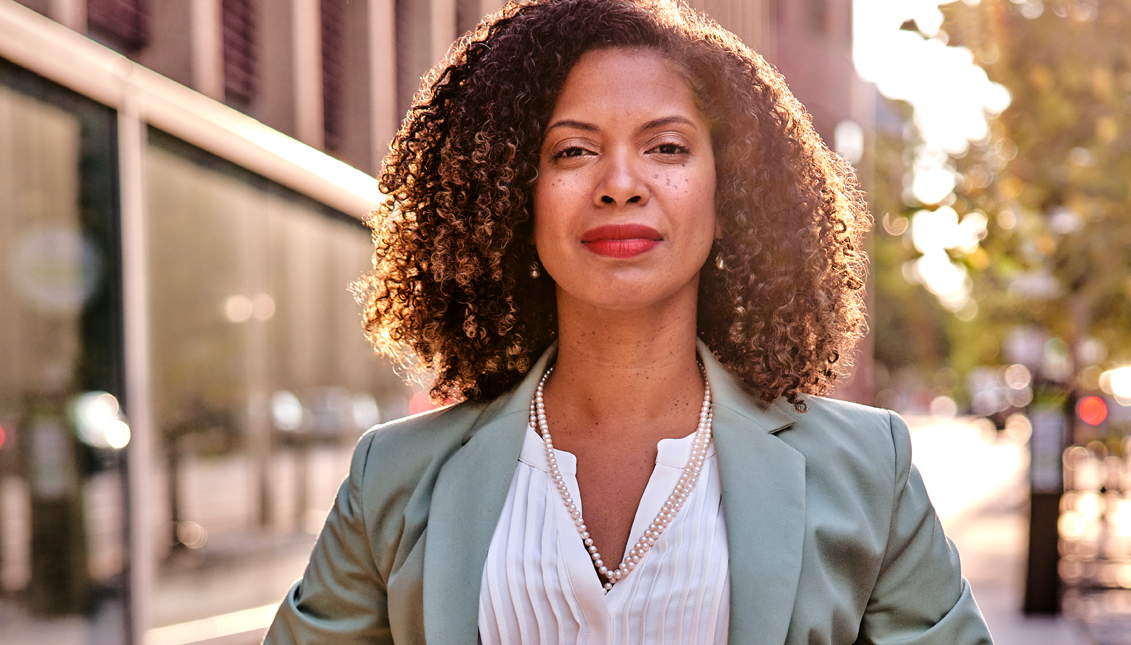 As a Afro-Cuban, Dache continues to connect to her Cuban roots and advocate for the Cuban community.   Harrison Brink/AL DÍA News.
Connecting as a Cubana

As a Afro-Cuban American, Dache also recognizes not only her hard work to get to her current position, but also the hard work of generations before her.

Dache has always had a strong connection to her Cuban roots that goes beyond her research, and recently went to Washington, D.C. along with other Cuban activists from the Philadelphia area to march in solidarity with Cubans protesting against the Cuban government.

Those protests began on July 11, as marginalized communities in the island nation rose up against the government’s failure to address a number of issues, starting with COVID-19.

“I wanted to advocate and bring awareness about this issue because I didn’t really see it being covered by the media and it needed to,” Dache said.

Despite the political unrest that continues in Cuba, she continues to hold that connection to her community and is determined to advocate for it by making sure their voices are heard and spreading information about recent events on the island and its culture and traditions.

”I started turning my Twitter into a resource page to find resources on Cubans and Afro-Cubans so people could learn about the history of the Cuban revolution and how they were raised into silence and shamed for wanting a different government,” said Dache of one example. 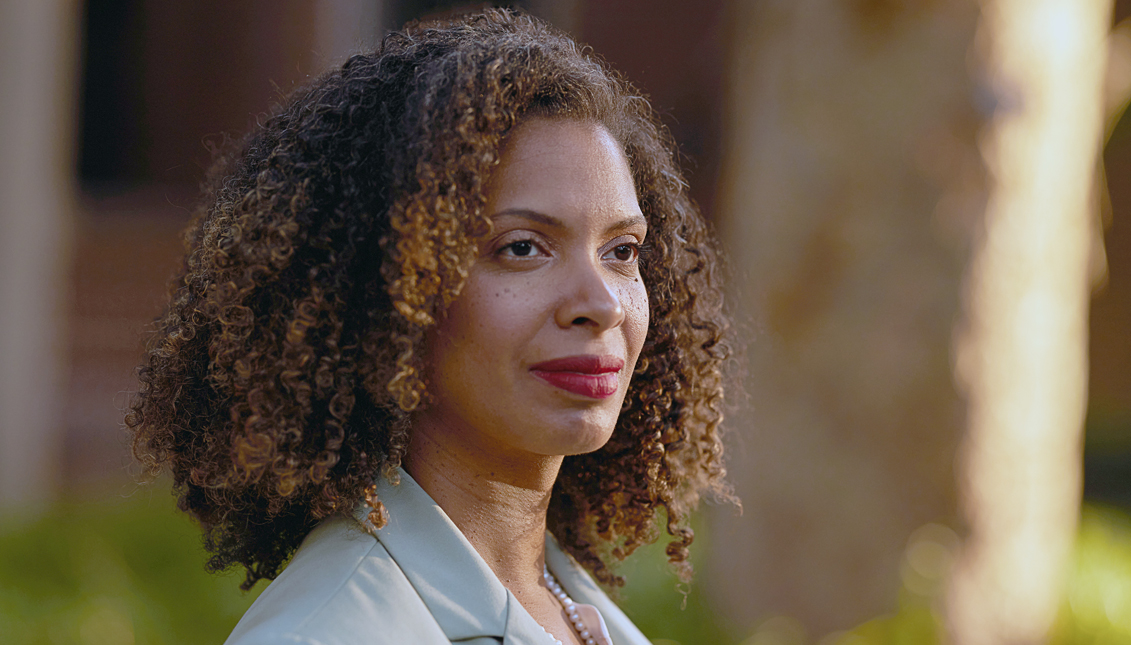 With her new position as a tenured professor, Dache is determined to continue to increase access and diverse representation to higher education.  Harrison Brink/AL DÍA News.
Looking towards the future

As Dache’s main research work involves diversity and access to higher education, she emphasized the importance of her tenure to her work. In the eyes of her mentors, the work speaks for itself.

“I stand by my work and I try to ask really important questions that aren’t typically asked when it comes to urban access in higher education. A lot of my work looks at things locally, but with a global lens,” Dache said. “It felt validating that my work, that is very critical, was being recognized at Penn and eventually knowing that I was the first Latina became really impactful.”

With that being said, despite the impact her mentor had, Dache still said she wished she had it earlier in her education career.

“We can’t just have the same people at the table, we have to be equals and have more representation so other students can have these experiences so they can chime in and say ‘this is what works,’” Dache said.