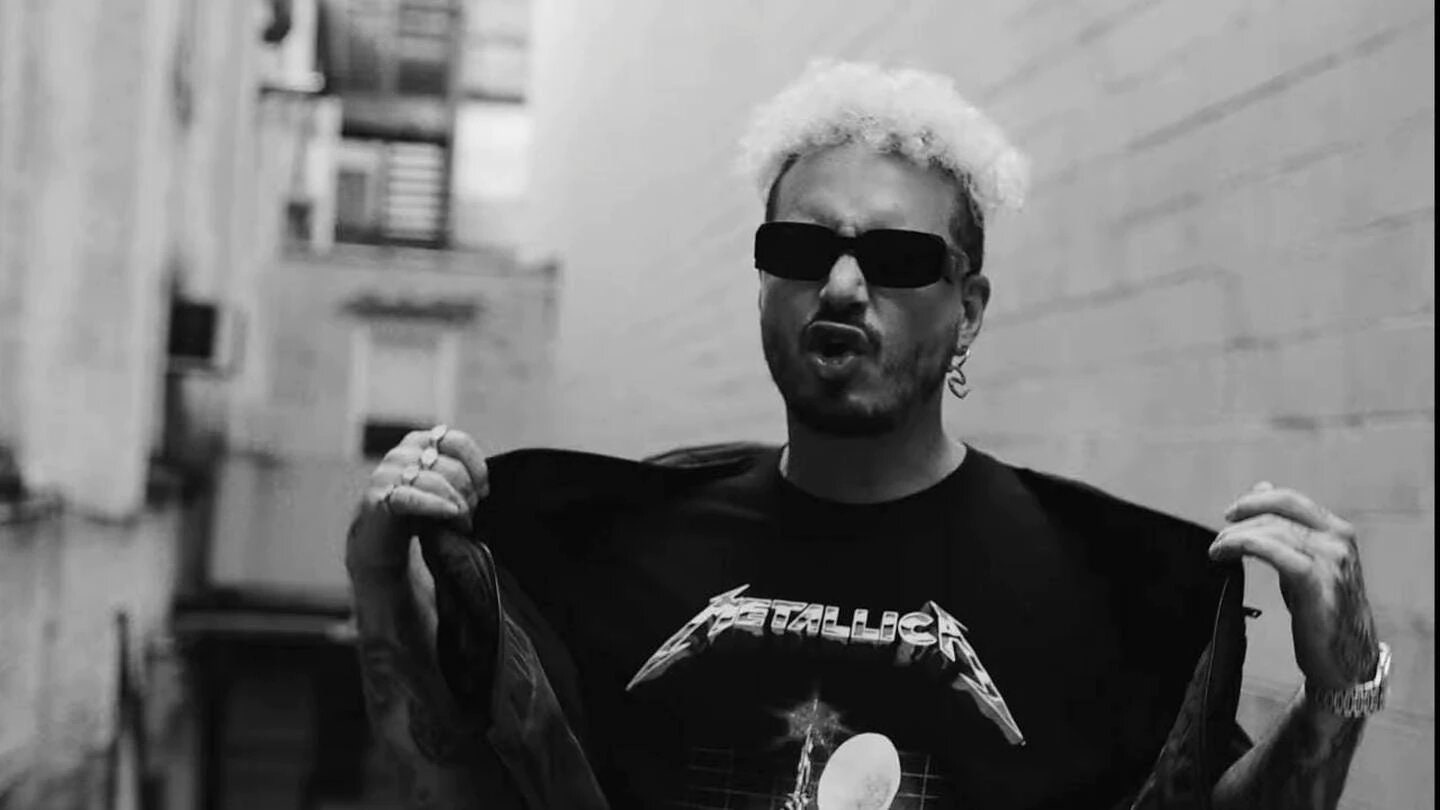 J Balvin, in the music video for "Wherever I May Roam."

The controversial collaboration between J Balvin and Metallica

J Balvin participated in the production of versions of songs off Metallica's iconic Black Album.

Last month, the iconic metal band Metallica announced the celebration of the 30th anniversary of the release of the Black Album.

How was it celebrated? With the release of The Metallica Black List, a series of collaborations featuring the band performing some of the albums most iconic songs alongside artists from genres far and wide. For purists fans of the band, some collaborations have ruffled some feathers. Arguably the most controversial collaboration has been the one with J Balvin, who featured in a music video clip for a new version of "Wherever I May Roam."

Colombian reggaeton superstar @JBALVIN gives us Wherever I May Roam like we never thought we’d hear it for the #MetallicaBlacklist! Profits from his track support @StJude and the @AWMHFoundation.

The collaboration has only just been released and has already trended on social, with praise, criticism and, above all, memes expressing the opinion of the metal band's followers.

The fusion between reggaeton/trap and Metallica's rock has not pleased the band's followers and has caused annoyance on social media, unlike what happened with the premiere of the cover of "The Unforgiven," which was performed alongside Mexican duo Ha*Ash.

However, as Alejandro Marín, broadcaster, journalist, translator, disc jockey, editor and music producer, puts it, the idea of covering their songs in an album full of collaborations with more current artists is a very smart marketing strategy for Metallica and the participating artists.

"More than if it is good or bad, what Balvin did seems to me very smart on part and it is a good business decision, Balvin does not go out of his comfort zone, he makes a version very in line with what he is, the huge visibility to Metallica, who is looking for just that and this is an album that turns 30 years old and is not on the radar of young people. I think Balvin puts Metallica on the radar of this population, to some who don't know the band. It's a very smart move," said Marín in an interview with Infobae.

For his part, J Balvin was excited and happy to join forces with a band he admires and has listened to for years.

The full album features collaborations with 53 artists, including Juanes, Mon Laferte, Weezer, Miley Cyrus, Corey Taylor, Elton John, Ghost, Dave Gahan and more. Metallica's latest production will be released on Sept. 10. The band announced that 100% of the final proceeds will be donated to charity.