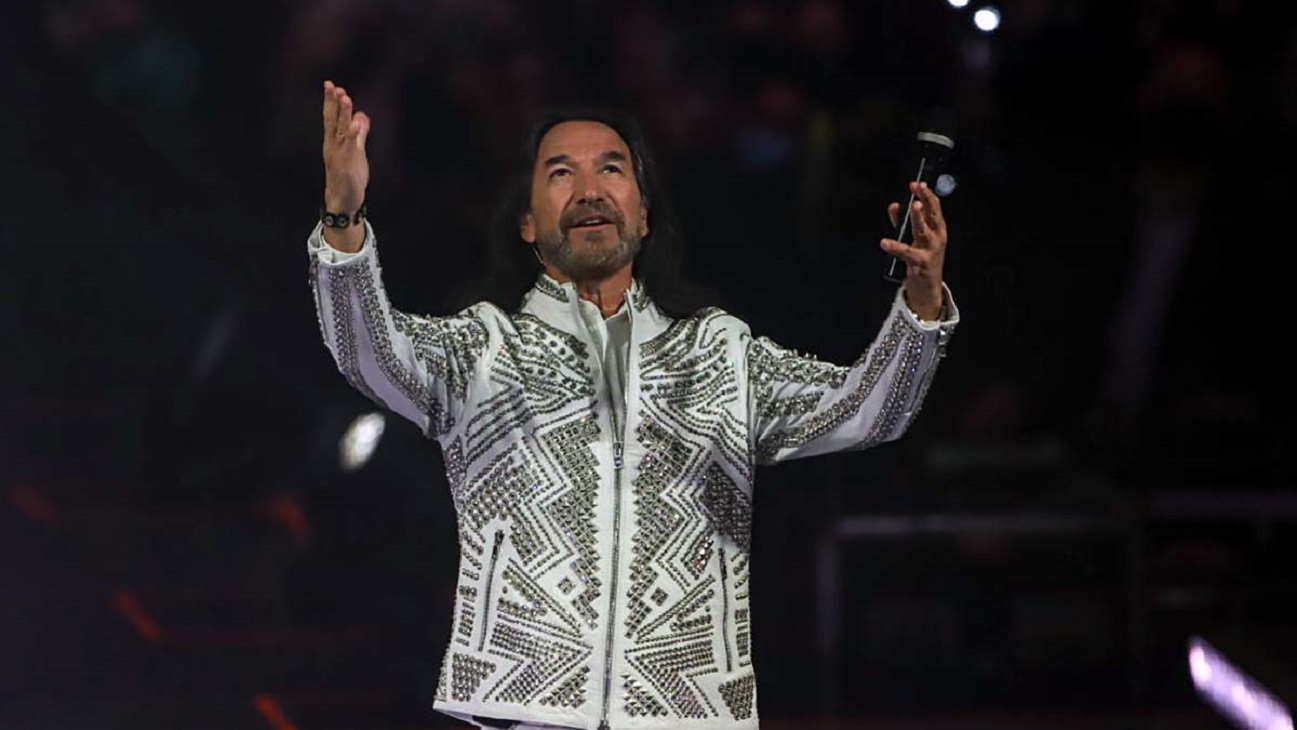 Marco Antonio Solís, "Person of the Year 2022" of the Latin Recording Academy

Is a recognition for his career spanning more than four decades, in which he established himself as one of the most successful artists in the history of Mexico

Marco Antonio Solís had already been recognized for his talent on several occasions. Among other awards, he has won five Latin Grammys and was nominated for six Grammys. Now, the Latin Recording Academy has decided to name him Person of the Year 2022 for his long career as a musician, composer, arranger, producer, actor and artistic director. Solís is pure talent and versatility.

The former founder of the legendary band Los Bukis, where he initially played the keyboard and then the guitar, will be recognized for his career spanning more than four decades, in which he established himself as one of the most successful artists in the history of Mexico. Dedicated to recovering and renewing his musical roots, his fans around the world recognize him as one of the great ambassadors of Latin music.

Born in Michoacán in 1959, Solís took his first steps and chords in 1970, when together with his cousin Joel Solis he formed the band Los Hermanitos Solis, which later became Los Soles Tarascos. It was the embryo of his next group, Los Bukis, who after recording their first LP “Casas de Carton” (1975), triggered their popularity in México and throughout Latin America.

In 1996, Solís launched his solo career with the release of “En pleno vuelo”, which sold half a million copies in one week and reached the top of the Billboard chart in the United States. A song published a few years later, “Si no te haberas ido”, became a radio hit in Mexico and the US. Top Latin artists, such as Beatriz Adriana, Paulina Rubio, Raphael, Rocío Jurado or Maná have recorded and reinterpreted his songs.

In his solo career, Solís released 16 albums, and has toured around the world with with Marc Anthony, Laura Pausina and Alejandro Fernández, among others. His musical legacy transcends multiple genres, making it difficult to put him into a specific style.

Manuel Abud, CEO of the Latin Grammy -the contest that grants the prestigious recognition- commented that “Solís is a living legend and one of the most emblematic figures of Latin music. He is an artist who transcends generational gaps moving millions of people with his lyrics that inspire greater acceptance and understanding.”

The singer and leader of Los Bukis thanked the Academy, his family, his fans and God. "Thanks to everyone who has witnessed my career, from my beginnings until today, and who in some way are also part of this important achievement," he said.

The Person of the Year is a distinction from the Latin Recording Academy to Spanish-speaking artists for their career and merits. With his achievement, Solís joins the list of 21 winners. The list of winners includes Rubén Blades (2021), Juanes (2019), Maná (2018), Alejandro Sanz (2017), Marc Anthony (2016) and other Latin musical legends.

This summer, Solís will embark on his first European tour, entitled “Que Ganas de Verte World Tour”, which will take him to countries such as Italy, the United Kingdom, Spain and France.

TAGS
faxad86909
I make 85 dollars each hour for working an online job at home. dso I never thought I can do it but my best friend makes 10000 bucks every month working this job and she recommended me to learn more about it.
The potential with this is endless...>>>>>> www.fuljobz.com
Log in | Register
00:00 / 00:00
Ads destiny link