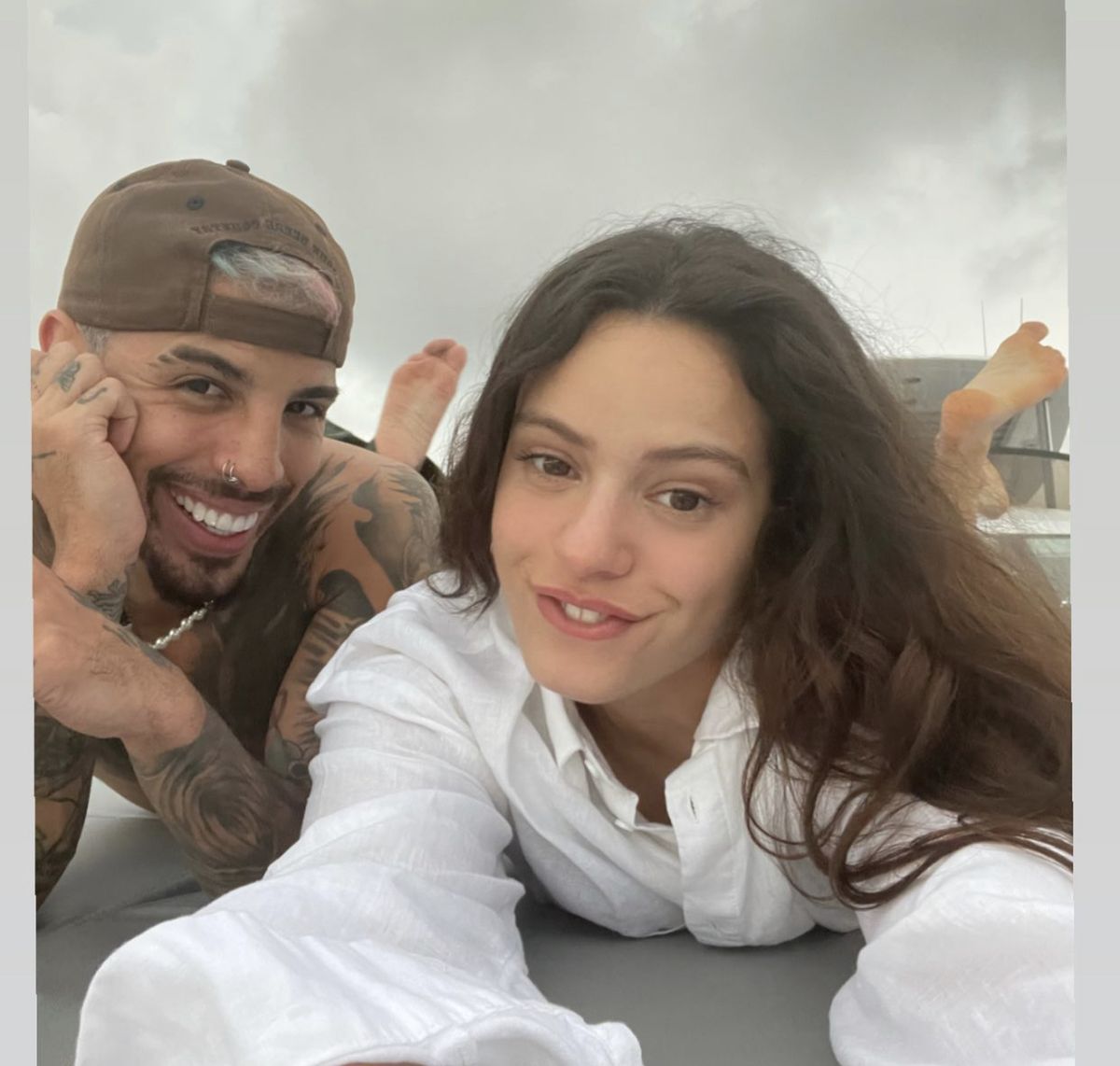 The Spaniard and Puerto Rican are the couple of the moment and the latter did not miss the opportunity to declare his love for her during his last concert.

Rosalía and Rauw Alejandro are more than happy after confirming their relationship and sharing it with their followers. They appear together in a recent post on social media, and the singer talks about his new girlfriend in every interview. During his last concert at the Palau Sant Jordi, the singer took the opportunity to declare his love to the Catalan artist in her language.

Rosalía has been accompanying Alejandro during his tour.

"Bona nit Barcelona, com esteu? (Good evening Barcelona, how are you?)(...) Barcelona és la millor ciutat del món i té les noies més guapes del món també (Barcelona is the best city in the world and has the most beautiful girls in the world too)," Rauw said as the audience screamed.

"Yes, yes, that was taught to me by Rosalía" confirmed the singer as he slowed down the rhythm of the concert. He performed "Aquel Nap ZzZZz," the most romantic song of his new album, VICE VERSA, while dedicating it to Rosalía.

"I made a very special song for a girl who is the love of my life," Alejandro said on stage before continuing with the show.

In an interview of the singer in the program El Hormiguero, he spoke for the first time publicly about his relationship with Rosalía and said that they see each other a lot and had some good words about the art of his new girlfriend. He called it something very "innovative."

The Catalan singer shared moments from her boyfriend's concert at the Palau Sant Jordi on her social media platforms, which she enjoyed alongside her friends.